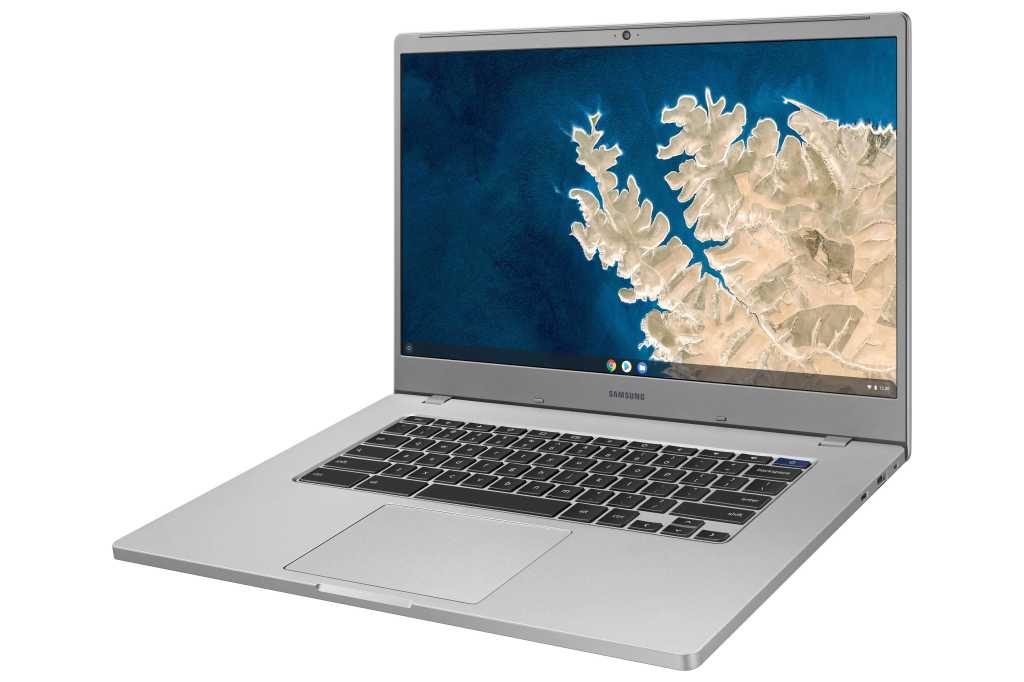 Samsung’s Chromebook 4 and Chromebook 4+, both announced Monday, represent one big upgrade and a bunch of little ones to the company’s popular line of entry-level Google machines. The laptops start shipping Monday as well, with starting prices of $230 and $300, respectively.

The little upgrades are common to both laptops, which are identically configured save for their display, weight, overall dimensions. and number of USB-C ports. We’ll run through the specs first, then talk over a few key details.

While overall the configurations remain modest, it’s nice to see Intel processors in Chromebooks, even if the Celerons are almost as low-end as one can get. We’ve used other Chromebooks with this CPU, and they work fine for everyday browsing tasks.

While you won’t find machined aluminum or other fancy materials on these affordable laptops, the matte-silvery (“Platinum Titan”) plastic chassis is attractive. Samsung hid all the screws for a sleeker look. The company also says the shells have met eight “military-grade standards” for durability (though no actual spec designations were noted).

Samsung was a Chromebook pioneer, and its Google products continue to be popular sellers. But even as some Chromebooks come out with nicer features (and higher prices), the bestsellers continue to be models around $250 or less—and some of those are rock-bottom basic. The Chromebook 4 and Chromebook 4+ seem to be part of the trend toward better-built and better-equipped Chromebooks at the low end, and that’s a good thing.