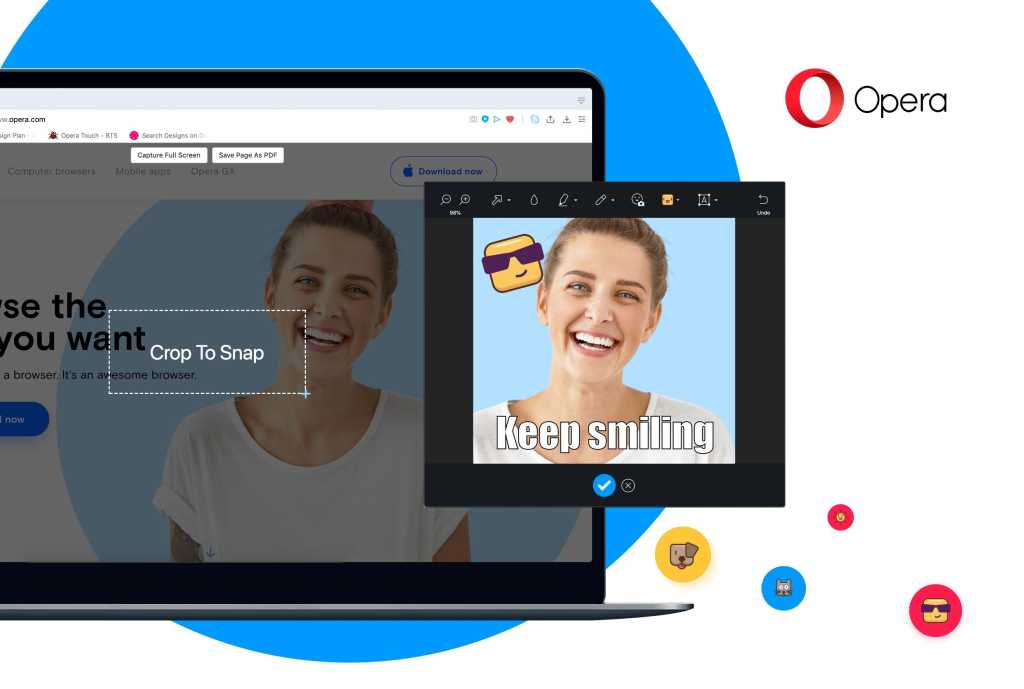 What’s more important to you in a browser: faster performance, greater privacy…or memes? With Opera 64 for the PC, Opera says you can have all three.

Opera 64 already includes a built-in ad blocker, which the company has said can increase performance. Opera 64 now includes a technology that blocks tracker scripts as well, improving performance by an additional 20 percent. One of the advantages, Opera says, is that the blocking script will prevent scenarios in which an item you checked out or bought online will “stalk” you, appearing in numerous ads on Web pages.

(Ad blocking would also prevent that from happening. But according to Joanna Czajka, the product manager of the Opera PC browser, the tracker blocker prevents your online behavior from being tracked, too.) Opera already provides a free, no-log, unlimited “VPN” proxy inside the browser, which has, to date, consistently allowed viewing of overseas Netflix content. There’s even an early-access “gaming browser,” known as Opera GX. Opera already ranks highly among our list of best browsers.

Opera also says that it’s enhanced its Snapshot tool, making it a quick-and-dirty tool for creating picture memes. Opera’s Snapshot tool already acted much like Microsoft Edge, in that it allowed you to take a snapshot of the page (using the camera icon at the edge of the address bar) and then ink on it.

Now, the Enhanced Snapshot tool adds some additional functionality: You can save the entire Web page as a PDF or image; blur and draw on part if it; or, most importantly, add text in three fonts, including the Impact font. It’s the latter font that popular meme sites employ, meaning that you or your kids can save a step and avoid visiting them to format their latest doge memes for public viewing. Opera even cuts out the need to save the formatted image—in certain cases, you’ll be able to post the image directly to Twitter.

Opera 64 should be available from the company’s download page.