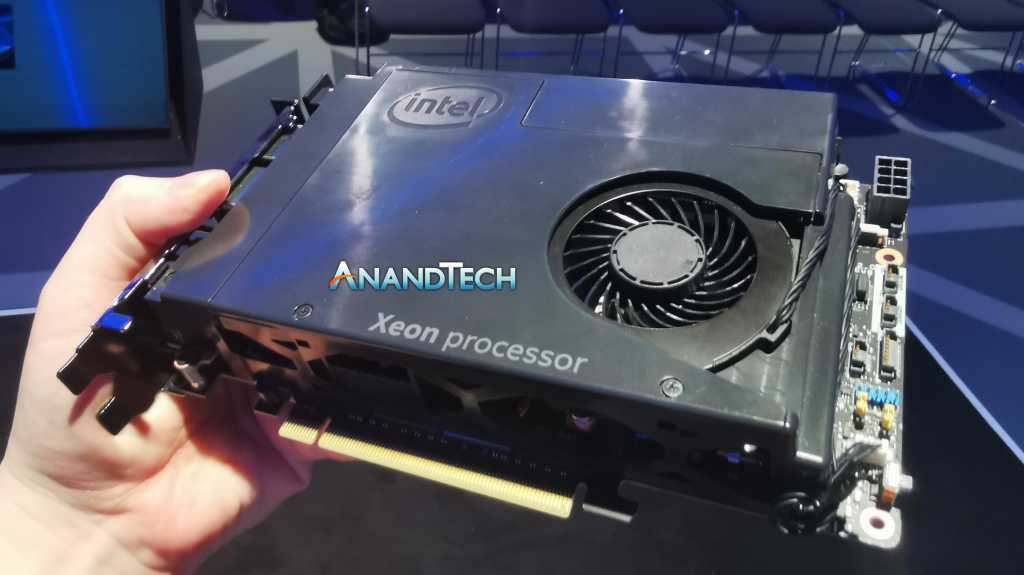 When we saw Intel’s NUC Compute Element this summer in Taipei, we thought that Intel’s spin on a modular laptop was interesting, though odd. It turns out that “odd” has an older sibling.

Let’s back up a bit. Because of the relative complexity of opening a PC, removing the processor and heat sink, and replacing it with something new, anything that simplified the ability for a user to buy a new Intel PC would benefit Intel immensely, spurring development of a modular PC design. Intel’s aiding and abetting this opportunity in two ways.

Intel has traditionally manufactured its own chipsets and microprocessors, but has branched out over the past few years to introduce its own small, compact-form-factor PC known as a NUC (Next Unit of Computing). These small external PCs, which come in many versions, have traditionally paired an Intel CPU with some memory, allowing users to add storage and peripherals as they see fit. The ”Hades Canyon” NUC, for example, used the Intel-AMD Kaby Lake-G processor and was well received.

Alongside the NUC’s development, however, were plans for smaller cards that could be placed inside PCs. The first was 2017’s Compute Card initiative, which never achieved any traction. While the Compute Card incorporated relatively anemic 5-watt CPUs, the next-generation Compute Element bumped that up to a more powerful 15-watt CPU.

Both the Compute Element and the “Element” essentially do the same thing: turn the CPU/chipset/memory portion into a module that can easily be replaced. As AnandTech reports, the Element’s far larger chassis hides a Xeon inside, together with Thunderbolt, ethernet, Wi-Fi, and USB connectors. The use of a Xeon processor implies this would be used in servers, of course, but there’s nothing saying that this couldn’t be adapted for a desktop PC.

The Element itself is a dual-slot PCIe card that’s designed to sit on a passive backplane—just a chassis whose other slots could be used to house external GPUs, storage, or other peripherals. The Element is still the PC (or in this case, the server), serving as the host controller for all of these other functions and powering the operating system.

The idea, though, is that the Element itself could be quite easily removed and upgraded, making the process of upgrading the CPU more akin to physically swapping out a GPU card—a relatively easy task—rather than replacing the CPU.

From Anandtech’s reporting, it sounds like the “Element” is more of a prototype than anything else. It isn’t clear whether Intel would manufacture Elements, or whether they’d be handed off to an OEM. It’s also not clear when they’d ship, or how much they would cost.

All told, the notion of a modular NUC Compute Element or “Element” appears to be bobbing along just underneath the surface right now. But easily upgradable PCs and servers would probably benefit just about everyone, and not just silicon manufacturers. It’s worth keeping an eye on this to see what develops.