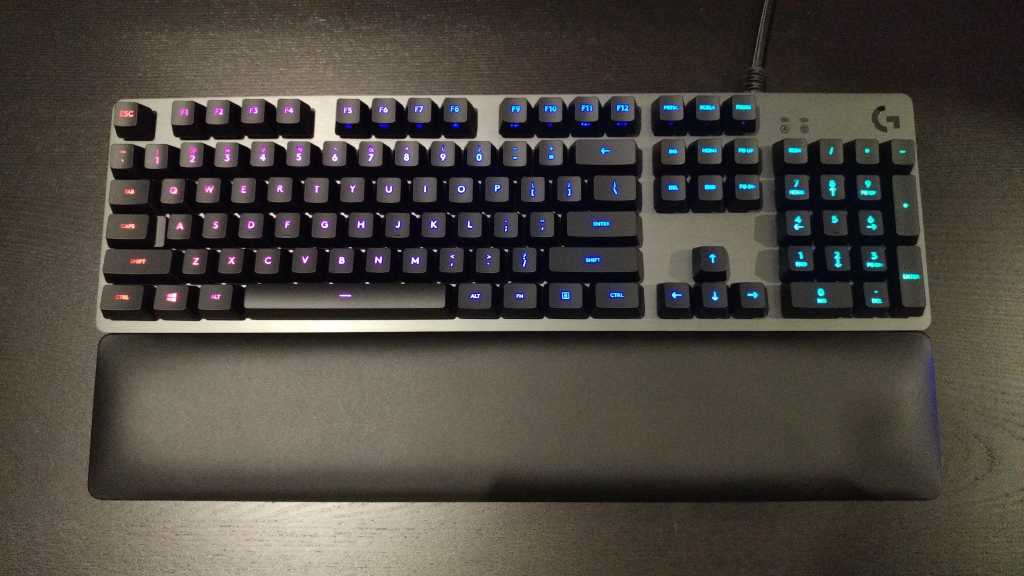 We liked the Logitech’s G513 so much we named it as the runner-up for best mid-range RGB gaming keyboard in our roundup, and today you can grab it for a great price: Amazon is selling the Logitech G513 RGB keyboard with GX Blue switches for $123Remove non-product link, good for $27 off its $150 list price and very close to its all-time low of $120.

The G513 features per-key lighting with Logitech’s Lightsync feature that allows you to sync RGB effects with other Logitech gear. It’s also rocking USB passthrough, an aluminum body, and a memory foam wrist rest. As for the keys, it has Logitech’s own GX Blue switches, which are the company’s take on Cherry MX Blues. That means they are designed to make an audible click when depressed, and they have a nice tactile bump.

The G513 we reviewed didn’t have these switches, but overall we really liked this keyboard. It looks great, works well, the wrist rest is comfy, and the homegrown Logitech switches are getting better. This keyboard doesn’t have any media keys, but overall it’s a nice device especially if you’re new to mechanical keyboards.