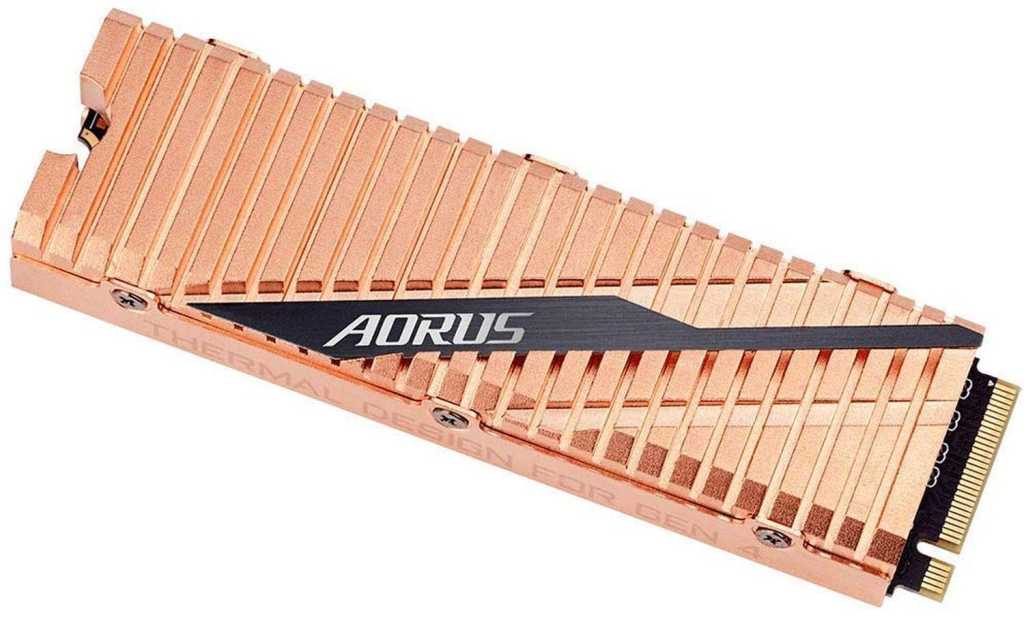 The blazing-fast future of storage arrived earlier this year when AMD’s excellent Ryzen 3000-series CPUs brought the PCIe 4.0 interface to the masses, promising speeds much faster than the stalwart PCIe 3.0 can handle. Better yet, the most high-profile versions of these cutting-edge drives just received significant price cuts.

Corsair struck first, dropping the price of its Corsair Force Series MP600 1TB from $250 to $200in mid-September. Today, Gigabyte retaliated, giving its copper-clad 1TB Aorus NVMe Gen4 SSD at $50 price cut, bringing it to $210. The reductions bring these known-brand SSDs on par with the pricing of Sabrent’s PCIe 4.0 SSD, the previous value leader at $208. Sabrent’s model has a much less robust heatsink than Corsair and Gigabyte’s offerings.

Don’t get me wrong: These PCIe 4.0 SSDs still aren’t cheap by any means. But living on the bleed-edge never is, and they’re a whole lot cheaper than before. You’re certainly getting more for your money, though, as the Aorus drive can hit speeds about 35 percent faster than the fastest PCIe 3.0 SSDs. Yes please.

You’ll need to buy into the latest and greatest AMD platform to access PCIe 4.0’s performance. Only Ryzen 3000-series CPUs slotted into an AMD X570 motherboard supports the new interface. If you use anything else, these drives will fall back to PCIe 3.0 instead. (Radeon RX 5700 series GPUs can also tap into PCIe 4.0 if you’ve got a compatible all-AMD rig.)

Intrigued but uninformed about this futuristic interface technology? Read our PCIe 4.0 primer for everything you need to know.