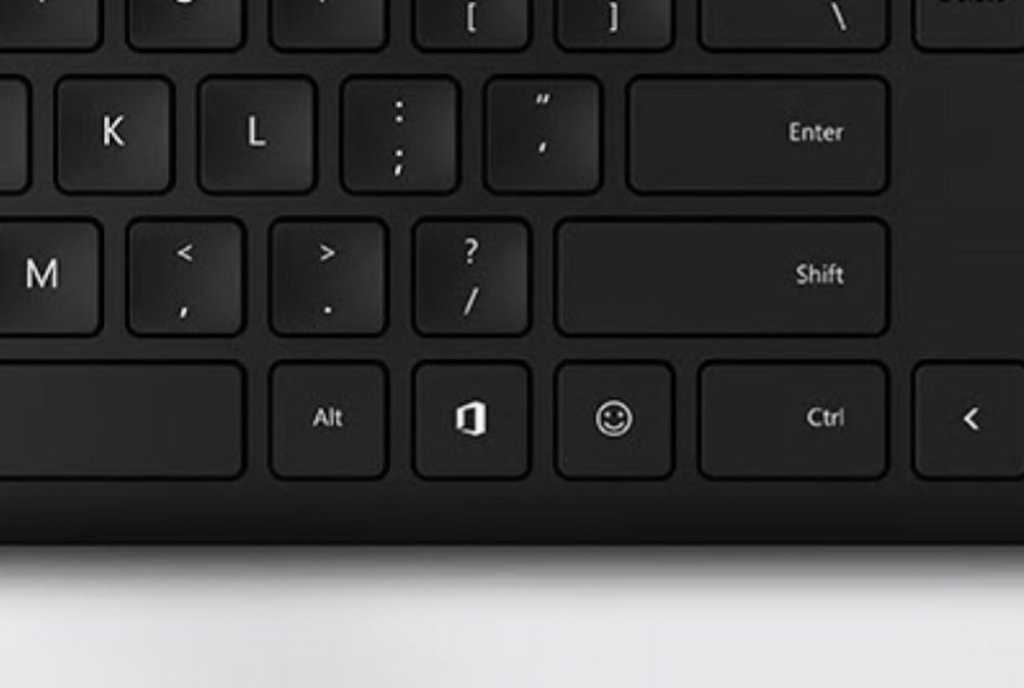 Both the $59.99 Microsoft Ergonomic KeyboardRemove non-product link as well as the $49.99 Microsoft Bluetooth KeyboardRemove non-product link have shown up on Microsoft’s site, though they won’t be available for purchase until October 15. Microsoft already has a line of ”Surface” keyboards to go along with its Type Covers, as well as a similar Sculpt Comfort keyboard, too. The implicit point Microsoft seems to be making with its new keyboards are that these will be the mainstream keyboards most users should buy.

Microsoft previously floated the idea for an Office key earlier this year, while Toshiba had announced plans for a Cortana key in 2015 that didn’t go far. It doesn’t look like the Office shortcut will be an “open” shortcut key, able to be remapped. Instead, it will be a fixed-function shortcut. (We’d guess that it will launch the Office app by default.)

The emoji shortcut may prove to be even more popular. Currently, Windows 10 users can open the emoji window by typing WIN and the semicolon (;) keys at the same time. The emoji window has been enhanced to now include kaomoji, which include more complex representations, such as ╰(*°▽°*)╯.  The emoji key can’t be reassigned on the Bluetooth Keyboard, but can be reassigned on the Ergonomic Keyboard, though just to the application key. It appears that the Ergonomic Keyboard will also allow the “favorite” and media keys to be reassigned using the Mouse and Keyboard Center software, while the Bluetooth keyboard’s keys will not.

The Ergonomic Keyboard is a wired, USB 2.0 keyboard that’s roughly the same dimensions as Microsoft’s existing ergonomic keyboards. It’s far cheaper than the $129.99 Surface Keyboard, however, which is slightly smaller and also wireless.

Microsoft’s Bluetooth Keyboard, however, runs on a Bluetooth Low Energy 4.0/5.0 connection, and is powered by a pair of AAA batteries. Both keyboards are designed for Windows 10, as the emoji and Office keyboard shortcuts won’t work on Windows 8 or 7.