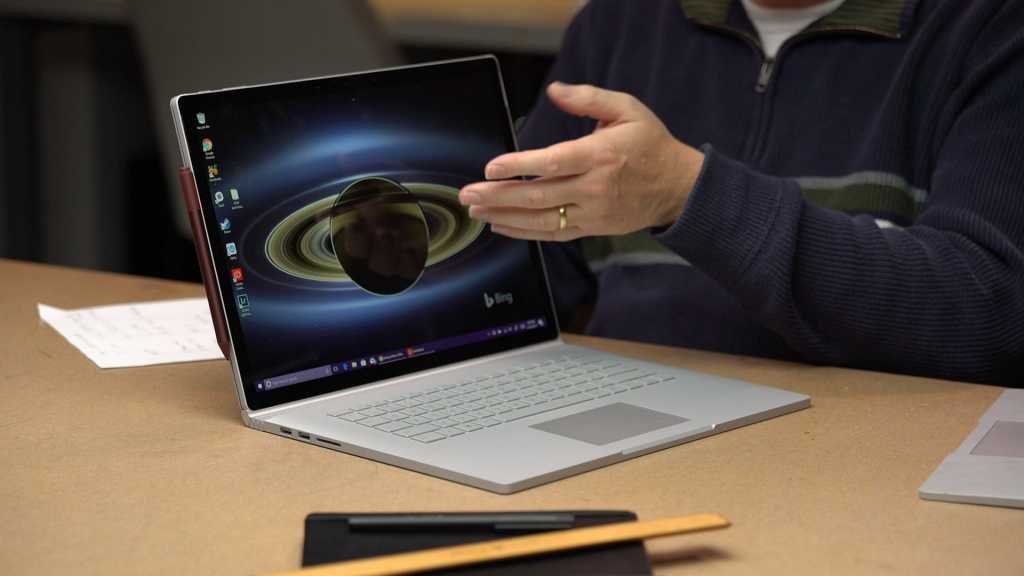 Microsoft has apparently fixed an issue with its Surface Book 2’s discrete GPU that prevented it from receiving the Windows 10 May 2019 Update, supplying new firmware to solve the problem.

As part of a new Surface firmware update released Friday, Microsoft apparently has fixed both a bug affecting the Surface Book 2’s discrete GPU as well as a separate issue that caused its CPU clock speed to slow to a crawl. Thurrott first reported the story.

Microsoft originally blocked the Surface Book 2 from receiving the May 2019 update in July, after the discrete Nvidia GPU either failed to show up in Device Manager, or that games that would use it failed to run—or both. Microsoft said at the time that it applied a “compatibility hold on Surface Book 2 devices with Nvidia dGPUs from being offered Windows 10, version 1903, until this issue is resolved.”

That hold came after I had already updated my test Surface Book 2 to the May 2019 Update, though I wasn’t able to run even basic games that required some sort of acceleration, such as Broforce.

Since then, however, I had noticed that the dGPU was showing up regularly, allowing me to play 3D games like Prey without issue, and for prolonged periods of time. It’s the end for a somewhat embarrassing period for Microsoft, since its flagship detachable notebook couldn’t receive its latest Windows 10 OS update.

In any event, if you own a Surface Book 2 (or just a Surface) you should be able to download the latest firmware via Windows Update, or you my have it already. We can’t help but wonder if someone at Consumer Reports is taking notes.