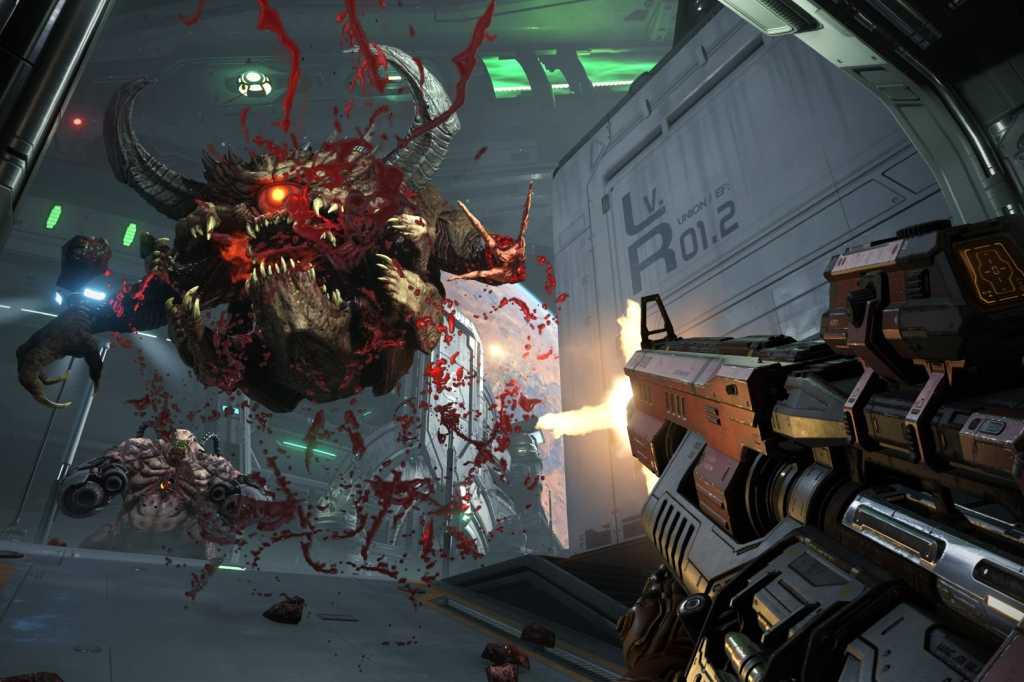 Start freeing up drive space. This week’s news is all about Call of Duty and Red Dead and their massive install footprints, plus Blizzard’s troubles with China, a new Surviving Mars spin-off, a Doom delay, a detective game that involves Picross, and more.

This is gaming news for October 7 to 11.

This week’s Epic Games Store freebie comes with a side helping of news. Paradox is giving away Haemimont’s space-age city builder Surviving Mars, along with last year’s Space Race expansion. I haven’t been back since the earliest days, but I’ve heard Space Race and the latter Green Planet expansions have put the game in a much better state than it was at launch. And hey, as always: It’s free. No reason not to grab it.

Anyway, the promo dovetails with news that the Surviving tag is being spun off into a full-blown series. We’re supposed to hear more details at Paradox’s annual fan convention, but for now we have a title— Surviving the Aftermath—and a post-apocalyptic teaser trailer.

The friend who told me about Murder by Numbers said “It’s a detective game where you solve crimes with Picross” and that’s all I needed to know. Developed by the team behind pigeon dating sim Hatoful Boyfriend, Murder by Numbers is already one of my most-anticipated 2020 releases. Do you even know how much time I put into Pictopix?

Back in 2017 I wrote an article complaining about rapidly inflating game installs. At the time, I was railing against games approaching the 100GB mark. Now, a mere two years later, that seems almost quaint.

This week, upcoming releases Call of Duty: Modern Warfare and Red Dead Redemption 2 released their requirements. Red Dead? 150GB. Modern Warfare? 175GB. If you have a data cap—and most of the USA does—that’s a third of your monthly limit for two games. Two. Utterly absurd, and it sounds like next generation won’t be any better, as Wired’s latest PlayStation 5 article says the next-gen console will use 100GB Blu-ray discs.

Better prep for a battle with Your Local Cable Monopoly here in a year or two.

Speaking of Modern Warfare, Infinity Ward finally showed off the return of the co-op “Special Ops” mode this week. A favorite of mine from the Modern Warfare 2 days, it sounds like this latest iteration will expand to four-player co-op and involve “four multi-stage experiences…across a sprawling urban environment around the city of Verdansk.” There are also standalone missions, playable solo or in co-op. I sunk a lot of time into Spec Ops back in the day, so I’m excited to see it take the place of the Zombies juggernaut for at least one year.

If that’s not enough Modern Warfare, there’s also a shiny new launch trailer. And to think, it doesn’t even release for two more weeks.

One break for your ailing hard drive at least: Doom Eternal ‘s been delayed. Originally slated for a November 22 release date, basically bringing up the rear of 2019, it’s now been pushed back to March 20, 2020. That’s great news for November, as you can focus on Red Dead Redemption 2 (and Planet Zoo) in peace. It’s of course terrible news for future-you, as Doom‘s now slated to land among Wasteland 3, Baldur’s Gate, Dying Light II, Cyberpunk 2077, and all the other games scheduled for the first half of 2020.

Hitman 2‘s post-release road map wrapped up last month, so it’s time to look forward to IO’s next project. What is it? No idea, but WB and IO did confirm this week that they’ve signed a publishing deal for a second game, one involving a “new universe” a.k.a. not Hitman 3. The last time IO took a break from Hitman it was to make Kane & Lynch, so…well, let’s hope this time is more successful.

It’s rare I pay attention to crowdfunding these days, but Chorus has a great one-sentence hook that piqued my interest: It’s a musical. An interactive musical. You can see an example in the Fig trailer, wherein the lead character confronts a Minotaur in song, with Telltale-style dialogue choices that change the lyrics. Pretty cool, though it seems like it’d be hellish to make. You’ll find the crowdfunding campaign over at Fig, where they’re hoping to raise $600 thousand to finish the game ahead of a 2021 release.

The Stadia saga keeps getting weirder. This week, Google’s Madj Bakar gave an interview to Edge wherein he claimed “In a year or two we’ll have games that are running faster and feel more responsive in the cloud than they do locally.”

How, you ask? The answer is “negative latency,” or predicting a player’s possible actions before they happen. It may sound like magic, but it’s actually pretty commonplace. Many multiplayer shooters already take advantage of this concept to tighten up their netcode. That said, the claim that Stadia games will feel more responsive than your own PC? That’s maaaaaybe a bridge too far. We’ll see in a few years, I guess.

This week’s biggest story is undoubtedly China. Specifically, China’s relationship with the games industry, mostly via publisher Tencent. I’m not going to wade too deeply into the story, but basically the timeline goes like this:

1) Hearthstone player “blitzchung” was interviewed after a tournament win and took the opportunity to say “Liberate Hong Kong,” in support of the ongoing protests. Inven Global preserved the video clip, which has been widely taken down elsewhere.

2) Blizzard rescinded blitzchung’s prize winnings and suspended him from tournament play for a year. Blizzard also cut ties with the two casters who interviewed him, saying “We’d like to re-emphasize tournament and player conduct within the Hearthstone esports community from both players and talent.”

3) People got mad. The fallout’s spread all week, with more Hearthstone casters publicly quitting, teams dropping out of tournaments, people suspending their World of Warcraft subscriptions and other symbolic gestures, Epic feeling the need to assert that it wouldn’t do the same to any Fortnite pros, and Blizzard’s own employees apparently staging a walkout. (Via The Verge and the Daily Beast)

So what’s next? Nobody really knows. China’s got a lot of money in gaming, both via its massive (and growing) player base and the more formalized relationships between Tencent and various publishers in the USA and Europe—including Riot, Epic, Frontier, Paradox, Discord, Ubisoft, Activision-Blizzard, and more. And while there’s no indication (as far as I’m aware) that Tencent forced Blizzard to suspend blitzchung this week…well, offending China is clearly bad for business. Bad enough Blizzard decided to take the PR hit instead. Expect more friction in the future.