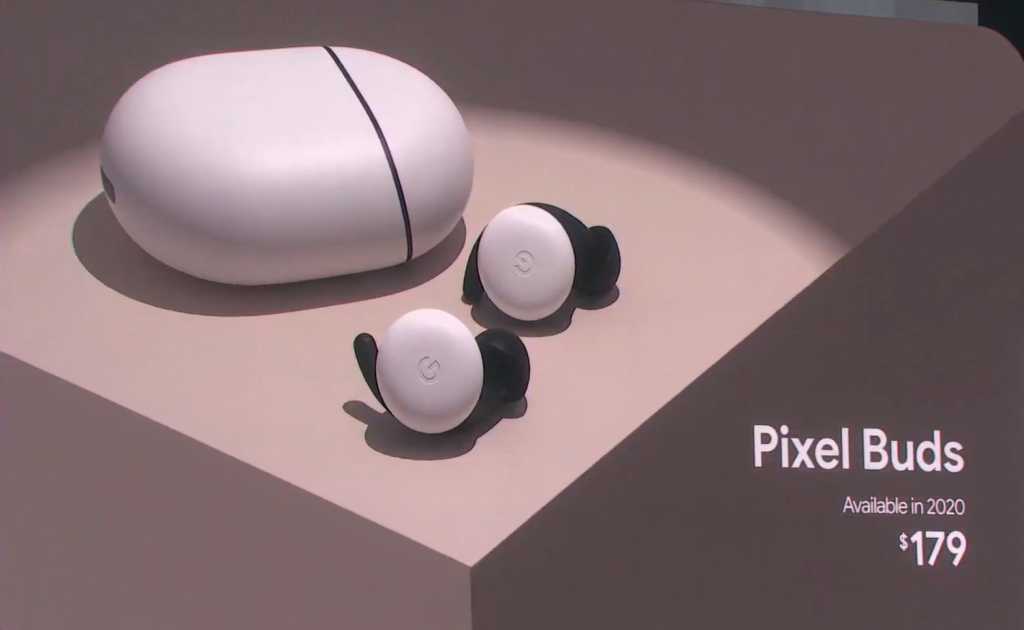 Google’s Pixel Buds, first released in 2017, just couldn’t compete with better offerings from dedicated bud manufacturers, and stacked up even more poorly against Apple AirPods. Today, though, Google announced a Pixel Buds update slated for Spring 2020, and if its Made By Google presentation is any indication, the company is intent on making the new version a major technological make-good.

The original Pixel Buds delivered access to Google Assistant, but the implementation was clumsy, requiring tap prompts. The new Buds, though, promise hands-free access to Assistant, letting you ask for walking directions, control your music playback and translate languages in real-time (among other tasks) with just a verbal “Hey Google” prompt. Google says the new Buds will include “on-device machine learning chips,” suggesting Assistant tricks should improve over time.

Bluetooth range? It was a problem with the original Pixel Buds, which actually were wired bud to bud. The new Pixel Buds feature a true wireless design, and Google says Bluetooth range will cross three rooms indoors (rather vague) and a fully football field outside (360 feet).

Battery life is rated at five hours, with another 24 hours promised via the new wireless charger, which appears to ditch the frustrating, difficult-to-fully-close design of the first generation product.

As for the buds themselves, Google says the new Pixel Buds will deliver better sound quality, sit flush with one’s ears, and include a “spatial vent” to reduced that “plugged ear feeling.” There’s also a “voice accelerometer” that detects speech through your jawbone to improve “beam-forming” microphone performance in windy or noisy conditions, and the buds will dynamically adjust volume to ambient noise conditions.

It all sounds pretty groovy, but Google will really need to nail this update to erase the product line’s disappointing legacy. Earbuds aren’t just commodity accessories any more, and it you’re going to attach the Pixel name to anything, it better deliver a truly premium experience.