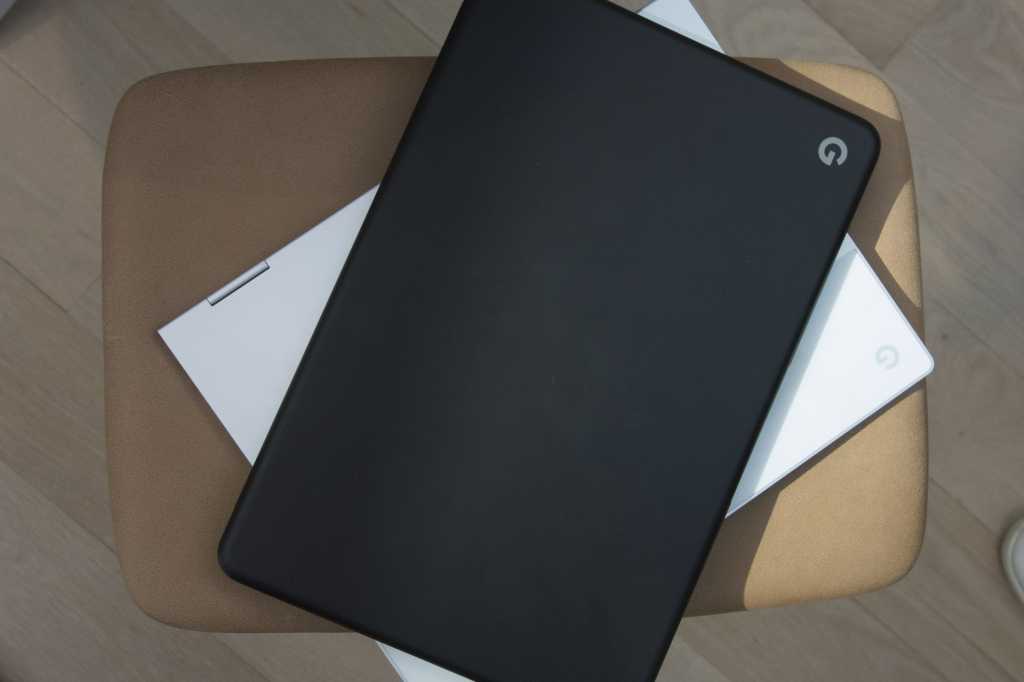 The Pixelbook Go is nothing less than a mea culpa from Google, making good on the Pixel Slate. Launched last year at the very same Made By Google event, the Pixel Slate was such a mess, it led Google to declare that it was out of the tablet-making business for good.

The Pixelbook Go is what the Pixel Slate should have been all along: an affordable version of the Pixelbook. Instead of trying to one-up the iPad Pro with a half-baked tablet interface and really bad keyboard, the Pixelbook Go carves its own path with a great form factor, fantastic specs, and a funky design. Oh, and it has one of the best keyboards I’ve ever used.

Compared to the Pixelbook—which Google will continue to sell for its original $999 starting price tag—the Pixelbook Go has a larger screen, a newer processor, a better front camera, and longer battery life, all for a hundred less. In fact, if you choose the closest apples-to-apples model, with a Core i5, 8GB of RAM, and 128GB of storage, it’ll cost you $150 less than the Pixelbook.

Mind you, you’re giving up a Quad HD display with a 360-degree hinge and Pixelbook Pen support, but the Chromebook Go’s target audience won’t miss those things. All they’ll want is an ultraportable laptop that looks good, performs well, and doesn’t cost a thousand bucks. And the Pixelbook Go wants to deliver just that.

A weird design with a great keyboard

The most striking feature about the Pixelbook Go is the part most users and manufacturers ignore: The bottom. Where the Pixelbook has a two-tone white rubber and silver design, the Pixelbook Go has a rippled design that Google says makes it easier to carry.

I don’t know about that, but it’s definitely unique. The underside of the case has a washboard pattern flanked by two rubber feet so it rests flat on a table. I didn’t get to carry it too far during my hands-on, but I didn’t love the feel of it. And it didn’t seem any easier to carry than my Pixelbook. But I did appreciate the extra weight on the bottom, which allowed me to open it with just one finger.

The rest of the Pixebook Book Go is made of black or (not) pink magnesium and has a smooth matte finish and curved corners like the Pixel Slate. The Pixelbook’s glass trackpad remains—though it feels somewhat more precise here—and the bezels around the screen are significantly trimmed. All said, the whole package is slightly smaller and lighter than the Pixelbook.

And that’s with a larger screen. The Pixelbook has a 13.2-inch widescreen display versus the Pixelbook’s 12.3-inch 3:2 display. I don’t generally love widescreen tablets or laptops, but Chrome’s full-screen nature might make it more bearable. The Pixelbook Go has way fewer pixels than the Pixelbook (1920×1080 vs 2400×1600), but I brought along my Pixelbook to the Pixel briefing, and the two displays didn’t look noticeably different. Besides, if you want to spring for the Core i7 model for $1,399, you get a whopping 4K display, which seems ridiculous. But, hey, to each to his or her own.

But more than the design or the display, I was most impressed with the PixelBook’s keyboard. As a MacBook user, I’m extremely sensitive to key sound and travel, and the Pixelbook already has one of my favorite keyboards, with soft, springy keys that barely make a sound. The Pixelbook Go takes that a step further with Google’s new backlit Hush Keys, which I literally couldn’t hear while typing. And I pounded them as hard as I could. Granted, the room was fairly loud, but I could hear the keys on the Pixelbook.

The Pixelbook Go’s starting price of $649 is higher than most Chromebooks, but it’s a great price for what you’re getting. The entry-level model has an eighth-gen Core M3 processor with 8GB of RAM and 64GB of storage—far more than what you’re going to get in a standard Chromebook.

The options go up from there, but make no mistake, the emphasis here is on the base model’s affordability. Everything about the Pixelbook Go—including its name—gives it a more playful vibe than the Pixelbook, and Google has given it a price to match.

While playing with it, I was reminded of the original iBook, which re-imagined Apple’s high-end laptop for the masses. The Pixelbook Go hopes to do something similar, and based on my first impressions—and one of the best laptop keyboards I’ve ever used—it just might succeed.