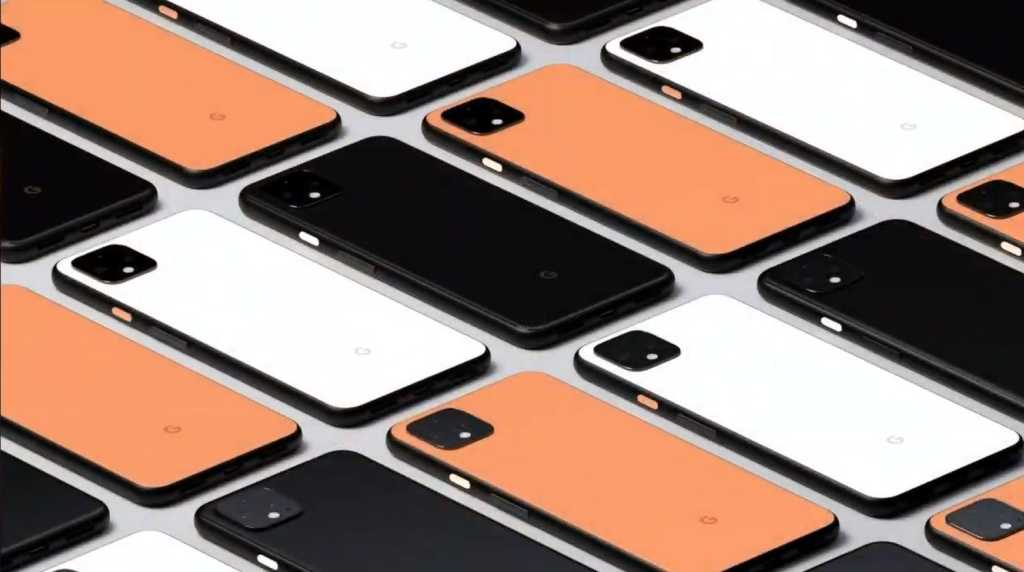 Google finally unveiled the Pixel 4 and Pixel 4 XL at its Made By Google event in New York City today, and frankly, there weren’t many surprises left after months of leaks and teases, many by Google itself.

A lack of surprises doesn’t mean a lack of excitement, though, as the Pixel 4 packs enough punch to catapult it to the top tier of Android devices yet again—propelled by a new generation of impressive software tricks, as well as a camera setup that’s been both upgraded and downgraded simultaneously.

Here are five things you need to know about the new Google Pixel 4 and Pixel 4 XL.

The Pixel 4 is taking a page from the iPhone 11’s design with a rotund backside hump that’s home to not one, but two camera lenses. Finally. Google leans heavily on software tricks to power the Pixel’s amazing photography, but the lineup lingered on a single camera lens for far too long now.

Both the Pixel 4 and Pixel 4 XL will be outfitted with a 12MP dual-pixel sensor as well as a new 16MP telephoto camera—not a wide-angle lens. They’re “roughly 2x” and support Google’s Super Res Zoom technology.

Google is pairing the multi-lens setup with its computational photography chops to support features like Live HDR+, White Balancing for truer colors, and Dual-Camera Exposure—all in real time. You’ll have separate sliders for shadows and brightness while you compose your shots.

The more advanced hardware setup also lets the Pixel 4 extend Google’s Portrait Mode further than before, letting you add Bokeh-like effects to much larger objects. The superb Night Sight mode also receives a boost to enhance shots in the dark, using the second lens to shorten the time to take a shot, and computational photography tricks to balance colors, deepen darks as appropriate, and clean up the final shot, removing the graininess that nighttime shots are infamous for.

Those dual rear cameras come at a cost, though: While the Pixel 3 packed a pair of front-facing lenses for wide-angle Group Selfies, the Pixel 4 reverts to a single 8MP selfie cam.

Want to feel like Harry Potter? The Pixel 4’s “Motion Sense” technology lets you “skip songs, snooze alarms, and silence phone calls, just by waving your hand.” On-stage, a presenter even showed how you can wave to Pikachu in Pokemon Go.

It sounds cool, but we’re skeptical about how useful the technology will be in day-to-day life, especially after LG’s similar Air Motion feature flopped in the G8 ThinQ. That LG required frustratingly precise motions that made it far easier to just press buttons in the traditional manner rather than resorting to the intriguing hand-waving technology.

Google revolves around software, though, and the company showed a video describing how much work went into training the “Project Soli” motion sensor to avoid unintended gestures. Google also says that Motion Sense will evolve over time, so fingers crossed (get it?) that this winds up being more than just a mere gimmick.

The phone’s biometric controls hold more practical promise. Google loaded the front of the Pixel 4 with a variety of sensors, including a pair of “face unlock IR cameras” and a “face unlock Flood Illuminator.” Apple’s Face ID kicks ass, and Google’s version could be even more advanced. Here’s how the company described it in an early preview:

“As you reach for Pixel 4, Soli proactively turns on the face unlock sensors, recognizing that you may want to unlock your phone. If the face unlock sensors and algorithms recognize you, the phone will open as you pick it up, all in one motion. Better yet, face unlock works in almost any orientation—even if you’re holding it upside down—and you can use it for secure payments and app authentication too.”

Your face unlock details will stay on your phone, protected by Google’s Titan M security hardware. Biometric data won’t be sent to other Google services. The Pixel 4’s biometric security sounds promising, especially after the ho-hum attempts by other companies at bringing Face ID-like technology to Android. We can’t wait to test it out.

The latest Android and Assistant software

The Pixel 4 serves as the debut for the faster, more context-aware Google Assistant revealed at Google I/O earlier this year, allowing you to carry out fast-paced conversations to drill deeper into topics. At I/O, Google claimed that the next-gen Assistant is 10x faster than before and much more aware of your needs thanks to a new Personal References setting that taps into your Google profile.

What’s inside the Pixel 4

Google has never wowed us with specs like Samsung, so if you’re were waiting for a Pixel 4 with 12GB of RAM and a terabyte of storage, you’re going to be disappointed. Google didn’t reveal many firm hardware specs at its event, but the Pixel 4 tech specs page goes much deeper. Here’s what’s inside:

Of course, there’s still no headphone jack. All the specs align with earlier rumors, so we’re going to quote our analysis from our Pixel 4 preview:

“A couple of things stand out here. For one, there’s a new chip called the Pixel Neural Core that will likely handle the Visual Core’s precious computational photography duties, as well as AI tasks. There’s also no headphone jack, but that’s hardly a surprise.

What is surprising, however, is the battery capacity. The Pixel phones have never blown us away with battery life, and the Pixel 4 likely won’t either. Assuming these numbers are accurate, the Pixel 4 XL only has 270mAh more capacity than its predecessor, and the Pixel 4’s battery is actually smaller by 115mAh. We’ll have to see what wizardry Google is cooking up in Android to optimize battery life, but on paper, these cells look woefully small.

Otherwise, the Pixel 4 should be a good, if not great phone. It doesn’t use the the newer Snapdragon 855+ like the OnePlus 7T, but the 855 should be plenty fast. Thankfully, it has 50 percent more RAM than the Pixel 3, but it still lags behind the Galaxy S10+, Galaxy Note 10+, and other high-end premium phones. And the 64GB of based storage (with no expandable memory slot) is starting to feel a little cramped.”

Like we said, the Pixel lineup never focused on having the latest and greatest hardware inside, so Google’s phones usually cost a bit less than Samsung and Apple’s four-figure flagships. And they still do, despite some early rumors to the contrary. The Pixel 4 starts at $799 for a 64GB model, while the larger Pixel 4 XL costs $899. Tack an extra $100 onto each if you want to upgrade to 128GB of storage. They’ll be available in three colors: Just Black, Clearly White, and a limited edition Oh So Orange.

Preorders are available now, with the Pixel 4 expected to ship on October 24—just in time to show off your Oh So Orange model on Halloween.