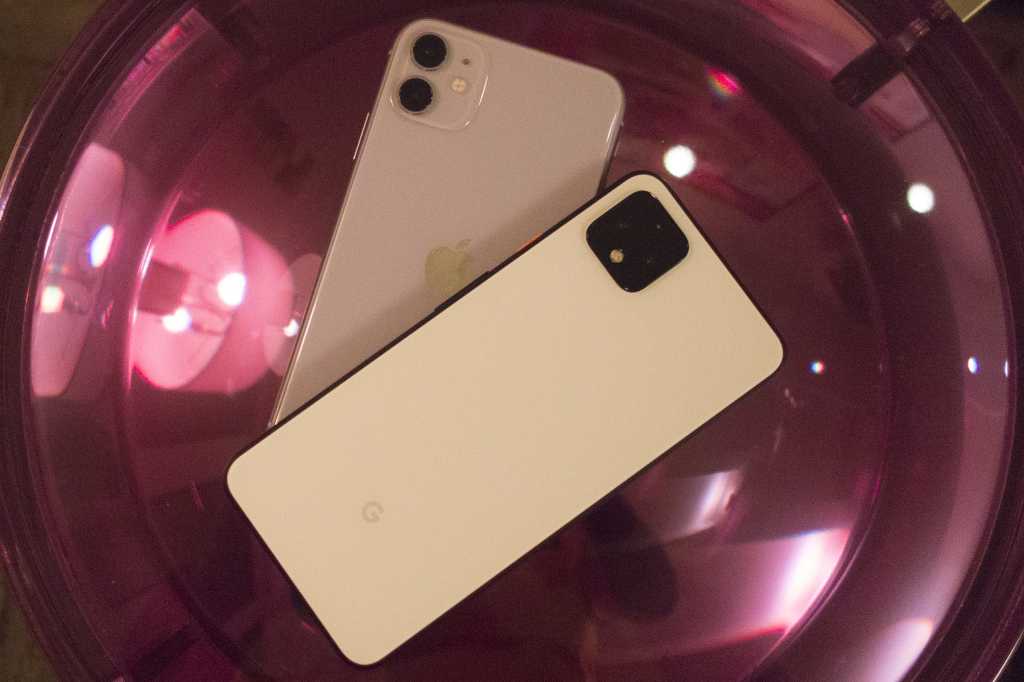 In an alternative universe, Google is the Apple of Android. People are counting down the days until the Pixel 4 goes on sale, and forums are filled with debates over how much better the square camera bump looks in person. The question isn’t over whether the Pixel 4 is worth its price tag, but which color and how much storage to get. And the lack of earbuds in the box is courageous, not cheap.

In this reality, however, the Pixel 4’s price is just too damn high. Even though the rumors of a $100 price hike didn’t come to fruition, at $999 for the 128GB 6.3-inch XL model, it costs the same as the Galaxy S10+, and $250 more than the iPhone 11. And while it may stand up to both of those phones on the spec sheet, here’s the reality: Google missed a golden opportunity to take a stand against outrageous phone pricing and position the Pixel 4 as an alternative to high-priced premium handsets, not just another option.

When you boil down what the Pixel 4 doesn’t have—a knockout design, an 855+ processor, 128GB of base storage, expandable memory, or a pair of earbuds in the box—it’s becomes painfully clear that it’s just not good enough to compete at the same price as the Galaxies and iPhones of the world. And when Apple is the standout for value, then you know you’re really doing something wrong.

The right phone at the wrong price

There was a time not too long ago when the Pixel was the darling of the Android world. In a sea of ugly interface skins, useless features, and questionable updates, the Pixel was originally seen as an Android savior and actually undercut Galaxy S7 pricing by a few bucks. However, it’s gone up from there:

When that first Pixel launched, it cost the same as the iPhone 7 and iPhone 7 XL, which could hardly be considered cheap. And while Google’s new phones are technically less expensive than the iPhone 11 Pro and Pro Max, Apple offers a cheaper counterpart for budget-minded buyers in the $699 iPhone 11. Google has no equivalent.

Therein lies the problem. The iPhone 11 isn’t a Pixel 3a-caliber cut-rate iPhone either. The iPhone 11 has a top-of-the-line camera, processor, design, and battery, all of which match or best the Pixel 4 at a much lower price tag. With a simple $50 price cut, Apple put pressure on every Android phone maker to lower their prices too, starting with the Pixel 4. But Google missed the memo.

Where’s the Pixel 4e? The Pixel 4 Lite? Or even just a good old price cut? For the past few months, Google has been selling the Pixel 3 for $499 and the Pixel 3 XL for $599. Those are killer prices that would make the Pixel 4 miles more appealing, forehead and all. As it stands, there’s very little to justify a $899 price tag for the Pixel 4 XL, but at $599, the Pixel 4 would outshine even the iPhone 11. Now, it just looks overpriced.

For the first time since its launch, a new Pixel model will be available at all four major US carriers after a three-year exclusive run at Verizon. That’s a big deal for sure, but with a price tag that’s as high as the S10 and iPhone 11 Pro, the Pixel 4 is going to be a tough sell. When someone goes shopping for a phone, they look at two things first: price and design. The Pixel 4 isn’t attractive on either front. So most buyers looking to get a premium phone will likely look elsewhere before even learning about the Pixel at an AT&T or T-Mobile store.

And that’s a shame. Google isn’t selling just another Android phone with the Pixel 4. It’s one of the only phones that promise three years of updates that may or may not ever arrive on other phones. It’s the only U.S. Android phone with 3D facial unlocking. And its next-generation Assistant could be a big help for people with disabilities. And that’s to say nothing of Google’s own motto of “making life easier every day.”

Google says that devices aren’t the center of the system, you are. That may be true, but everything Google does, from the new Assistant to Motion Sense to the Nest-powered Home Feed, revolves around the Pixel. It’s the center of the Google universe, and the integration it brings simply isn’t offered with any other Android phone.

But Google is keeping people out by keeping the Pixel’s price tag needlessly high. If it can make a $399 Pixel 3a, it can make a $599 Pixel 4 XL. With a slew of products all designed to make your life easier, Google should want as many people using a Pixel as possible. Instead, Google is technically charging more for the Pixel 4 by removing the earbuds from the box and eliminating the free unlimited original quality storage for Google Photos.

After four generations, the Pixel can no longer stand on the strength of its name. As Android phones get more competitive and more powerful, Google should be standing apart from the premium crowd, not trying to compete with a stale design and a too-high price tag. Simply put, we need a Pixel version of the iPhone 11. Or just a massive price cut for the Pixel 4.