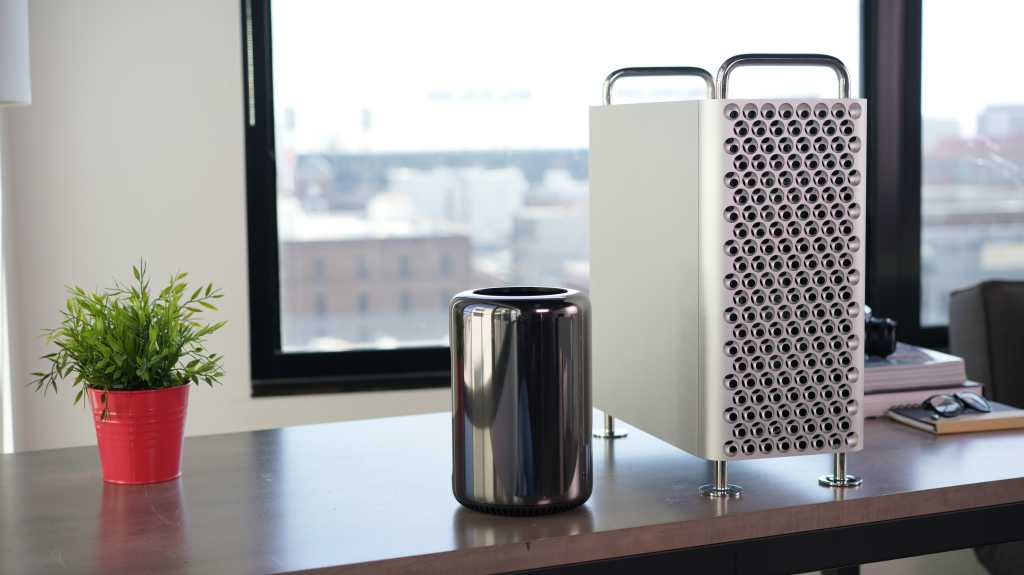 If you’ve been waiting literally years for Apple to refresh and begin selling a new Mac Pro lineup, the Dune Pro might be what you need. The all-aluminium (yes, we’ll spell it that way to humor Apple) case could be called an homage to the still-not-available Mac Pro that was announced in June. Others might call it a clone or a copy cat, but some understand replicas are just cool.

The Dune Pro follows PC industry standards, so just about any PC part can go inside. It went live on Indiegogo on Monday morning Pacific Daylight Time, and by Monday afternoon, it had already met 108 percent of its goals.

The early bird edition goes for $188 and comes with a cheese-grater front bezel. By and large though, pre-orders for the Dune Pro skew toward the more Mac-Pro-ish optional large hole “Dice Y” aluminum bezel, which goes for $279.

No Mac Pros in sight

Yes, Apple introduced its new Mac Pro in June, but we still have no word on when the updated version will hit the streets, due to parts constraints. Apple had apparently been seeking exceptions from tariffs for the wheels, the power supply, the CPU cooler, a charging cable, and circuit board, according to a report in Bloomberg News. That means Apple will likely pay a 25-percent tariff on those parts, or build them in the US.

After seeing those prices, you can understand why someone might want to buy a Dune Case, pick up a bundle of parts, and roll their own Hackintosh instead.

Dune Pro even has a bulk deal with the Dice Y cover, so maybe, just maybe, someone at 1 Apple Park Way can add to cart and buy to get those new Mac Pros out faster.