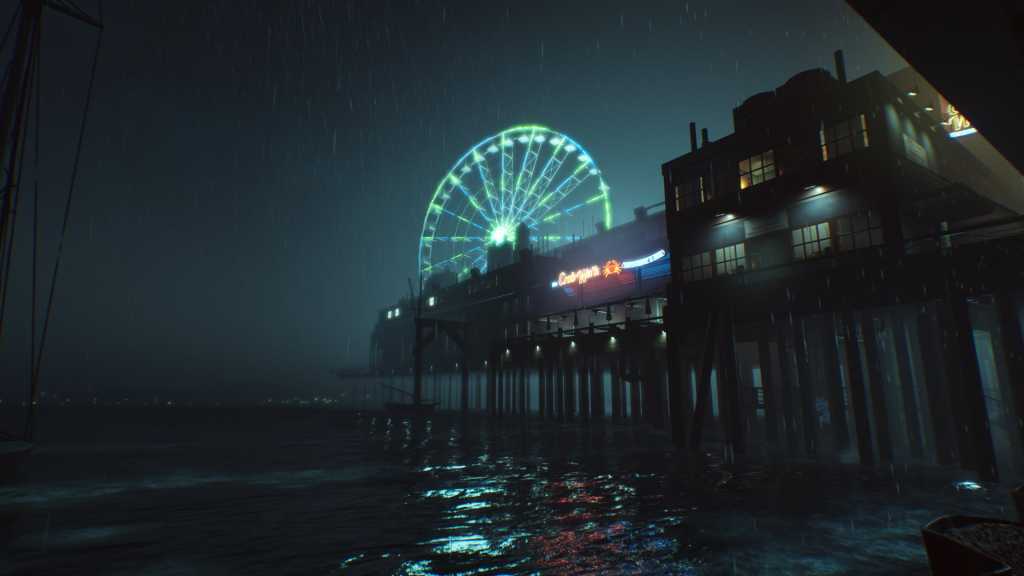 Spring 2020 is incredibly crowded, but it got a bit less so this week as Vampire: The Masquerade – Bloodlines 2 slips its release date. Am I sad? Sort of, but mostly just relieved.

That news, plus the Internet Archive expands its DOS collection, Riot finally branches out from League of Legends in a big way, Saints Row II is getting a workable PC port, Postal 4 exists, and more. This is gaming news for October 14 to 18.

Epic’s drummed up more great freebies this week. Alan Wake’s American Nightmare is a flawed spin-off, but has a great Twilight Zone vibe and some neat time loop ideas. And then Observer is maybe Bloober Team’s best game, a cyberpunk-horror detective story with some obvious Philip K. Dick influences.

Next week’s looking great too. Bloober’s Layers of Fear is paired with the gorgeous Portal-esque puzzler QUBE 2, which is another solid combo. We’re closing in on the Epic Games Store’s first anniversary, which may mark the end of the giveaways. If so, it’s been one hell of a run.

And if you haven’t hoped onboard Crusader Kings II‘s sprawling monarchy sim-slash-grand strategy game-slash-wild story generator yet, Paradox announced that to celebrate PDXCON this weekend, the base game is now free on Steam. Wow. If you wind up loving it, there’s an utterly massive amount of DLC available for the game, though it isn’t included as part of the freebie. It’s all on sale for 50 percent off this weekend though.

If older games are more your speed, good news: The Internet Archive added another 2,500 classic PC games to its collection this week. That more than doubles the archive, which started up in 2015 with 1,500 titles. The new batch features some good’uns too, including The Secret of Monkey Island, Microsoft Flight Simulator, Loom, The Incredible Machine, Night Trap, and more. All you need is a browser and a halfway-decent Internet connection.

I’m still pretty amazed the Internet Archive can keep adding these games. The legality seems…questionable. That said, I’m definitely not going to complain. Game preservation is important, and it’s a great way to both revisit old favorites and introduce new audiences to games they missed—or maybe weren’t even alive to see the first time around.

One of October’s quieter releases, Funcom’s Moons of Madness is out next week. I was really intrigued by what I played of this one at E3, reminiscent a bit of Soma‘s psychological horror—at least in the early hours. The end of the demo did seem like it was headed for a tacky chase sequence though, so…we’ll see. Regardless, it’s out next week and there’s a new trailer saying as much.

Larian giveth, and Larian taketh away. Divinity: Fallen Heroes was just announced earlier this year, a pseudo-sequel to Original Sin II that would put more emphasis on tactical combat. Now it’s postponed “for an unspecified period of time,” according to a statement posted this week.

“We all agree there’s a great game in there that will sometime reach the players who await it,” the statement continues, but “It has become clear to everyone involved that the game will need far greater development time and resources than are available now to bring it to fruition.”

Alas, you’ll just have to be content with Baldur’s Gate III as your consolation prize.

You won’t get to console yourself with Vampire: The Masquerade – Bloodlines 2 though. Not in the spring, at least. Hardsuit Labs, by way of Brian Mitsoda, confirmed the game has slipped its original Q1 2020 release and will now land somewhere later in the year. It’s a good statement, opening with “For the last three and a half years, we’ve worked hard to bring you a worthy successor to Bloodlines 1. To us, that meant not only making good on the ambitions of this remarkable game, but also a duty to ensure we would not repeat its mistakes,” a reference to the original game’s notoriously buggy and half-finished state.

Anyway, Paradox is scheduled to announce a bunch of games on Saturday and will likely talk about Bloodlines 2 as part of that event. Maybe we’ll get a new release date? Keep an eye out.

Of all this week’s announcements, the unveiling of Postal 4: No Regerts is probably the most unexpected. A new Postal? In 2019? Sure. Whether it’s any good, I have no idea—but you can find out for yourself, as the announcement coincided with an Early Access release. The trailer doesn’t give me the highest hopes, but hey, it can’t be as bad as Postal III right?

In a bygone era, before it sent players into space and gave them superpowers, Saints Row was a serious series. PC gamers might not know that though because the high-point of that period, Saints Row II, is a dumpster-fire of a port. It’s legendarily unstable, even with a raft of user-made fixes installed.

Turns out the reason was Volition lost the source code at some point. And now? They’ve found it. Kotaku reports that the source code’s been found, and that Volition plans on fixing the port in the near future. You’re still free to prefer the more ludicrous sequels, but at least now you can prefer them for the right reasons.

2018 was not a good year for Starbreeze, but 2022 might be—assuming they can survive that long. Starbreeze quietly announced this week “an expected release of Payday 3 in 2022-2023.” That’s still quite a ways out of course, but a sequel to Starbreeze’s best-selling game is probably a pretty good way to save the company from an ignominious end. (Via Eurogamer)

For a decade now, Riot’s been pretty much a single-game studio—and why not? When your single game is League of Legends, one of the biggest in the world, you’re probably doing okay for yourself. But whether the MOBA genre is sagging or they’re just bored, Riot went ahead and announced about a half-dozen new projects this week, some long-rumored and others a complete surprise.

First, the long-rumored: Riot acquired Rising Thunder developer Radiant in 2016 and it was pretty much assumed they’d develop a League of Legends-themed fighting game. And guess what? They’re making a League of Legends-themed fighting game. Referred to as “Project L,” it’s still a ways off, with Tom Cannon saying during the stream “Don’t expect anything soon.”

Also in the works? An action-RPG (Project F), a collectible card game (Legends of Runeterra), and an animated TV series (Arcane).

But most surprising of all, Riot’s also working on a shooter. It’s currently labeled Project A, and—gasp—it’s not League-themed.

Did you know Planetside Arena was out? I didn’t know Planetside Arena was out—and maybe that’s the problem. Daybreak’s Planetside battle royale was the latest bet by a struggling company and it doesn’t seem they were able to capture the same lightning as H1Z1 once commanded. This week Arena lead designer Tony Morton tweeted that his team had “lost some really good people,” and apparently it wasn’t the only team hit. Condolences to those affected, and hopefully Daybreak has some ideas where to go from here. This is the third significant round of layoffs in the span of a year, which seems pretty damn dire.

The fallout continues to spread from Blizzard’s suspension of Hearthstone pro blitzchung last week. First, a refresher: The controversy kicked off when blitzchung used the phrase “Liberate Hong Kong, revolution of our age” in a post-match interview. He was suspended for a year and his prize winnings revoked.

Blizzard then chose the dubious route of commenting on the matter last Friday evening, in the “Nobody’s working now, right?” period where corporations often try to dump bad news. There’s some good news, as blitzchung’s suspension was commuted to six months and his prize winnings reinstated. But Blizzard President J. Allen Brack’s statement is paper-thin, especially a section that reads “I want to be clear: our relationships in China had no influence on our decision.” Even if that is the case, Blizzard might as well shout that sentiment into a hurricane. Or into a blizzard, if you will.

It’s hard to imagine the statement helped at all, and indeed the situation’s continued to escalate this week. To stick to its own arbitrary rules, Blizzard was then forced to suspend another Hearthstone team that held up a “Free Hong Kong” sign. Then Nintendo canceled an Overwatch event at its New York City flagship store, specifying that it was Blizzard’s decision.

And the timing could not be worse, as BlizzCon takes place November 1 to 3. There are murmurs of multiple large-scale protests planned for the event.