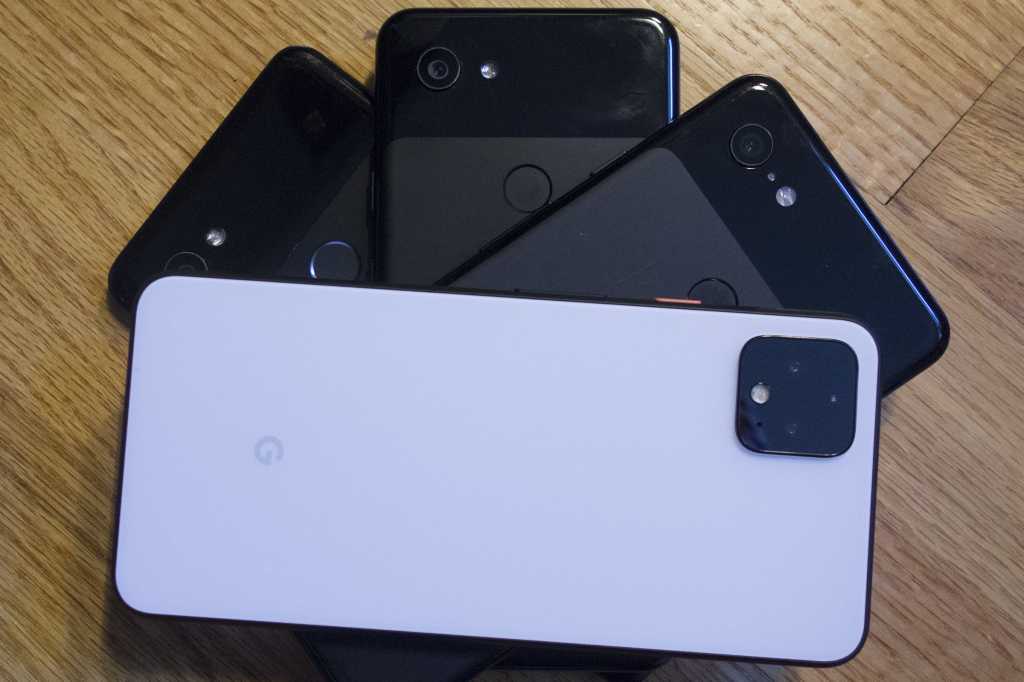 The Pixel 4 is set to go on sale this week, and if you buy one, you’ll be sure to get the Pixel with the best processor, camera, and Assistant features. But just because it’s the latest thing doesn’t mean it’s the greatest—nor that you should run out and drop nearly a thousand bucks on one. The Pixel 4 and 4 XL certainly bring a whole bunch of new tricks to the Pixel’s bag, but are the new parts and paraphernalia worth an upgrade or a switch?

What’s better than before

Specs: As always, Google has upgraded nearly every component that matters in the Pixel 4 and Pixel 4 XL. You’ll get a new processor in the Snapdragon 855, 50 percent more RAM (6GB vs 4GB), and a new second telephoto lens for the rear camera, so zoomed shots and portraits will look better. You’ll also get a bigger battery in the Pixel 4 XL (3,700mAh vs 3,430mAh) and a slightly bigger screen in the smaller Pixel 4 (5.7-inch vs 5.5-inch) versus the Pixel 3. The Pixel 4 also features a 90Hz refresh rate for smoother scrolling and swiping.

Features: There are two major new features in the Pixel 4 XL: Motion Sense and Face unlock. Face unlock replaces the rear fingerprint scanner with a Face ID-style 3D camera for secure facial recognition, and Motion Sense lets you control certain actions on your phone (such as snoozing alarms) without touching the screen. You also get the new speedier Google Assistant and a new Recorder app that transcribes everything you record using live AI. You also get a handful of new camera features, most notably Astral mode (for snapping pics of stars), live HDR+, and Dual Exposure for controlling exposure and tone mapping.

What’s not so great

Specs: Design-wise, the Pixel 4 isn’t a huge improvement over the Pixel 3, but if you hated the Pixel 3 XL’s notch or love square camera bumps, the new look will be an improvement. Still, it pales in comparison to the Galaxy Note 10 and iPhone 11 Pro. There a few other head-scratching deficiencies: the battery has been reduced from 2,915mAh in the Pixel 3 to 2,800mAh in the Pixel 4. You still have the same 64GB and 128GB base storage with no expandable memory slot. And in addition to the lack of a headphone jack, Google isn’t including a pair of USB-C earbuds in the box this time around. The Pixel 4 also doesn’t have the 3’s dual front camera, though the remaining camera retains the ability to take wide-angle selfies.

Features: In my testing, Motion Sense worked very well, but it’s limited to switching music tracks, snoozing alarms, dismissing timers, and silencing calls. That’s a pretty small feature set, but there is a ton of potential going forward. Whether the Pixel 4 actually realizes it is another story. Face unlock also works well, though Google warns that someone could use your face to unlock your phone even if your eyes are closed (i.e., you’re sleeping). Granted, a bad actor could also use your finger to unlock your phone when you’re not fully conscious, but facial unlock is supposed to be virtually impenetrable. So this is a pretty big hole—and one that’s not present on the iPhone.

Google has announced that “a version of” Night Sight’s new astral photography feature (that lets you snap pictures of stars) will make an appearance on the Pixel 3 and 3a. However, the new Neural Core on the Pixel 4 likely means the feature won’t be as good on older phones. Presumably the new Google Assistant and Recorder app will also be making their way to older Android phones, but Google hasn’t announced their arrival yet.

If you have to have the latest of everything, this is the phone to buy. However, with a very high price tag, few groundbreaking features, and a couple of curious deficiencies, you might also want to consider the discounted Pixel 3—or possibly wait to see what the Pixel 4a brings next year.

What you’re not getting

Specs: Aside from the slightly slower processor and less RAM, the biggest difference between the Pixel 4 and Pixel 3 (as well as the other Pixels) is a single rear camera lens. You also won’t be getting the Motion Sense or Face unlock features. And while the displays are very similar in size, the Pixel 4’s 90Hz refresh rate makes them feel way faster.

Features: Motion Sense and Face unlock are missing on the 3, as is the new Assistant and Recorder app, at least for the time being. As far as the camera goes, Live HDR+ and Dual Exposure are MIA as well.

Unlike the Pixel 4, the Pixel 3 has a fingerprint sensor on the back and a dual selfie camera. It also features dual front-firing stereo speakers and a bigger battery in the 3 XL. And you’ll get free unlimited storage of your photos in original quality through January 31, 2022. (The Pixel 4 only offers free storage in high quality unless you pay for extra Google One space.)

Unless you have to have Motion Sense, you should consider the Pixel 3, especially if you can get it for the current $300 off sale that Google is offering through its online store. You’re not giving up too much speed, and the extra camera benefits on the Pixel 4 won’t leave you with FOMO. And as time goes by, some of the 4’s unique features, such as the new Google Assistant, are sure to make their way to the Pixel 3.

What you’re not getting

The Pixel 3a is Google’s budget Pixel phone, so you’re not getting the latest of anything. So forget speed and glass: The Pixel 3a has a mid-range Snapdragon 670 processor, Full HD display, plastic back, and isn’t IP rated for water resistance (though Google says they can withstand splashes). And while the camera on the Pixel 3a is practically identical to the one of the Pixel 3, the 3a is missing the dedicated Pixel Visual Core image signal processor, so some of the finer computational adjustments on Night Sight and other features won’t be available.

A headphone jack! The Pixel 3a is the only Pixel phone Google sells with a 3.5mm headphone jack. Also the plastic back means the 3a is lighter and a bit more durable than the all-glass Pixel 3 and 4.

The Pixel 3a isn’t just the cheapest way to get into a current Google phone, it’s also a great Android phone in its own right. For $399, you get a nice OLED display, a great camera, and of course the Google promise of three years of Android updates. And it’s one of the few remaining phones to have a headphone jack. Even without the latest specs, it’s still a very, very good phone for $399.

What you’re giving up

The Pixel 2 doesn’t have wireless charging, which was introduced on the Pixel 3. Both phones also have smaller displays compared to their Pixel 3 and 4 counterparts (5 inches on the Pixel 2 and 6 inches on the Pixel 2 XL). It has slightly lower IP67 water resistance versus IP68 on the 3 and 4, so you can only dunk it in a meter of water rather than 1.5 meters. And it may or may not receive Android 11 next year since Google only guarantees two years of updates.

The Pixel 2’s aluminum back makes it more durable than the glass on the Pixel 3 and later. You’re also getting front-facing stereo speakers, which Google abandoned on the Pixel 4. And while the Pixel 2 doesn’t have any features that the other Pixels don’t have, as the first phone with the Pixel Visual Core ISP, many of the Pixel 3’s camera features work just as well here.

I wouldn’t recommend paying anything more than $250 for a Pixel 2 (and even that might be too much), but if you’re on an extremely tight budget and really want a Pixel phone, a $200 refurb will be a good option.

What you’re giving up

The original Pixel is missing water resistance and wireless charging, the XL model has a tiny 5.5-inch display, it has an outdated design, and it probably won’t be receiving any more Android updates since its three-year guarantee is up. It also has a paltry 32GB of base storage, half as much as the Pixel 3a.

Like the Pixel 3a, the original Pixel has a headphone jack, which is missing on all of the other models. Google originally offered free original quality photo storage in Google Photos for all Pixel users, but it’s not clear if that promotion will still be applicable.

I wouldn’t recommend an original Pixel in 2019 unless you can get it free—and even then you might want to consider something newer.