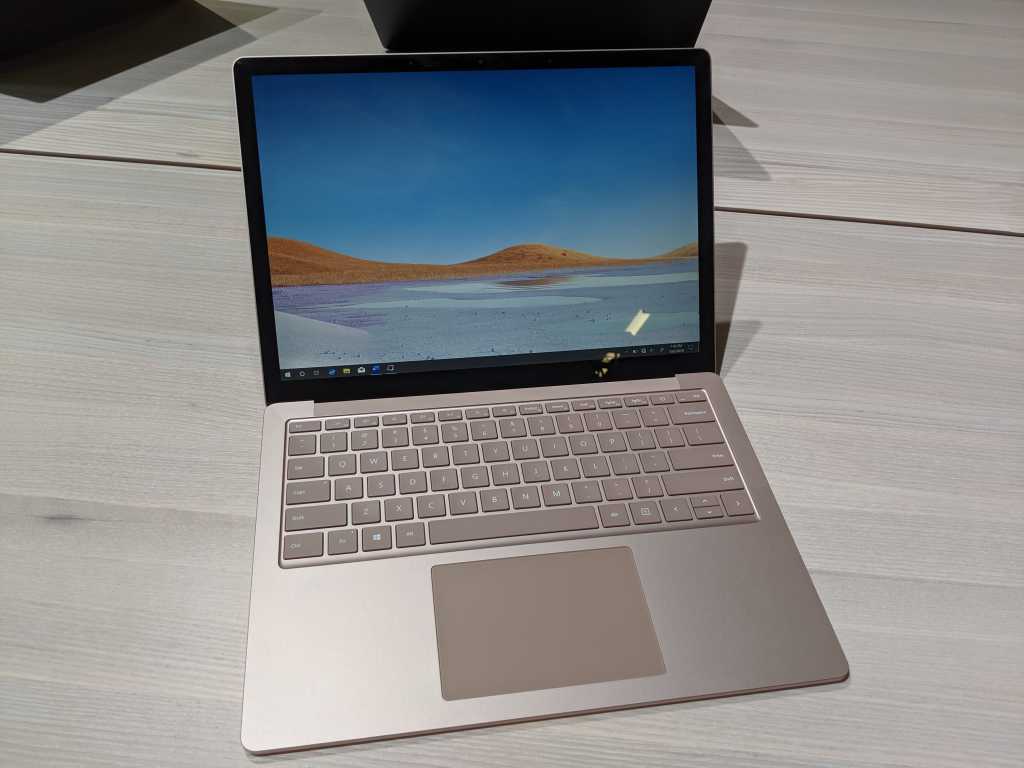 While Microsoft touted the serviceability of the SSD inside the Surface Laptop 3 and Surface Pro X at the launch, Microsoft Store service agents tell PCWorld that the drive is replaceable, but not upgradable, by Microsoft Store employees. For now.

If you try it yourself, though, you could void your warranty.

But Microsoft’s prices also make it worth further exploration. They’re crazy: A 13.5 Surface Laptop 3 with a Core i7/16GB/256GB configuration costs $1,599. A version with a 512GB SSD costs $1,999, or $400 more. Buying a configuration with a 256GB SSD inside and then upgrading it yourself, or via the Microsoft Store, would make smart financial sense. If it were possible, that is.

What Microsoft told us

PCWorld called three Microsoft Stores, and asked service agents what the process might be for replacing the Surface Laptop 3’s SSD. Answers somewhat varied, as the service agents had to field a number of calls. But in all three cases we were told that it simply wouldn’t be possible to buy a low-end Surface Laptop 3 and have it upgraded in the Store. Microsoft representatives, though, added a critical caveat, though: for now.

That’s because, at least according to one technical support staffer, the SSD inside the Surface Laptop 3 isn’t upgradable, just replaceable. Being able to replace the SSD inside a Surface Laptop 3 is a technical convenience in case a user needs to replace the Laptop, but save their data, or migrate the data over to a new machine. (We doubt that there are any technical limitations to upgrading the SSD, but that’s what we were told.) That statement was backed up by a sales staffer at a second store, who said that she had researched the issue with several on-site support technicians. A staffer at a third store told us, in response to our question of whether Store staff would upgrade the Laptop 3: “Basically, the answer is no.”

That’s true, Microsoft representatives confirmed: All repairs must be serviced by a Microsoft authorized service provider, with a Microsoft Store specifically recommended.

“Depending on the model and technical issue, Microsoft Stores can help with swapping the SSD into a similar device,” Microsoft representatives said in a statement. “However, they are unable to do an upgrade at this time.” (Italics were part of the original emailed statement.)

The Microsoft Store staffer told us that while there’s nothing preventing a user from upgrading their Laptop 3, you run the risk of voiding the manufacturer warranty “if something goes wrong.” It does sound like there’s an exception, however, as she told us that Microsoft Complete, a warranty that covers accidental damage to a Surface or Xbox—would cover it.

Microsoft tells us that merely opening the Surface Laptop 3 won’t void the warranty—but yes, the limited manufacturer warranty will not cover any damage that occurs because of it. (Microsoft has yet to confirm whether Microsoft Complete will cover any damage.)

At the Surface launch in New York City, chief product officer Panos Panay showed off how accessible the Surface Laptop 3 really is, with a video that apparently requires removing the rubber bumper “feet” on at least two of the corners of the Surface Laptop 3, then removing a star screw. The top of the Laptop should then be removable. The CGI rendering of the SSD makes it look like an mSATA drive, but with a single screw. Microsoft representatives, however, said that it’s an M.2 NVMe SSD.

Panay said at the time that the Laptop 3 was designed for aesthetics first. “Most of the time when you make a product that’s serviceable, there’s weight, there’s extra thickness, you’ll see what I call trap doors—I can’t look at them, they drive me crazy,” Panay said at the event. “But on this product we’ve done none of that.”

Panos also warned users not to try this at home. “Don’t do that,” he said. “Don’t send me the tweet that says I tried to rip the top off and now it’s broken, and it’s your fault. So do not do that.” At some point, though, it’s possible that Microsoft Stores may be able to step in and solve the problem.