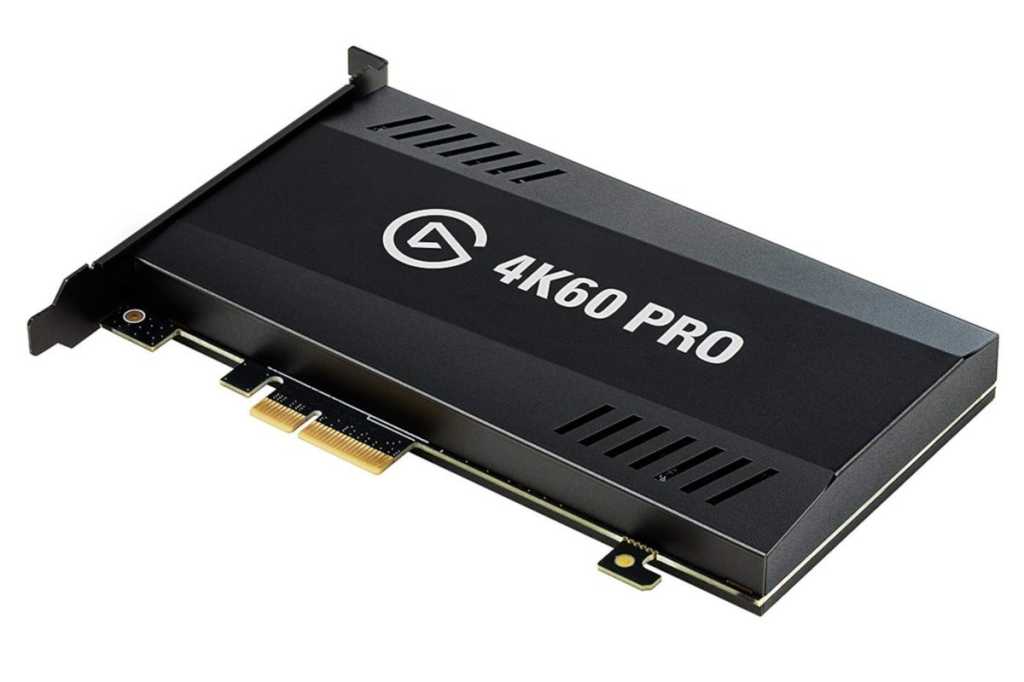 Amazon has a fantastic deal to put that empty PCIe slot on your desktop to work if you’re interested in streaming or recording your gaming antics to share it with the world. The awesome Elgato Game Capture 4K60 Pro is on sale for $200. That’s a whopping 50 percent off its MSRP and matches the all-time low for the high-end video capture card, which normally sells for $320 or more even on sale.

The Elgato 4K Pro is a PCIe x4 expansion card built to capture gameplay video up to 4K resolution at 60 frames per second with a maximum bitrate of 140 Mbps. It also has no trouble capturing 1080p at 60 fps if that’s your current speed but have plans to upgrade to 4K in the future.

The Elgato 4K Pro also comes with software features such as Flashback Recording to automatically record gameplay in the background, then keep the good bits for later upload to YouTube or Twitch. There’s also Stream Command, so you can stream your gameplay without extra software such as the popular OBS streaming suite.

The Elgato 4K Pro is a fantastic capture card for any streamer who wants to up their Twitch or YouTube game. If the 4K Pro is still too pricey, the Elgato HD60 Pro is also on sale for $160–$40 below its usual price.