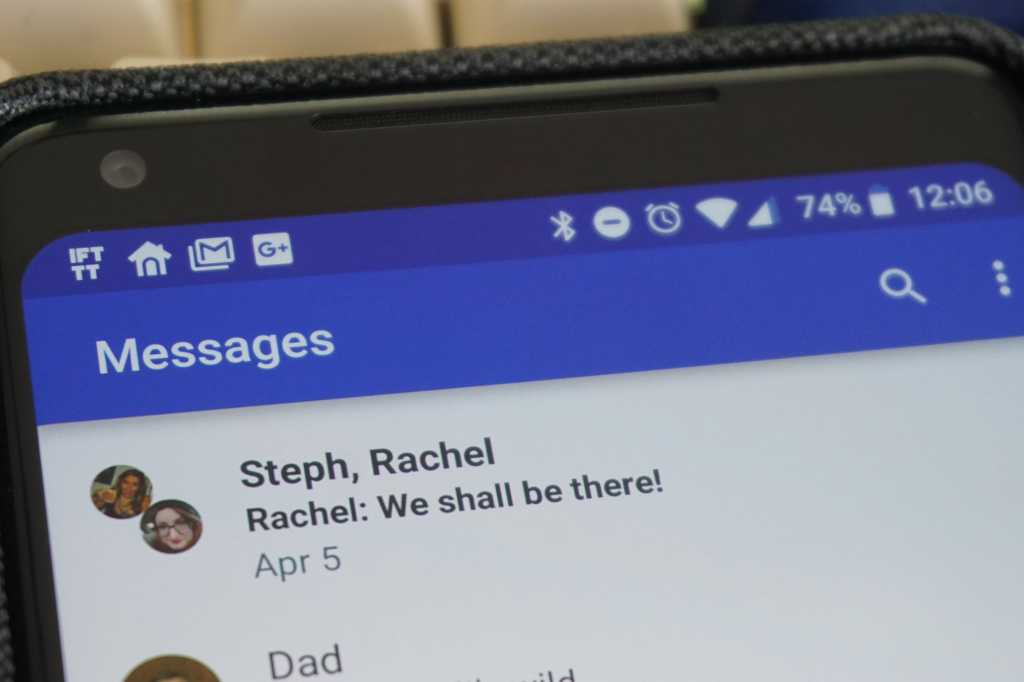 It’s rare when Verizon, AT&T, Sprint, and T-Mobile agree on anything, and it’s even rarer when they work together. But the four biggest U.S. carriers are putting aside their differences to fix one of the biggest headaches on Android: messaging.

In a joint press release, all four carriers have announced that they’ve created a joint venture called the Cross Carrier Messaging Initiative to “deliver the next generation of messaging to consumers and businesses.” The announcement doesn’t specifically mention Android or even Google, but the message is clear: We’re taking matters into our own hands.

It’s no secret that the messaging experience on Android is a fractured mess. Google itself has tried and failed numerous times to develop a universal app that works as well and secure as Apple’s iMessage, with the latest effort only bringing more frustration. Android Messages was supposed to usher in the next generation of messaging, with built-in chat, web support, read receipts, typing indicators, and stickers. That was nearly three years ago, and most of those features haven’t arrived.

The venture will be an entirely new standard “based on GSMA’s Rich Communications Service industry.” RCS has long promised to deliver iMessage-style features to a broad array of phones but carriers have been slow to adopt it on a mass scale. For example, Verizon supports RCS on the Pixel 3a but not the newer Pixel 4.

The Cross Carrier Messaging Initiative will supposedly fix all that. In the press release, the carriers promise that they are all finally on the same page when it comes to messaging. They lay out four points that the new service promises to achieve when it rolls out next year:

That all sounds well and good—though I’m not sure how many consumers are clamoring to chat with their favorite brands—but there’s a lot we don’t know: Will it require a separate app? Will it ship as the default on all Android phones? Will it cost more? Will it be encrypted? And most importantly, will it work with iPhones? (My guesses as to the answers to those questions: yes, yes, yes, no, no.)

But the fact that Google was cut out of the release altogether is most concerning, though the Pixel maker did respond with its own cheerful statement: “We remain committed to working with the Android ecosystem to further enhance the messaging experience on Android with RCS. It’s great to see U.S. carriers getting behind RCS in a meaningful way and we look forward to continuing to work with them to bring modern messaging to everyone on Android.”

That tells me that the carriers are running the show and Google is just as skeptical as we are. But that doesn’t really matter anymore. Google had multiple opportunities to fix messaging on Android and hasn’t been able to get it off the ground. So maybe it’s time for someone else to give it a shot.