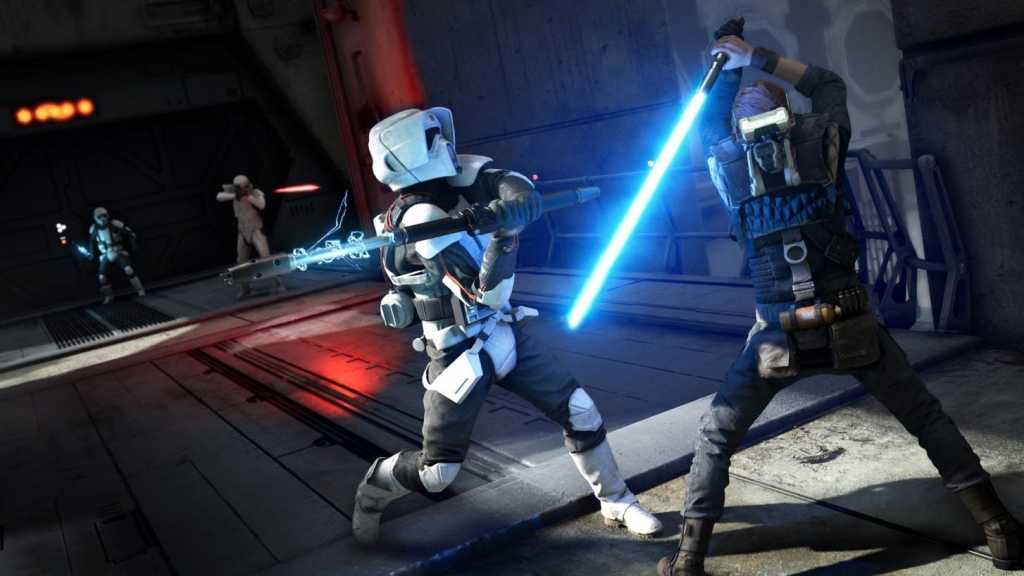 Somebody check on the status of Hell, please. Cold? That’s what I thought, because EA announced this morning that it’s headed back to Steam, starting with next month’s Jedi: Fallen Order. Thus effectively ends the eight-year Origin experiment, though its seems EA’s launcher will still be sticking around.

And I have to say I’m surprised. While I never loved Origin, I did come to accept it at some point between 2011 and now. When Bethesda tested the waters and tried to break away from Steam last year, I even wrote that Origin was “not too bad these days” and “the least offensive of the various publisher-specific storefronts.”

Not exactly ringing endorsements, sure. I don’t think anyone ever truly loved Origin. It never won the cross-publisher support of an Epic Games Store, and I certainly never bought games there that weren’t EA first-party titles. But after eight years I’d come to accept the status quo, opening Origin two or three times a year for the Battlefields and the Need for Speeds and the various BioWare games.

Now that period is over, or at least over for certain games. Jedi: Fallen Order will kick off EA’s migration back onto Steam on November 15. Other titles will follow, including Apex Legends,The Sims 4, Fifa 20, Battlefield V, and Unravel 2. An important note: If you bought the games through Origin, it doesn’t look like you’ll be able to transfer them to Steam. You’ll have to buy them again if you want Steam copies. That’s a small nuisance though.

Presumably more games will arrive in the future because EA is also bringing its EA Access subscription service to Steam. This might prove an even more important development in the long run. Subscription services menace Valve’s whole business model—but not if Valve starts gatekeeping access to other publishers’ subscriptions. With Microsoft and Ubisoft both offering subscriptions in the form of Game Pass and Uplay+, might we see those appear on Steam in the future as well? Adding EA Access to the mix indicates it’s possible.

Regardless, this is huge news. When rumors of a Valve-EA detente started surfacing last week I thought it was wishful thinking. To see the walls come down around Origin is pretty amazing, and while we’ll likely never know what deal was struck to make it happen, you have to wonder. My personal theory? The launch of the Epic Games Store opened up these talks, and then Anthem’s implosion helped move them along. The timing seems right—but hey, you never know. Either way, after years of launcher proliferation, everything is consolidating around two superpowers: Valve on one side and Epic on the other. The stage is set, alliances have been made. It’s got all the makings of a good daytime drama.