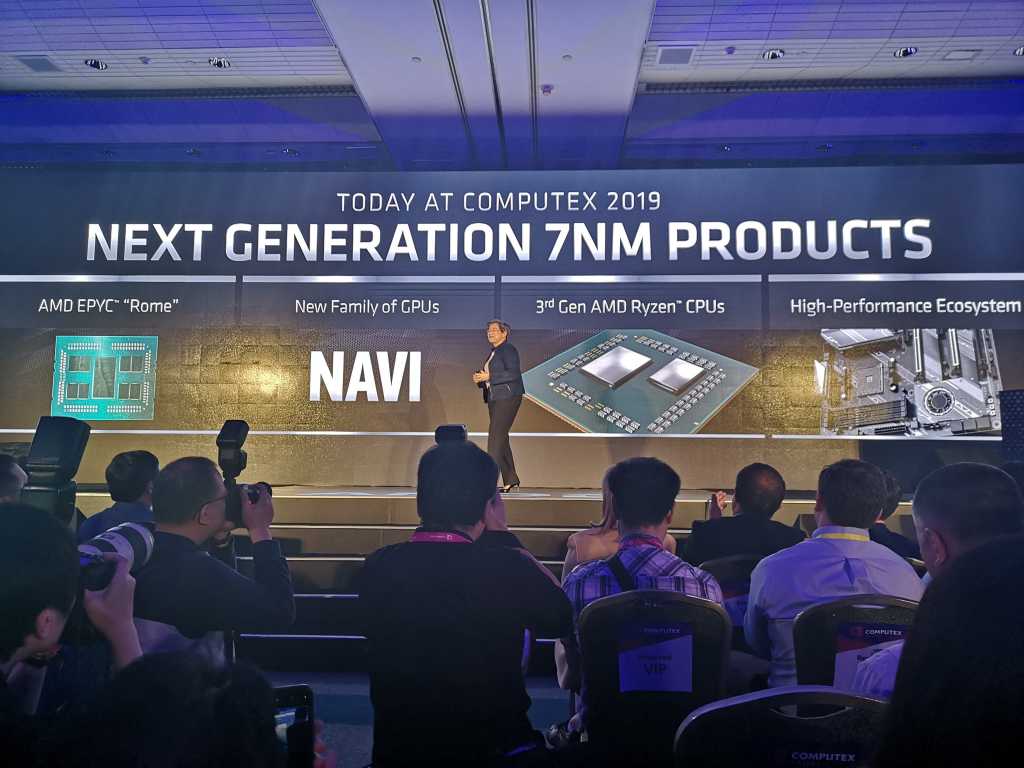 If there was a message underlying AMD chief executive Lisa Su’s comments after the company’s third-quarter earnings call, it’s this: AMD is not a low-end supplier any more.

About a week or so after Intel reported an unexpectedly prolonged processor shortage in its own earnings report, Su was asked whether AMD would step in, especially at the low end of the PC market. Though she said she saw “pockets” of weaker demand in the low end, her response was telling: “It’s not a significant driver of the business,” she said.

AMD reported third quarter profits of $120 million, up nearly fourfold from the $35 million in profits the company reported a year ago. Revenue climbed to $1.80 billion, which AMD noted represented the highest mark since the fourth quarter of 2005, hearkening back to the days of the Athlon 64 X2.

The company’s outlook was the unexpected highlight. Normally a footnote to an earnings call—with the exception of Wall Street investors—AMD predicted that fourth-quarter sales would climb a whopping 48 percent compared to a  year ago, to $2.1 billion, driven by Ryzen, its Epyc server processor, and Radeon sales.

Right now, AMD’s story is a simple one. AMD’s Computing and Graphics segment is firing on all cylinders, with revenue up 36 percent year over year to $1.28 billion. Desktop sales outpaced mobile, but both grew nicely, Su said. GPUs declined slightly, though that was due to a slowdown in datacenter GPUs that Su believed would reverse course in the fourth quarter.

AMD’s Enterprise, Embedded, and Semi-Custom business lagged, down 27 percent to $525 million. While AMD noted that Epyc processor sales were up, the lull in anticipation of the next-generation Xbox and PlayStation consoles has consumers waiting. That dragged down the business unit as a whole. A year from now, when the consoles launch, AMD expects semi-custom chips to be a strong business once again, Su said.

“AMD had a very solid [third quarter] with the highest quarterly revenue since 2005 and gross margin since 2012,” said Patrick Moorhead, principal analyst at Moor Insights. “AMD is thriving.”

The key, though, is that customers are demanding high-end products. On the client side, the highest customer demand is for Ryzen 7 and Ryzen 9 chips, Su said. In the Epyc server business, AMD is also seeing a richer mix of higher-margin products, specifically those with 48 and 64 cores. The ramp into 7nm manufacturing continues apace, with AMD’s major product lines transitioning “very quickly,” Su said.

Next up? AMD’s third-generation Threadripper and the Ryzen 3950X—a bit late, but indicative of the demand for higher-end products that is driving AMD’s revenue projection. Su didn’t mention any anticipated problems manufacturing either chip in sufficient quantity, though that’s one of the reasons the 3950X was delayed. For now, however, the scarlet letter—S, for “shortage”—hangs on Intel’s chest, not AMD’s.

Updated at 4:52 PM to add comments from Patrick Moorhead.