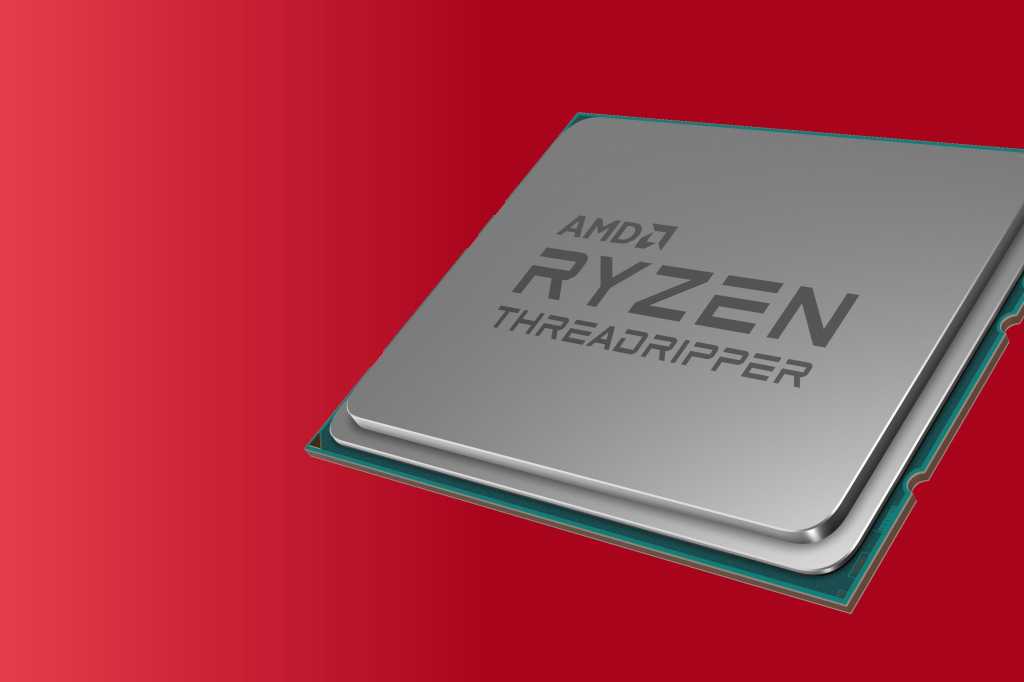 AMD on Thursday officially unwrapped two new Threadripper 3 CPUs with 24 and 32 cores, respectively. The company also announced an unlocked Athlon and said its 16-core Ryzen 9 3950X will finally go on sale on November 28.

Both CPUs will go into AMD’s new TRX40 platform using the new sTRX4 socket. The use of a new socket essentially means the original X399 chipset, along with the  Threadripper 2000-series, will be stranded.

The consolation may come with an insane amount of PCIe bandwidth. AMD said up to 72 lanes of PCIe are available in the new platform. The block map the company showed off indicates 48 PCIe 4.0 lanes can be dispersed for general use. Another pair of x4 PCIe 4.0 can be used for NVMe, or broken up as two quad-clusters of SATA ports. With the chipset connection at a beefy 8 lanes of PCIe 4.0, you get up to 64 from the CPU.

Much of that sounds the same as the previous X399, which also featured 64 PCIe lanes off the CPU. The key difference here is PCIe 4.0, which doubles bandwidth over PCIe 3.0.

The other difference is additional PCIe 4.0 lanes in the chipset. AMD’s block map shows 8 lanes of PCIe 4.0 off the TRX40 chipset for general use, and 8 more lanes of PCIe 4.0 that can be split off. That’s basically 72 total—AMD touts “88 lanes” of PCIe, but that’s only if you count the reserved lanes for chipset communication.

The amount of memory channels for the new Threadrippers also appears unchanged, with up to four channels of DDR4 supported on both CPUs. While there had been speculation that AMD would go with an eight-channel memory configuration to coincide with an expected 64-core CPU, AMD didn’t say peep about additional memory channel support (which would require an additional new platform) or a new CPU. So for now, Threadripper sticks with quad-channel memory.

AMD has long had a core count advantage over Core i9, but with the new, more efficient Zen 2 cores in the Threadripper 3000 chips, the company also promises a lot more performance. For example, AMD said its 32-core Threadripper 3970X will be up to 90 percent faster in Cinebench R20 over an 18-core Core i9-9980XE. The 24-core will outpace Intel’s current best Core i9 by 54 percent, the company added. AMD also claims a huge advantage over the top-end Skylake-X chip in Chromium compiles, Unreal engine compiles, Adobe Premiere CC encodes and Chaos Group’s V-Ray renderer.

In a strange turn of events, with Intel’s crazy price cuts in place, AMD’s new Threadripper will actually occupy the higher ground on pricing. If you use the overly simplistic metric of dollar per thread, Intel actually has an advantage in a Core i9 vs Threadripper price match. Of course, from AMD’s point of view, it probably thinks Core i9 can’t even hang with its Threadripper anymore and would rather see its $750 16-core Ryzen 9 3950X duke it out with Core i9 today.

Here’s the other big announcement: The long-awaited, slightly delayed 16-core Ryzen 9 3950X will go on sale on November 25, the company said. Pinkie-swear. The CPU had been expected in September, but was pushed back to November. AMD has taken that time to add feature called Eco Mode.

Eco Mode will let you scale the CPU back from its rated 105-watt TDP to 65 watts. There is a performance cost: AMD said Eco Mode will get you about 77 percent of the performance of the standard mode, but at 44 percent of the power consumption and also about 7 percent cooler. AMD said Eco Mode can be turned on and off from within a new version of the Ryzen Master utility.

The company said the mode was added by request from users who want to use Ryzen CPUs inside home theater PCs and other environments with limited thermal and noise headroom. AMD is casting a wide net, saying the new Eco Mode will apply to other 105-watt Ryzen-based chips. Eco Mode will also allow 95-watt chips to drop to 65 watts, and 65-watt CPUs to drop to 45 watts.

AMD took the opportunity to drop more hints about how much of a thrashing the CPU will give to its competitors. Of course, the comparison is fairly close against Intel’s $500, 8-core, Core i9-9900K, but AMD said it’ll thrash the 12-core Core i9-9920X, which sells for $1,000.

An overclockable Athlon, too

The Athlon 3000G will feature two cores with symmetrical multi-threading, and Radeon Vega 3 graphics, for $50. The chip will have a clock frequency of 3.5GHz and, yes, you can overclock it.