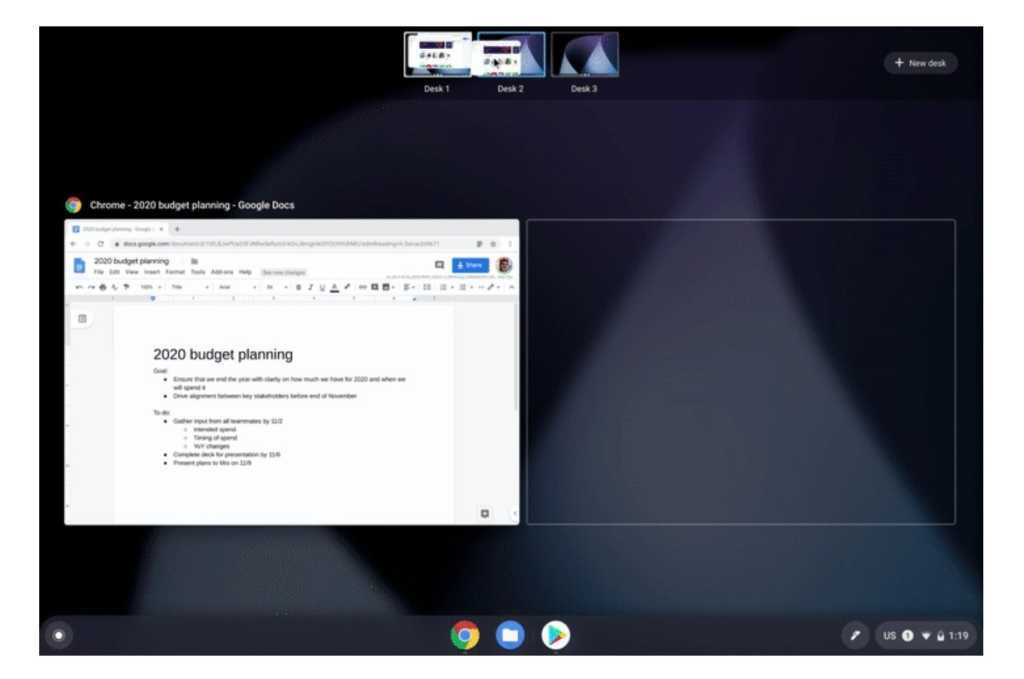 Google quietly made Chromebooks a substantially better value this week by adding virtual desktops and click-to-call capabilities to Chrome OS, and extending the support lifespan of existing Chromebooks by about a year.

Virtual desktops have already appeared in Windows, of course, as part of Task View, which can be accessed via the Windows taskbar. In Chrome OS, the way to access Virtual Desks is through a button in the upper righthand corner, or by using the Shift + Search + = shortcut. You can switch from Desk to Desk by using the Search + ] shortcut.

Chrome OS has also taken another step toward tying Android to Chrome OS with a new click-to-call feature. With Chrome OS 78 you can right-click a number, and it will be automatically sent to your Android phone to call. You’ll have to be signed in on both devices, and have syncing turned on in your Chrome browser. (Chances are you already do.) Google has also promised a simplified printing procedure, where compatible printers will simply show up in your list of printers.

Google also unexpectedly added to the period of time in which Chromebooks are supported. Typically, Google promised to support Chromebooks for five years since first launched, an arbitrary length of time. Now, Android Police discovered that Google has quietly started adding extensions of 6 to 12 months to each model. Google publicly publishes that information; all you need to do is scroll down the list of manufacturers and find your model number.

If you don’t need to execute Windows programs locally, a Chromebook can be a cheap, effective way to connect to the web. This week, they just got better.