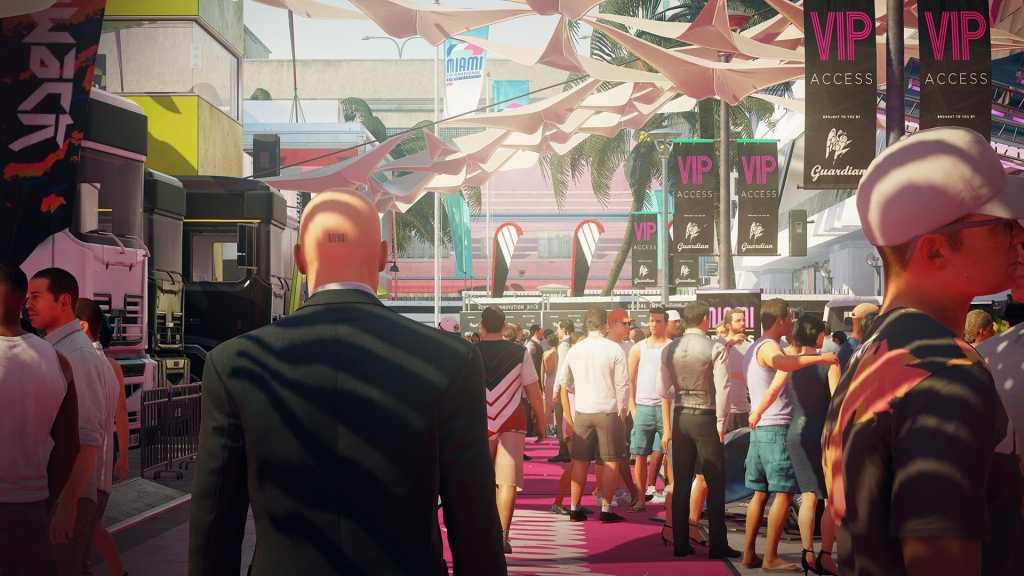 If you wanted to jeer “slow news week?” in my general direction…well, this is the week. Maybe it’s because Red Dead Redemption 2 released, maybe it’s because we’re closing in on the holidays, but there is not much going on right now.

IO did sort-of announce Hitman 3 though, so there’s that—plus Payday 2 released a new heist for the first time in a year, Hideo Kojima expanded his horizons, Kerbal Space Program 2 was delayed (I guess), BioWare teased Dragon Age news, and China cracked down on children playing Fortnite. Or PUBG? Probably one of the two.

This is gaming news for November 4 to 8.

We’re coming up on the Epic Games Store’s one-year anniversary in December. Will the free game giveaways end once we’ve hit that milestone? Nobody knows. Better appreciate it while it lasts though—and that means picking up copies of Nuclear Throne and Ruiner, both top-down shooters, this week.

And next week, a rare one-game giveaway for Epic. You’ll be able to grab copies of The Messenger next Thursday.

On a less permanent basis, both American Truck Simulator and Payday 2 are free-to-try this weekend. The latter is particularly noteworthy because there’s also a new “Border Crossing” heist, the first paid content for Payday 2 in over a year. Starbreeze said it was restarting active development on Payday 2, and here’s the proof.

Hitman 2 hits its one-year anniversary on Saturday, and IO’s celebrating in style. Eight Escalation Contracts, five new items, two suits, and more are arriving over the next few weeks. There’s even a pirate costume. You can find further details here, or in the trailer below.

But there’s more. Buried at the bottom of IO’s blog post is a more serious note about the state of Hitman 2 going forward. The important part? “We’re moving more and more of the Hitman 2 team to join the next Hitman game, which is well underway.”

In other words, Hitman 3 is in development. That’s good news, as I’d heard rumors that Hitman 2 under-performed—rumors that seemed all but confirmed when IO said a few months ago that it had a non-Hitman game in the works. Luckily that seems to be a side project, and there’s still more Agent 47 to come.

Dragon Age 4 is presumably years away, but maybe we’ll find out how many years soon—or find out something, at least. BioWare, having already invented “N7 Day” to commemorate Mass Effect, this week tweeted “See you on 12/4 for Dragon 4ge Day.” Convoluted corporate holiday aside, presumably they’ll have something to share on December 4, either about the forthcoming sequel or perhaps a remaster of Dragon Age: Origins.

I’m damn curious either way, seeing as Anthem’s essentially a write-off at this point. BioWare’s got a steep uphill battle to regain people’s trust.

Metal Gear Solid 4 holds the Guinness World Record for the longest cutscene sequence: 71 minutes. One could argue Hideo Kojima’s been making films for quite a while.

Now it’s official though. In a BBC documentary this week about Death Stranding, Kojima said his studio will expand into film production in the future. His reason? “If you can do one thing well, then you can do everything well.” Consider me ready to try pole vaulting in that case, and also curious to see whatever the hell comes out of Kojima’s brain with a two-hour runtime constraint.

Oh, and while we’re at it: The Steam and Epic pages for Death Stranding went live, putting to rest rumors that it would be an Epic exclusive.

Superliminal comes from the era where every indie game wanted to be Portal, but with a unique gimmick. In Superliminal’s case, perspective puzzles. I vaguely remember playing it at a PAX or a GDC or something forever ago, but it’s finally done and there’s a new trailer below if you want to get an idea of its matter manipulations ahead of next week’s release.

Apparently Kerbal Space Program 2 was supposed to be out before March, 2020. Did you know that? I didn’t know that—and it doesn’t matter now anyway. During an earnings call this week Take Two announced a delay to its 2021 fiscal year, or in other words up to a year’s delay. I don’t expect it’ll take quite that long, but then again, I didn’t even know it was so close to release to begin with.

Hard to be mad about a delay you don’t realize is a delay. (Via PCGamesN)

Call of Duty: Modern Warfare added a pair of new maps this week. I’m mostly excited about Krovnik Farmland, a much-needed addition for the 64-player “Ground War” mode. It’s my favorite mode, the sheer mayhem of it all, but the two existing maps were already growing repetitive after just a few weeks.

If you’re curious about what else is coming, data mining (via Reddit) has seemingly leaked many of the upcoming maps—including modern takes on Call of Duty classics “Rust” and “Shipment.”

A long while in Babylon

PC Gamer spotted this nifty city builder Nebuchadnezzar this week. In the vein of Caesar III and Pharaoh, it’s an isometric game with a focus on ancient history—Babylon, in this case. Construct huge monuments, set up resource chains, Nebuchadnezzar’s influences are obvious. It’d be great to have a take on Caesar with modernized art and interfaces though, so consider my interest piqued.

Lastly, news out of China this week—and it’s not Blizzard-related, for once. The Chinese government just instituted new rules concerning online games and children.

There are three primary components, via CNN:

Given how much the industry has emphasized China these past few years, I’ll be curious whether these new restrictions (or future restrictions) have a broader financial impact—and whether we start seeing similar laws in other countries. Floss while you can, kids.