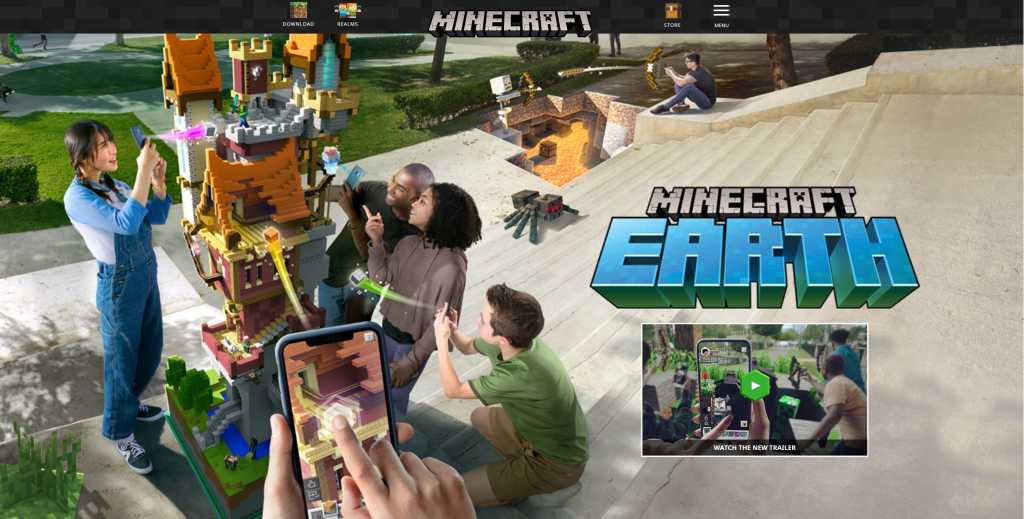 Microsoft has pushed Minecraft Earth live to iOS and Android users in the United States in early access, meaning that pretty much anyone can download the preview and start exploring Microsoft’s virtual world.

Microsoft’s Minecraft Earth account tweeted the news on Tuesday morning, and I was able to download the game on an Android phone and begin playing. Microsoft has placed download links for iOS and Android on its Minecraft Earth page.

Microsoft launched Minecraft Earth this past May as a closed beta. Now that it’s opened, you can use your smartphone to explore an augmented view of your neighborhood, collecting Minecraft blocks and other items to use in your builds. Your “builds” are essentially small Minecraft scenes that you can “place” on a solid, flat object and build upon. Those don’t have to be outside in the real world; I dropped a small hillock on an old desktop PC chassis I had lying around. It’s not clear whether you’ll be able to build massive, awe-inspiring builds that tower above you, or have to stick to more modest-sized structures.

In any case, you’ll need an Android phone running Android 7 Nougat or an iPhone running iOS 10 or later, as well as a Microsoft or Xbox Live account and app store log-in.

Though the Minecraft Earth experience seemed to be perfectly responsive, one aspect was oddly slow: the ability to load and select various avatars. Only the first seemed to be immediately available when I loaded the game, meaning that you may end up with the same avatars as your friends when you first start playing the game. Fortunately, that’s an option you can configure later.