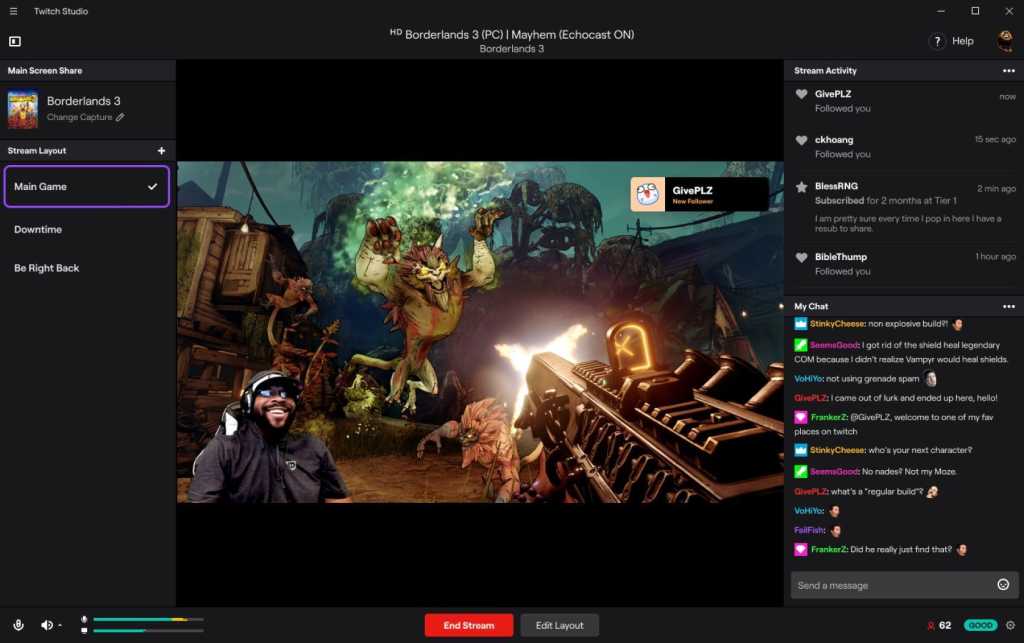 Anybody can become a Twitch star, but getting set up can be complicated, especially on the PC. While console gamers can start streaming quickly, configuring a Twitch stream on your PC involves using third-party software, ensuring all your hardware is detected, wading through audio and video mixing, and more. It’s not that hard, but it sure does involve some busywork. But Twitch’s own Twitch Studio software, which launched in open beta today after a closed beta period, aims to simplify the process and get you streaming to the masses quickly.

Twitch Studio includes a guided stream setup that automatically detects your camera, microphone, monitor resolution, and streaming bitrate. It also includes customizable templates, overlays, and integrated alerts to make your stream look as slick as possible with minimal hassle. And since community lies at the heart of Twitch, Studio lets you keep tabs on your chat, too.

Dedicated tinkerers and streaming professionals can no doubt use established third-party tools like OBS to create much more elaborate custom setups, but Twitch Studio sounds perfect for people who want to give this livestreaming thing a try without having to study up first.

Twitch has been under fire from several directions recently. Microsoft baked simple game-streaming tools for its Mixer service directly into Windows 10’s awesome game bar, and recently poached several high-profile Twitch streamers like Ninja, Shroud, and King Gothalion for Mixer. YouTube Gaming largely fizzled out, but livestreaming is still a priority for Google’s video goliath, and it too recently wooed an ultra-popular Fortnite streamer, CouRage, away from Twitch.

With Twitch Studio, Amazon could start bringing in new homegrown talent to replenish its ranks and extend the streaming service’s considerable reach even further. The Twitch Studio beta is a free download for Windows 7 or higher. If you need heavier hardware firepower to kick off your streaming stardom dreams, be sure to check out our guide to the best graphics cards for PC gaming.