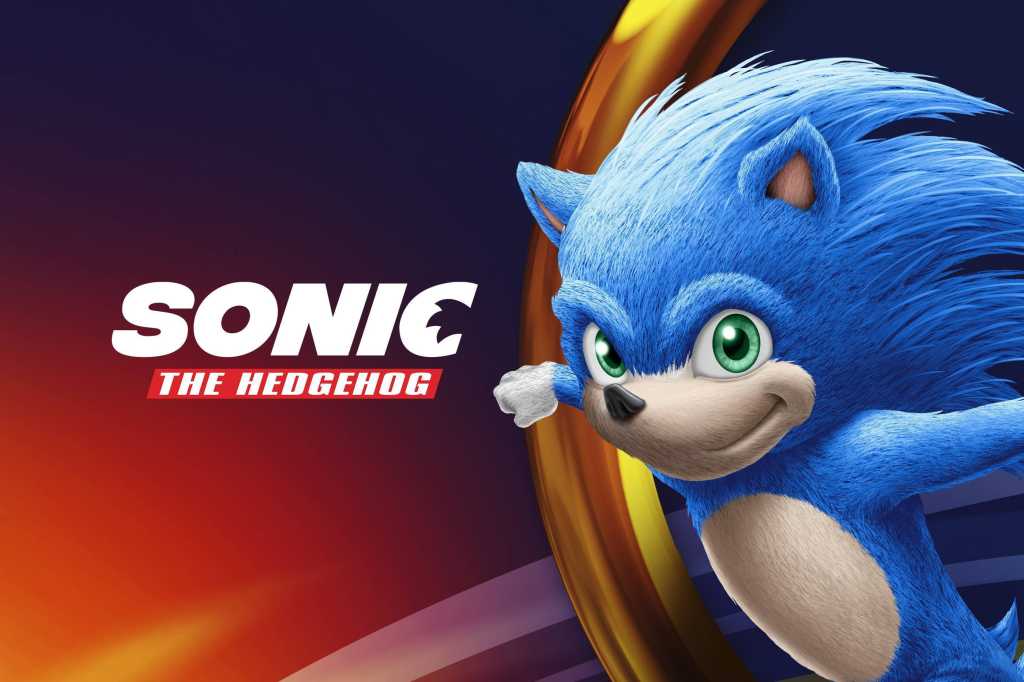 Most of this week’s news came via Microsoft’s X019 event on Thursday. We saw our first real Age of Empires IV trailer, a new Obsidian game, a new Wasteland 3 trailer, and a bunch more, so if you haven’t already perused that recap? Better get on it.

But there were still some bits and pieces around the edges, including deep dives into Crusader Kings III and Diablo IV, a handful of launch trailers, and a redesign for the infamous Sonic the Hedgehog movie. They took away his human teeth, and for that we can all be thankful.

First, the freebies. It’s a rare one-game week for Epic, as you’re able to grab throwback platformer The Messenger from now to next Thursday. And another one-game week coming up as well, with the small-scale Viking warfare of Bad North waiting in the pole position. Funny that getting a single game now feels like a bit of a letdown after nearly six months of two-game giveaways, but hey, they’re still free. Enjoy it while it lasts. Fill up that Epic Games Store library.

Crusader Kings III is probably at least a year-ish away, but Paradox is already putting out weekly developer diaries. Weekly! Here’s 2,000 words on warfare. And over here, a lengthy post about the map. You can uh, really get invested.

But if that sounds like too much reading, it looks like Paradox will be distilling some of these posts into video form as well, starting with Game Director Henrik Fåhraeus laying out his “vision” for Crusader Kings III. Less information maybe, but it’s a lot more digestible.

Diablo IV is a long way from release as well, but Blizzard’s been diving deep (via Game Informer) into the different classes. The Barbarian and Sorceress are already in the archive, but I’m pretty damn interested in the third and final class being shown at the moment, the Druid and his lil’ wolf buddy. Can I pet the wolf? Because if not, Diablo IV’s already dead to me.

I’m still unconvinced by everything I’ve seen of Netflix’s Witcher adaptation, but apparently someone likes it. The first season won’t even see the light until late December, but Netflix has already renewed it for a second season. Good news for Henry Cavill’s wig collection, though I’m still mourning American Vandal and all the other well-respected shows Netflix unceremoniously canceled in 2019. Hard to believe The Witcher got a second season this early given how many axes fell this year.

After making half a dozen video game cameos this year, The Terminator’s finally getting its own game. Titled Terminator: Resistance, it’s apparently unconnected to the recent Dark Fate film. Instead, it’s a first-person shooter set in the post-Judgment Day war against the machines. It’s also made by the same developer who made the terrible Rambo tie-in game—though the Steam reviews for Resistance seem surprisingly positive. I don’t know what to think. Here’s a launch trailer.

Usually C-suite executives changing positions wouldn’t fall on our radar, but when it’s Doom co-creator and legendary programmer John Carmack? It’s probably worth noting. After six years as Oculus’s CTO, weathering a Zenimax lawsuit and a Facebook acquisition, Carmack is officially stepping back into a “Consulting CTO” position. With Nate Mitchell’s departure earlier this year, all the people who I associate with Oculus pre-Facebook are now gone. Times, they are a-changin’.

As for what he’ll be doing next? Carmack’s Facebook announcement says he’s experimenting with artificial intelligence. “I think it is possible, enormously valuable, and that I have a non-negligible chance of making a difference there,” wrote Carmack, adding that “I have sometimes wondered how I would fare with a problem where the solution really isn’t in sight. I decided that I should give it a try before I get too old.”

I wonder what this means for Carmack’s annual Oculus Connect keynote. Is that part of his consulting position? We’ll see.

Black Desert Online developer Pearl Abyss revealed a trio of new games this week, and I’ve got my eye on Plan 8. Described by Kotaku as an MMO shooter, it looks like one part Titanfall, one part The Surge, and ten parts badass. Black Desert Online has a reputation as a hellish grind, which means I probably won’t love Plan 8 either—but I want to, after this reveal.

Shenmue III releases next week. Can you believe it? I certainly can’t believe it. After eighteen years and a crowdfunding campaign I’m still not completely comfortable with, fans will finally get a sequel. Whether it’ll be a sequel worth the wait, well, we’ll know soon enough. There’s a launch trailer below though, if you want one last peek before it arrives.

Perhaps the strangest news story this week is Human Head, which just put out Rune II…literally on Tuesday. And then announced the studio was closing a day later. That would already be a pretty wild story, and apparently was just as big a surprise to publisher Ragnarok as it was to everyone else.

But it gets even weirder, believe it or not. Paired with Human Head’s obituary was another announcement, revealing that most of the talent had signed on to form a new studio (Roundhouse Studios, but let’s just call it Not-Human-Head) under Bethesda’s banner. Not only does that come off as a bizarre bit of business chicanery, but some of you may remember that around 2011 or so Bethesda reputedly tried to starve out Human Head to force an acquisition. Human Head waited the deal out, Bethesda canceled the apparently-almost-finished Prey 2, and Human Head spent the entire ensuing console generation adrift. Somewhere in there, The Quiet Man got made. And now, Human Head is no more.

Bethesda won in the end, I guess. Best of luck to everyone at Roundhouse.

Lastly, the Sonic the Hedgehog redesign. Listen, it’s objectively a major improvement. Sonic now looks like Sonic, complete with puffy white gloves and oversized eyes. They even ditched the human teeth, perhaps the most uncanny part of the original trailer. Crisis averted.

But maybe I wanted to see a car crash, you know? Again, objectively a major improvement. My own interest in the film has plummeted though. Human-Teeth Sonic looked like an entertaining disaster a la the Super Mario Bros film. Now it just looks like another mediocre cash-in on an established mascot character. Have fun everyone. I’ll be over here waiting for Cats.