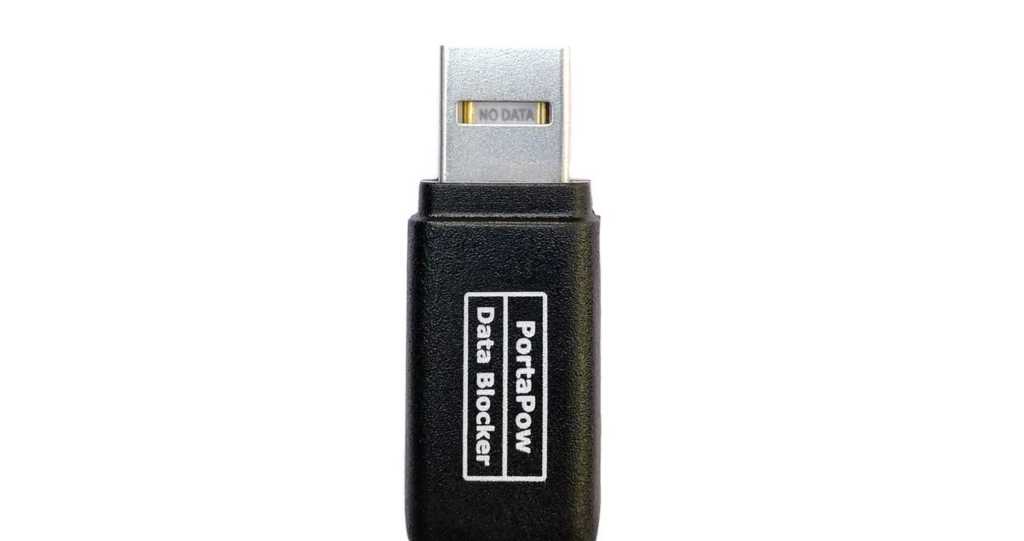 If you’re worried about plugging into your phone into suspicious chargers while traveling for the Thanksgiving and winter holidays, consider buying a data-safe charging USB cable or USB-C plug before you go.

Devices like the $7.09 PortaPow 3rd Gen USB-C to USB-A Data BlockerRemove non-product link work by blocking the data that can be passed over a USB when you plug into a charger, keeping your phone secure. You’ll also see them referred to as “USB condoms.”

Why? Well, you’ve probably heard of credit-card skimmers—sleeves that can fit over a credit-card or debit-card reader at at an ATM or gas station. Hackers can use those devices to upload your payment data for their own use, and most people wouldn’t use a reader that looks suspicious. But at airports, hotels, and other locations, people will happily plug in their phones to an available USB charger to save their phone running out of juice. Mix in fatigue from an early-morning flight or three-hour layover, screaming kids, and the overwhelming desire just to tune out for a while, and yeah, people are going to be tempted.

The problem is that you have absolutely no idea who has manufactured that charger, or if it’s the original. “Juice jacking” was more of a thing a few years ago, when Samsung Galaxy devices were proven to be able to receive commands over the USB cable, even when locked. BadUSB, another attack, could infect Android devices with malware. (The Wall of Sheep publicly called attention to the problem a few years back.)

Most USB chargers preserve the data lines, so that there’s a theoretical, physical channel to your phone through a hardwired charger. (Data lines also communicate with the charger, allowing it to negotiate the “fast charge” capabilities on most phones.) The PortaPow data blocker mentioned above physically removes the data lines, making it nearly impossible for an attacker to access your phone via the charging cable. Even better, it reportedly preserves the quick charging capability, with iOS, Samsung and “universal” modes.

The only problem? They’re in high demand, and many are sold out through the Thanksgiving holidays. The red version listed above is in stock, and available, but if you want to buy in bulk,  The $27.99 PortaPow five-packRemove non-product link is only available on Nov. 29.

Portapow isn’t the only game in town, though they seem to be one of the most popular. A $7.49 PortaPow 3.5-foot USB-C to USB-A data cableRemove non-product link doesn’t physically clip the data wires, and doesn’t allow quick-charging either, apparently. But the company still protects your phone.  There are other choices, such as this $6.50 Plugable 1A data-only chargerRemove non-product link, which blocks data but at the expense of some charging speeds.

Of course, another legitimate way to charge your phone on the go is with a USB power bank—a bulkier option, though, and one that can cost substantially more money, though being able to charge your phone anywhere can be a lifesaver sometimes. Either way, sticking your USB charger into whatever port’s handy sounds like a bad idea. Be safe out there!