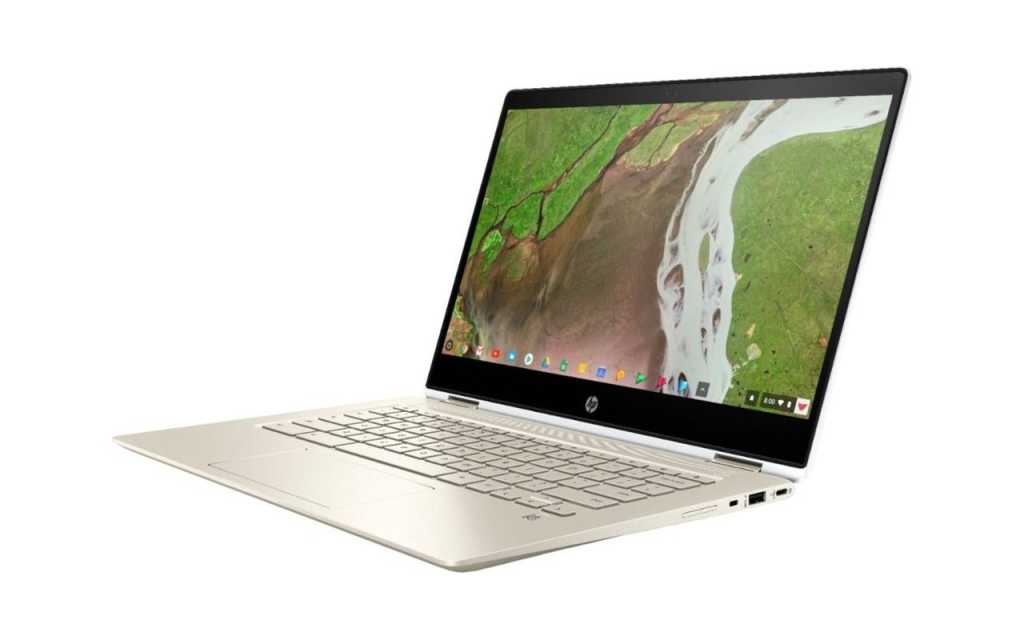 In the world of Chromebook, there are a lot of super-cheap laptops with specs that barely keep up with light demands, let alone heavy loads. But if you’re looking for something with a little more power, Best Buy has a solid price on an HP Chromebook with far better specs than your average budget model: The HP x360 convertible Chromebook with touchscreen is $350 todayRemove non-product link, good for $250 below the MSRP, and about $80 cheaper than you’ll find anywhere else.

While that price exceeds our usual preference of paying about $200 for a Chromebook, the features on this HP PC deserve it. The laptop is rocking a dual-core, four thread Intel Core i3-8130U with a base clock of 2.2Ghz and a 3.4GHz boost. For RAM it’s got 8GB and there are 64GB of onboard storage. The display meanwhile has 1080p resolution and is a touchscreen. That comes in handy  when you flip the screen around to use as a tablet. There’s also a media card reader, the keyboard is backlit, there are two USB-C ports, and one standard USB.

Overall, this is a fantastic looking device with a better-than-average set of specs. This laptop will have no trouble running Android apps, as well as Linux desktop apps if you’re so inclined. Not to mention that Chrome OS itself should run like a dream.