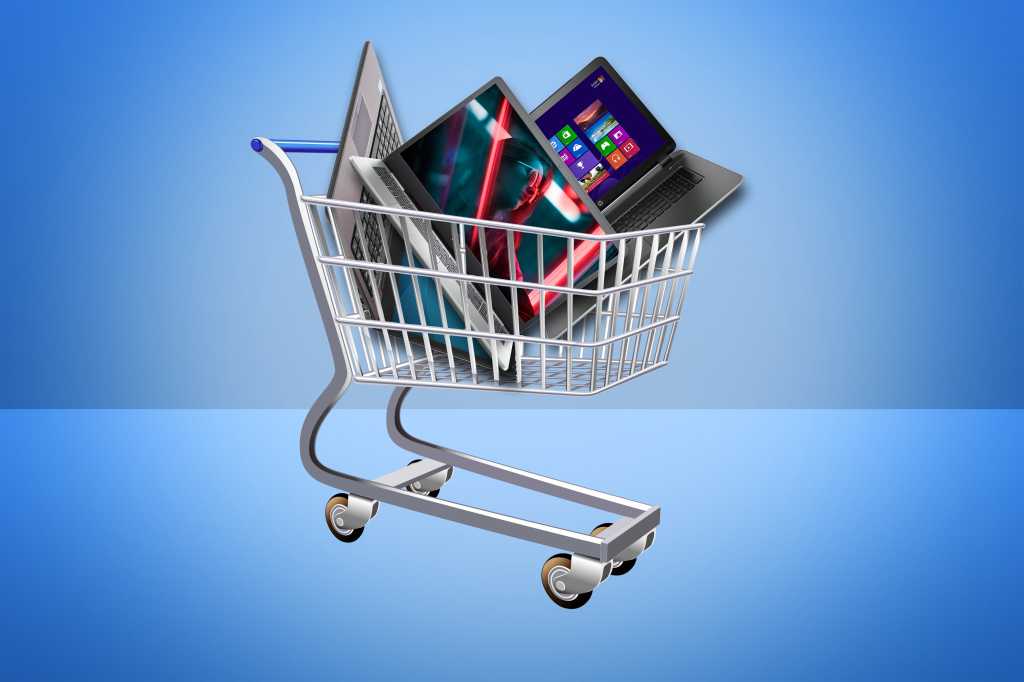 Black Friday offers some of the best deals on laptops, notebook PCs, and Chromebooks of any time during the year—and the great deals aren’t confined to just the day after Thanksgiving. We’ve rounded up the best deals on portable PCs that we know of so far, and we’ll add to this list as the week progresses.

(Note that there may be decent deals on new models, but it’s the laptops that are slightly older that often receive the sharpest discounts. In part, that’s because laptop vendors have just introduced their latest gear, and may be clearing the decks.) Acer likes to discount its notebooks, and right now it appears to be offering the best deals, especially on Amazon’s favorite budget notebook, the Aspire 5.

Note: We’ve struck out deals (like so) that have expired, and added new ones that have appeared. Updated at 2:00 PM PT with new Microsoft deals.

First, a word to the wise: HP is advertising its 15t laptops at monumental “discounts”: touting savings of as much as $770 on its Black Friday site, with prices as low as $499 on Black Friday. But know that HP 15t laptops are currently sell for a low of $579.99, so in reality we’re talking about a 13 percent savings.

HP’s Spectre x360 13tRemove non-product link is currently on sale for $719.99, about $320, or 37 percent off the $1,149 retail. This seems like a legitimate sale, as it’s hovered at that price or even a bit higher for most of 2019. HP’s Spectre x360 laptops are generally excellent. A  limited-time doorbuster starting at 4 PM PT on Black Friday will bring the price down to $800. (Oddly, HP seems to be taking slightly more off the laptop as the say goes on.)

Target is also offering this Black Friday doorbuster on the HP 11.6-inch ChromebookRemove non-product link for $99, 50 percent off its retail price of $199.99.

Microsoft is also promising up to $300 off of the Surface Laptop 3 . Microsoft’s fun, portable, though underpowered Surface Go will also start at $299, or $150 off. These deals are live, too. Best Buy‘s $600 Surface  Pro 7 with a Core i3 processor and a Type cover isn’t bad, though it’s a Core i3 with 4GB of memory. It’s notable for its price alone. Want something better? This Surface Pro 7Remove non-product link with a Core i5/8GB/256GB model is $999, down $330 (or 25 percent) from the normal price.

On November 28, Microsoft will offer $500 off the aging Surface Book 2.

Beginning on Thanksgiving and extending though Black Friday, Walmart is offering this Samsung 11.6-inch Chromebook 3Remove non-product link for $99, which is normally $159. That’s 38 percent off for a 4GB RAM/16GB Chromebook, which isn’t great but should work just fine for a young student.

Walmart’s also selling this Legion By Lenovo Y540 15.6 Gaming LaptopRemove non-product link for $849, which my colleague Brad Chacos ranks as a good deal for its combination of an Intel Core i5-9300H plus Nvidia GeForce GTX 1660Ti 6GB GPU. It also includes both a 256GB SSD as well as a 1TB hard drive for data backup.

There’s also the older Aspire 3 (A315-41-R8UU)Remove non-product link  for $329.99, or 40 percent off, which includes a Ryzen 5, 8GB of memory, and a terabyte spinning hard drive. Performance won’t be great, but the price is pretty solid.