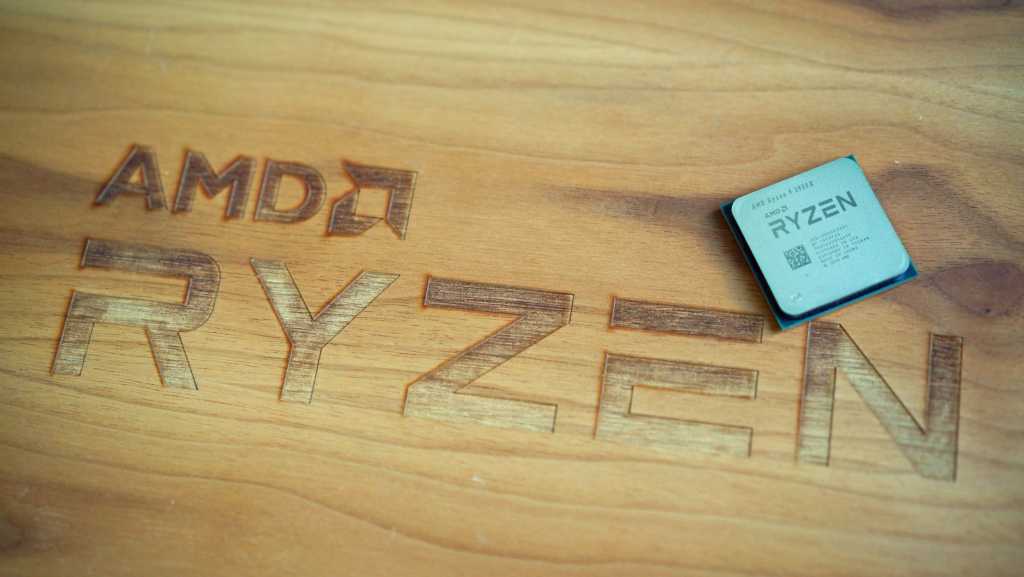 Monday, November 25, 2019 was a momentous day. On it, AMD’s benchmark-shattering, floor-wiping, mic-dropping 32-core Threadripper 3970X reviews launched alongside Intel’s most potent consumer chip, the 18-core Core i9-10980XE. The wild performance difference between the two respective champions drove home a truth that’s been slowly building and is suddenly here: For the first time since Intel’s Core architecture ended the Athlon 64’s dominance nearly 15 long years ago, after an AMD Bulldozer era seemingly endless with disappointment, AMD’s Ryzen processors are firmly in control on the desktop.

”AMD’s Ryzen 9 4900HS deals a crushing blow to Intel’s most powerful laptop CPUs,” we said in our review. “…[It] can spar with laptops that weigh two to even three times as much. This is something we frankly didn’t expect. Ryzen 4000 is without a doubt the most game-changing performance laptop CPU we’ve seen in years.” 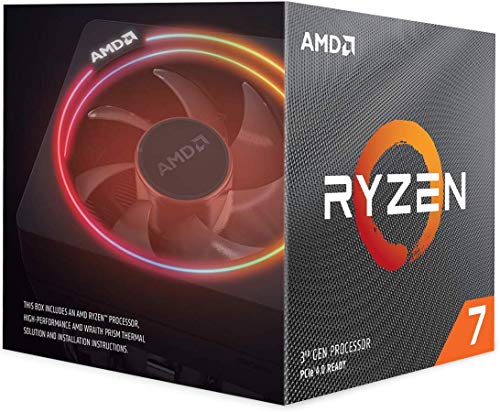 It’s been coming. AMD’s new-look Ryzen chips, built using multiple conjoined dies under the hood rather than a typical monolithic design, shook the up the status quo when they launched in 2017. “AMD is back!” our headline blared.

Over the previous decade, computing innovation had stagnated. AMD’s bold Bulldozer gambit failed, and while Intel’s Core chips provided solid incremental advances year-over-year, they didn’t push the multi-core performance envelope. Mainstream PCs were stuck in neutral with dual- or quad-core processors forever, and every year’s four-core chip cost just as much as previous ones. In May 2016, with Ryzen rumors flying, Intel released the unprecedented 10-core Broadwell-E Core i7-6950X, for a just-as-unprecedented $1,723—a $700 premium over 8-core chips. Rather than reward such bold money-grabbing, our Full Nerd podcast’s crew declined to name a best CPU of 2016. Times were bleak.

Where Intel only offered a single $1,089 8-core chip for its pricey high-end desktop platform, AMD flooded the field with cores and threads. The flagship Ryzen 7 1800X cost $499, but you could pick up an 8-core Ryzen 7 1700 for just $330, and six-core, 12-thread Ryzen 5 parts for as little as $220. While Intel’s budget chips topped out at two cores, AMD’s affordable Ryzen 3 CPUs offered four. Ryzen was a revelation, and for the first time in ages, Intel increased core counts to counter the threat.

But like any first-gen product, AMD’s new architecture wasn’t perfect. First-gen Ryzen chips delivered outstanding multi-core performance, but their clock speeds and instructions per clock (IPC) lagged behind Intel’s finely honed 14nm Core chips. Ryzen faltered in applications that demanded strong single-thread performance, most notably in 1080p gaming workloads that delivered far fewer frames per second on AMD’s hardware. First-gen Ryzen still did fine in those tasks, but they weren’t better for everybody and AMD had a lot of room to improve.

Second-gen Ryzen processors, built on the refined Zen+ architecture, did just that. This time around, we said that “AMD’s 2nd-gen CPUs nail the sequel.” AMD improved both performance and price, with the flagship 8-core Ryzen 7 2700X topping out at a mere $330, with a bundled Wraith CPU cooler. AMD boosted overall clock speeds, tweaked memory cache and latency, and introduced algorithms like Precision Boost 2 and Extended Frequency Range (XFR) 2 to let its chips hit those higher clocks more consistently.

The end result? “In the battle of Intel and AMD’s flagship processors, the clear winner today is the Ryzen 7 2700X,” we wrote at the time. There were still caveats—gaming and single-thread performance still trailed Intel, though by a much less noticeable amount—but AMD was clearly bringing the fight to Intel.

Intel, on the other hand, started struggling right around the time of AMD’s ascent. The company’s vaunted manufacturing arm failed to migrate to the 10nm manufacturing process on time, stalling its Core processors on increasingly refined versions of 14nm cores ever since Broadwell’s 2015 release. That’s five full generations of 14nm revisions at this point, and rumors suggest Intel’s next-gen desktop chips will run on 14nm Comet Lake cores, too.

Simultaneously, the much-publicized Spectre and Meltdown vulnerabilities required Intel to release software mitigations that slowed down its processors, while 9th-gen Core processors removed Hyper-Threading from the Core i5 and i7 lineups (possibly to help combat those security flaws). The company’s factories have also struggled to meet demand for chips. Intel, “Chipzilla,” found itself uniquely weak for the first time in a long time.

While Intel’s stalled on 14nm, AMD’s latest processors are the first ever built using the groundbreaking 7nm process. Better yet, third-gen Ryzen chips pushed the advantage by tapping redesigned “Zen 2” cores with twice the floating point performance and a 15 percent IPC increase over previous Ryzen chips. Clock speeds increased, too. AMD also overhauled instruction pre-fetching, doubled the L3 cache for vastly improved gaming performance, significantly rejiggered its chiplet design for lower latency, and more. These are the first processors to support the blazing-fast new PCIe 4.0 interface, and AMD even managed to increase core counts for its mainstream AM4 platform, hitting a massive 16 cores.

The best gaming CPU for most people

That’s a lot of technicalese, so here’s the translation: Third-gen Ryzen chips are loaded with cores and damned fast. Previous gaming and single-thread performance concerns have disappeared, and some AMD chips even pack higher IPC than rival Intel CPUs. “There are very few reasons left to buy a Core i9 today. The reasons left are real, but for probably 9 out of 10 consumers looking at a high-end CPU, they’ll want to buy the Ryzen 9 3900X,” we said in our review.

The sentiment holds true from top to bottom. In our guide to the best gaming CPUs, AMD chips hold down the Budget and Best Overall selections. Intel’s ridonkulous Core i9-9900KS officially holds the fastest gaming crown, hitting 5GHz on all cores after five years of 14nm refinement, but AMD’s Ryzen 7 and Ryzen 9 chips nevertheless play like champs and are the better options for most people thanks to their higher core counts and lower prices.

“The Ryzen 9 3900X is likely as significant, and likely as game-changing, as AMD’s original K7 Athlon-series of CPUs that crossed the 1GHz line first, or its Athlon 64 CPU that ushered in 64-bit computing in a desktop PC,” we declared. Moving up the chain, we called the 16-core Ryzen 9 3950X “an epic end-zone dance over Intel”—and since then, we’ve seen it beat Intel’s 18-core Core i9-10980XE champion in some tasks. As for the monstrous Threadripper 3970X, we said its “32 cores of unbeatable power” simply “blow away Intel’s best.”

No matter your budget, most people should buy Ryzen right now. Sure, Intel still holds an advantage in some tasks—Intel’s Quick Sync tech can make a huge difference in specific video editing workloads, Photoshop tends to prefer Intel’s Core chips, and if you want to pair a high-end graphics card with a high-end chip to drive as many frames as possible to a 1080p gaming monitor, the Core i9-9900K is the way to go. In general, Core i7 chips are still a great option for “pure gamers.” Intel excels at deep learning workloads and tasks that tap into AVX-512 instructions.

My, how the tables have turned.

Don’t count Intel out quite yet. It’s still larger than AMD many times over, and Intel Core chips have maintained an iron grip on the crucial laptop market, where Ryzen chips have struggled with power efficiency—though new Ryzen 4000 mobile CPUs built using the same Zen 2 cores as 3rd-gen Ryzen just arrived, and whupped on every Intel gaming chip on offer in its initial Asus ROG Zephyrus G14 incarnation. And remember: Last time Intel was on the ropes, it pulled out Conroe and the Core microarchitecture, kicking off over 15 years of undisputed triumph. There’s a reason why people call Intel “Chipzilla.”

But for now, David’s knocked off Goliath. Third-gen Ryzen processors rule the desktop from top to bottom, and AMD deserves every bit of praise it’s received for pushing computing into the multi-core future after years of stagnation. “The 32-core Threadripper 3970X runs unopposed in our eyes,” our evaluation concluded.