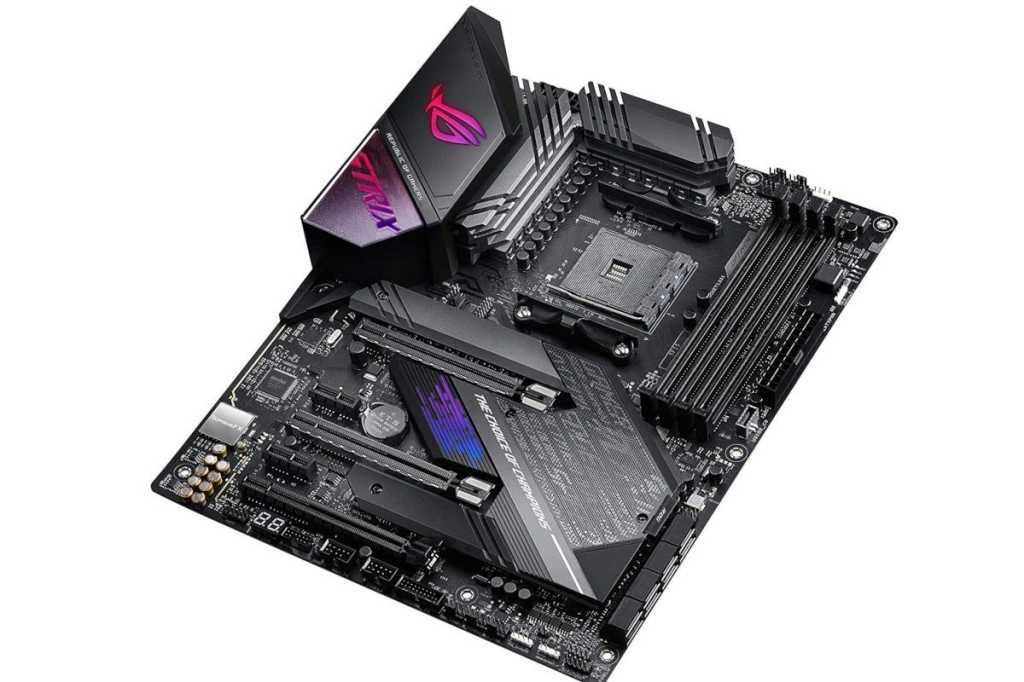 Third-generation Ryzen CPUs kick so much butt that AMD snatched the desktop crown from Intel for the first time in 15 years, but if you want to unlock their blazing-fast PCIe 4.0 support, companion X570 motherboards are damned expensive. That’s changing as we get into the heat of Black Friday. A number of X570 motherboards have dropped to downright affordable price ranges.

The best CPU for most people

You don’t need X570. You can use an older motherboard with Ryzen 3000 processors, such as an X470 or the budget-friendly B450 models. Combined with a Ryzen 3000 CPU, however, only the X570 chipset supports the cutting-edge PCIe 4.0 interface. Face-meltingly fast PCIe 4.0 SSDs are already available, and AMD’s Radeon RX 5700 series GPUs—our pick for the best 1440p graphics cards—support the newfangled interface, too. Our PCIe 4.0 primer packs all the info you need to know.

Even if you don’t need the speed right now, buying a future-proof motherboard now is a good strategy, especially when you can do it on the cheap.

Finally, Amazon has the ultra-premium Asus ROG Strix X570-E Gaming for $280, down from prices around $330. This motherboard rocks Aura Sync customizable RGB lighting, and integrated I/O shield, connectivity options galore, and all kinds of integrated cooling. It’s also packing a whole lot of slots including three PCIe x16 (though it appears only two support PCIe 4.0), there are also two M.2 slots with their own heatsinks, and two PCIe x1.

These are likely some of the best prices we’ll see for motherboards that support PCIe 4.0 before 2020, when the rumored budget-friendly B550 models are expected to appear. AMD never confirmed their launch, however, so get in on these X570 deals if you’re interested.