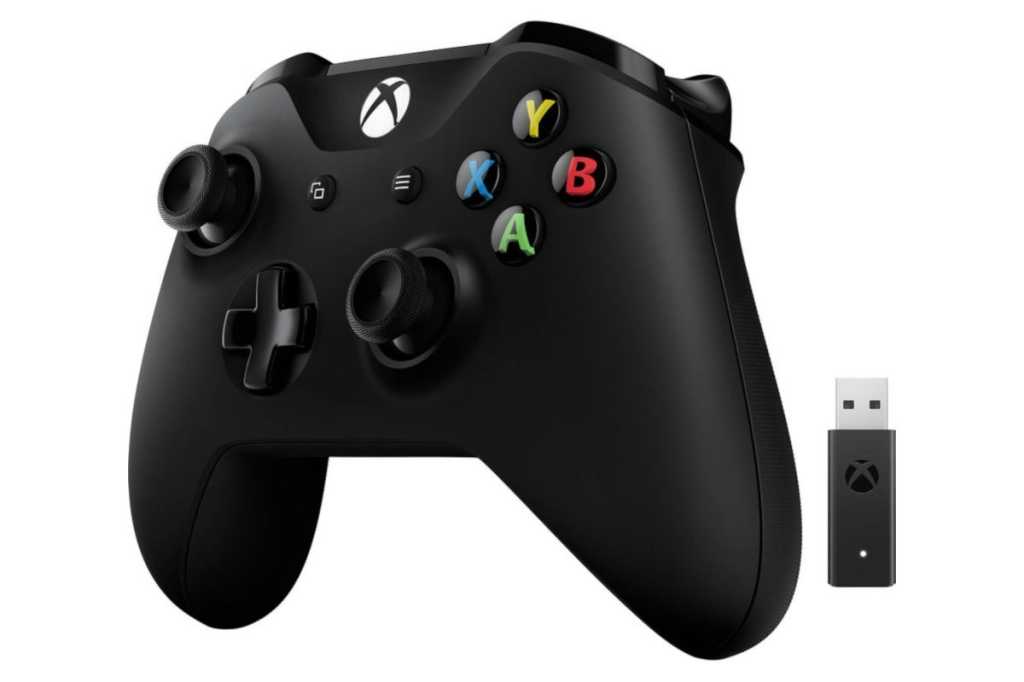 Anyone looking to game console-style on a Windows 10 PC, Mac, or Apple TV should run over to B&H today. The online retailer is selling the Xbox One controller and a wireless adapter for Windows 10 for $45Remove non-product link. That’s a fantastic price considering the adapter alone is usually $25 and the controller is usually $60 by itself, with sale prices sitting around $40.

Microsoft’s Xbox controllers are popular for PC gaming thanks to their fit and feel, and easy integration with Windows 10. They are also popular with Mac gamers, but you’ll have to use the included cable instead of a wireless connection. Now that Apple opened up Xbox One wireless controller support to Apple Arcade on Apple TV, you can also use this Bluetooth-enabled device with the set-top box.

Windows 10 users can remap buttons if they like with the Xbox Accessories app. It’s also got a stereo headset jack for using your headset while gaming on a PC.

As for the wireless adapter, it’s 66 percent smaller than previous ones and makes it easy to connect the controller to a Windows 10 PC that lacks native Bluetooth capabilities.