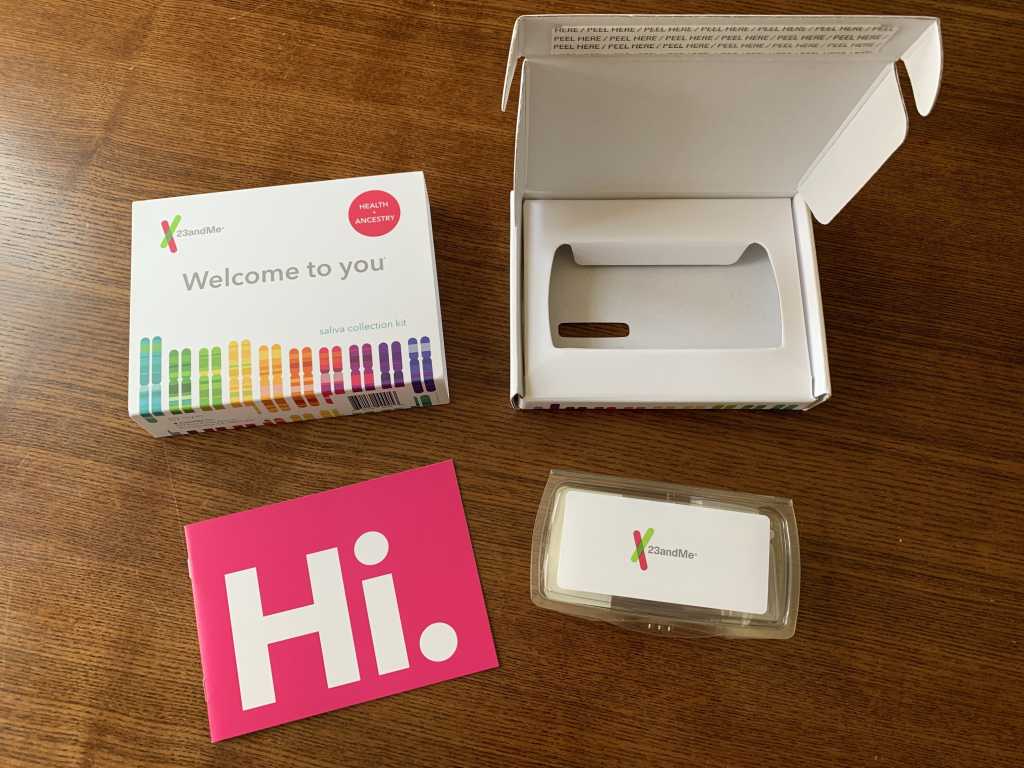 23andMe Health + Ancestry is a comprehensive DNA test that delivers fascinating results, all presented in a user-friendly and attractive manner. It’s an excellent overall package.

Editor’s note: This review was updated in January 2020 to include new information about how 23andMe uses its customer data. See the Privacy section below for details.

The base 23andMe Ancestry kit ($99) stands above the competition as our pick for the best DNA testing kits for ancestry, delivering a large array of detailed ancestry results presented within a clean and compelling interface. However, 23andMe’s DNA testing service can provide more than just insights into your lineage.

For $100 more, the 23andMe Health + Ancestry kit ($199) bundles in a wide array of health information pulled from the very same DNA sample, providing details about your genetic predisposition to certain ailments, how your DNA might shape your lifestyle and your body’s reactions, and even genetics-based guesses at some seriously out-there traits—such as your ability to match a musical pitch.

That’s a fair bit more to spend on genetic results, but 23andMe’s health data is nearly as intriguing as the ancestry data, and just as richly presented. It goes a long way toward making 23andMe not only the best DNA test for ancestry, but also the best all-around testing package that we’ve reviewed so far.

23andMe focuses on particular genetic variants across your autosomal DNA (22 chromosomes), as well as sex chromosomes (X/Y) and mitochondrial DNA inherited from your mother. Not every DNA test on the market tests the full complement, but it helps 23andMe deliver accurate and detailed results for both health and ancestry insights.

23andMe needs a solid sample of your DNA to conduct its testing process, and the easiest and fastest way to do that is to collect a vial of your saliva and mail it into their laboratory. Here’s everything you’ll find in the package:

Be prepared to spit, and spit, and spit until your fluids reach the designated line. It might take you a few minutes to produce enough saliva, but it beats going into a testing facility. 23andMe has devised a pretty clever little package, too, as closing the lid on the funnel topper releases a liquid that preserves your DNA for transit. Shake it for a few seconds and your sample is ready to pack up and send.

From there, just swap the funnel lid for the tube cap, pop it into the specimen bag, and then put it into the original box with the prepaid label and drop it off at the post office or a mailbox. Now is an ideal time to register your kit online, or otherwise make sure you keep track of your kit’s barcode for registering it later.

23andMe has significantly trimmed down the amount of time it takes to turn around your results, with the current estimate sitting at three to five weeks. When we reviewed the Ancestry kit, it was six to eight weeks. In my own experience, it only took two weeks to get the results after sending in my sample, and I received an email from 23andMe once the results were ready to view.

We extensively detailed the Ancestry side of the 23andMe testing experience in our previous review, so I won’t get too deep into detail on that here. My collegue Dieter Holger’s original evaluation is spot on: There’s an incredible amount of information to dig through, and it’s all presented in a way that is attractive and easy to understand, yet also allows you to explore further if you please.

The Ancestry Composition is the main view of your data, showing a world map and a tally of percentages that add up to 100%. It’s here that you’ll find the breakdown of where your ancestors came from, according to your DNA, and the ancestry timeline below estimates how many generations back (and approximately the timeframe) your ancestors hailed from different parts of the world. 23andMe’s data is constantly updated, too, with an October 2019 update adding new populations and providing more precise results for certain regions.

There’s a lot of fun supporting data too, such as a look at your Neanderthal ancestry and potential traits that came from that, as well as maternal and paternal haplogroups with maps that show how such populations migrated over the centuries. The matchmaking service, meanwhile, lets you opt-in to connect with other users who share some of your distinctive DNA and are identified as potential cousins.

On the health front, 23andMe splits its reports into three categories: Health Predisposition, Wellness, and Traits. As of this writing, Health Predisposition includes reports for 12 conditions, including Type 2 Diabetes, Late-Onset Alzheimer’s, and Parkinson’s Disease. Mine, for example, suggested a “Slightly Increased Risk” for Celiac Disease and Late-Onset Alzheimer’s.

Clicking each entry brings up an explanation for the verdict, such as having a copy of a variant of a certain gene, as well as further information on the limitations of such data and how other factors can contribute to the condition. But then there’s a lot more. Click on the Scientific Details tab for Late-Onset Alzheimer’s and you get much more information on the gene, risk estimates, other factors, and testing details. And then there’s a Frequently Asked Questions tab that digs even deeper, providing further detail and pointing you towards other resources.

The Wellness reports include such things as Caffeine Consumption, Lactose Intolerance, Alcohol Flush Reaction, and Muscle Composition, and show your genetic predisposition to such things. Each report is colorfully illustrated and broken down into easily understood nuggets that not only share your result, but also explore the topic and the science behind it.

While the Traits section has some pretty mundane reports, like whether you are genetically predisposed to have Dandruff or Freckles, it also has some really unexpected ones—like Ability to Match Musical Pitch, Fear of Public Speaking, Ice Cream Flavor Preference, and average Wake-Up Time. I gleaned few critical insights from these reports, but I was a lot more entertained learning about the genetic reasoning behind each. As with the other reports, they’re shared with graphics and are easy to read and understand.

Competing health-focused service TellMeGen has a significantly larger number of reports across its listings of Complex Diseases, Inherited Conditions, and Traits. However, it does the bare minimum in providing the critical insight and information needed to understand the results. It has a clunky, unfriendly interface with text that often isn’t polished or written for the layman, providing less value to the average user.

TellMeGen might have more results, but I felt like I got a lot less out of it than with 23andMe. And given how much richer and more detailed 23andMe’s ancestry data is than TellMeGen’s, I can’t help but also put more faith into the health data that 23andMe provides me.

Given the concern about DNA testing companies having control of (and sharing) your valuable data, a key part of the 23andMe website involves the company’s privacy policies.

You can decide whether or not 23andMe stores or destroys your sample once processed, as well as whether your account is public and if you want to be a part of its relative-matching service. 23andMe also says that your genetic information is stored separately from identifying details, and that the company will not provide data to employers or insurance companies. However, it may be forced to comply with law enforcement requests.

The company also has a few different consent agreements for how it can use your DNA results data for other purposes, covering everything from research to commercial applications. Indeed, a news story in January 2020 revealed how 23andMe’s research and partnerships can result in lucrative licensing deals for the genetic-testing company. Using its vast store of customer data, 23andMe has already developed a drug with the potential to treat inflammatory disease, the rights to which were then sold to a Spanish pharmeceutical company. Not a bad arrangement for 23andMe—customers pay to provide the data, then third parties pay for the R&D derived from it.

If you want to participate in optional research initiatives, then you’ll need to consent to sharing the data with 23andMe for that purpose, give them the right to study new variants that may emerge, and also allow use of your data by third-party institutions such as universities, research labs, and pharmaceutical companies. Again, this is purely optional. If the idea of any of that rubs you the wrong way, then do not consent to it.

And if you do want to delete your account and data forever, there’s an option for that. However, your data cannot be removed from already-completed research studies that you previously opted in to, plus 23andMe must keep some basic data for compliance purposes.

23andMe impresses across the board. The service is easy to use, the kit is tested quickly, and the results are in-depth yet presented in a way that anyone can understand. It’s the gold standard for home DNA testing at present, and while $199 might seem like a lot to spend on such a thing, the level of insight is truly impressive. And with new discoveries and further research, it should only become more expansive and interesting over time.