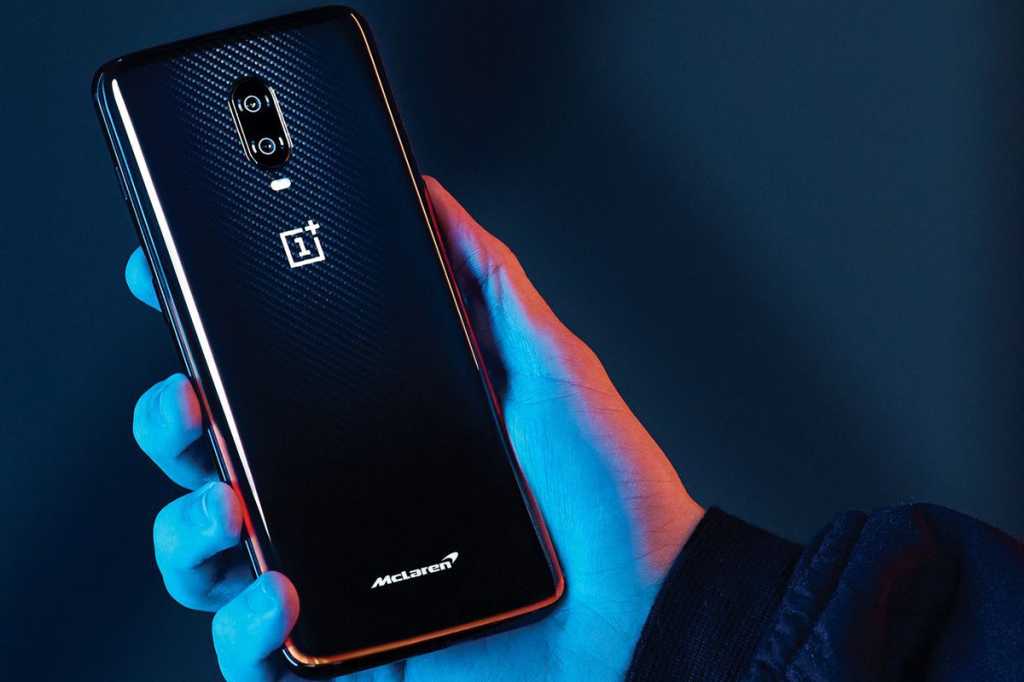 Lost amid the 5G phone hype, analysts say, is a little-known fact: None of the high-priced 5G phones currently being sold in carrier stores can access both 5G mmWave and sub-6GHz networks. It’s one of the main reasons why you shouldn’t jump on the 5G hype train too early. But that will change during the first quarter of 2020, Qualcomm senior executives said during the company’s Snapdragon Technology Summit in Maui, Hawaii.

As it stands now, 5G is basically an either-or proposition. The OnePlus 7T Pro 5G McLaren Edition that T-Mobile announced as it “turns on” its 5G network on December 6 is a “lowband” phone, capable of accessing T-Mobile’s 600MHz 5G network. But it won’t be able to access the short-range, high-bandwidth, and extremely fast mmWave spectrum that Verizon is rolling out, and that T-Mobile has deployed in a handful of cities. On the other hand, phones like the Samsung Galaxy S10 5G for Verizon are optimized for high-speed mmWave communication, which yield the sort of eye-popping gigabit downloads that dominate headlines, but can’t access sub-6GHz frequencies.

“Starting in [the first quarter] of 2020, you’ll see a bunch of phones that will have both [mmWave and sub-6GHz],” he said at an executive roundtable at the Qualcomm Snapdragon Technology Forum in Hawaii.

According to Qualcomm president Cristiano Amon, AT&T and Verizon, the first two operators to launch mmWave, had neither midband capabilities nor dynamic spectrum sharing (DSS), which would allow the base station to use both frequencies simultaneously. Katzouian went further, saying that Qualcomm deliberately simplified the OnePlus 7T Pro 5G McLaren Edition to make it easier to roll out.

“If you look at that solution, it’s…the [Snapdragon] 855 Plus and the X55,” he said. “And in order to get that into the market as fast as possible, we went sub-6GHz only with them. There was no technical limitation at all.”

However, change is on the horizon. A “great number” of the 200-plus designs the company has seen—presumably with the upcoming X55 modem, though he didn’t specify—include both sub-6GHz as well as mmWave capabilities, Amon said. One carrier is also already on board. Kevin Peterson, senior vice president of AT&T Mobility, said in an interview that in 2020 AT&T plans to have a “full complement” of what he called “dual mode” devices that can access millimeter wave and sub-6GHz networks, about 15 in all.

So it sounds like if you want a future-proofed phone that can support “both” 5G technologies, early 2020 will be the time to buy—not this holiday season.

Qualcomm formally announced the next-gen Snapdragon part, the Snapdragon 865, as well as the slightly less powerful Snapdragon 765 and 765G, on Tuesday. (The 865 is for flagship phones that can cost upwards of $1,000, while the target market for the 7-series chips is the $450-$550 range, Katzouian said.) So far, only the 765 and the 765G have an integrated modem. In the 865, the X55 modem remains as a discrete chip. Why should you care? Because integration usually means better battery life for your phone.

While Qualcomm executives had previously indicated that they had let the X55 remain as a discrete processor because of the ability to combine it with multiple platforms, Amon went further to say that integrating it too early risked a reduction in the modem’s performance. That occurred with a Chinese competitor Amon declined to name.

As for when customers could expect a Snapdragon 800-series chip with an integrated 5G modem, Amon deferred, only saying to make sure to attend next year’s Snapdragon conference. That’s a long wait, but Katzouian said that Qualcomm’s Snapdragon 6-series chips—another step down the performance food chain—would receive 5G modem integration in the second half of 2020.

Qualcomm is expected to dive into the deeper details of the Snapdragon 865 on Wednesday, along with the 765 and gaming-focused 765G.