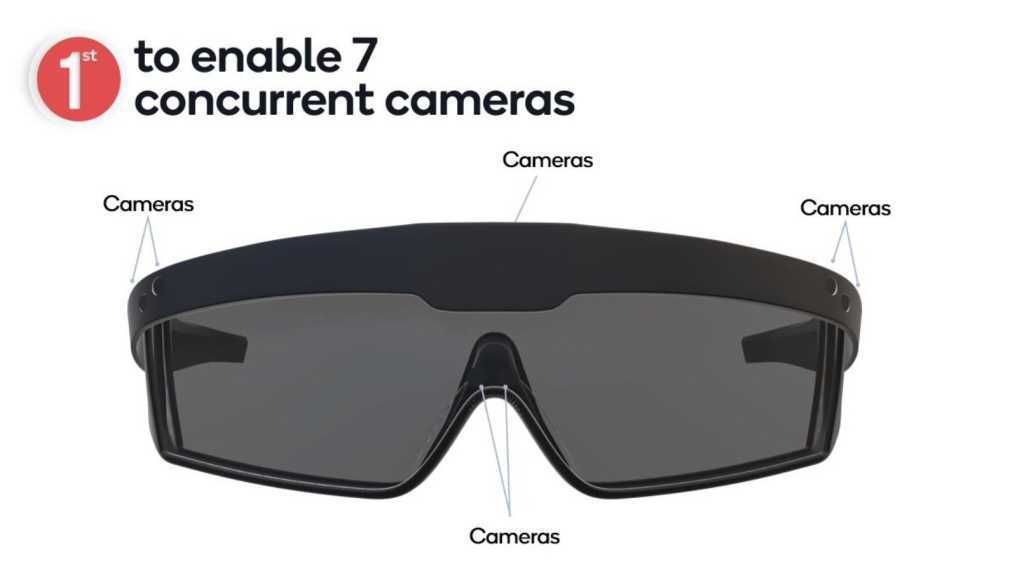 Qualcomm will use its newly announced Snapdragon chips to take another swing at the mixed reality market, adding 5G to the mix with the Snapdragon XR2 platform.

Announced at its Snapdragon Technology Summit in Maui, Hawaii, Qualcomm said it believes that the on-device horsepower of the recent Snapdragon chips, combined with the “edge cloud” capabilities of the 5G connection, should be enough for true mixed reality: augmented reality in one context, and virtual reality in another.

Niantic, the developer behind the popular Pokemon Go game, even announced a multi-year partnership to develop AR glasses based on the platform.

Low-latency passthrough will allow those cameras to provide a mixed-reality experience with a virtual overlay across real-world objects, Qualcomm says. Alternatively, you’ll be able to watch 360-degree videos with 8K resolution at 60 frames per second.

Qualcomm has a good pedigree in the mixed-reality market. The older Snapdragon 835 (used in the Samsung S8 smartphone, among others) was the foundation for the Oculus Quest, which PCWorld crowned with an Editor’s Choice award. When Qualcomm announced its first XR1 platform a couple of years ago, the company didn’t really come right out and say it was based on the 835, though it is doing so now. It appears that the XR1 was the foundation for Google’s enterprise version of its Glass AR headset, as well as the Vuzix M400 enterprise smart glasses. In total, over 30 XR platforms are powered by Snapdragon, according to Qualcomm. The XR1 will still be sold, explained Hugo Swart, the Qualcomm vice president in charge of XR. But the XR2 will be the premium platform.

(Qualcomm also has proposed XR viewers, which uses a glass accessory, tethered to a phone in your pocket. “Boundless” XR use a wireless tether to a PC, Swart said.)

Qualcomm’s being equally vague today. In briefing documents, Qualcomm didn’t mention whether it was its new Snapdragon 865, 765, or 765G chip underlying the XR2 platform, or which 5G modem it was using.

Still, Qualcomm made some impressive comparisons between the old platform and the new: twice the CPU performance, 4 times the video pixel throughput, a 6X improvement in the native resolution per eye, and AI performance of 15 TOPS—11 times more than the older 835 platform.

Qualcomm’s also expected to talk more today about how its on-chip AI engine can assist augmented reality and other applications, such as recognizing objects, recognizing when an object is occluding another object, and so on. There’s a dedicated computer vision processor, too. In one example, Qualcomm “cut” a dog, a couch, and a few other objects in a living-room scene and ported them to a luau environment. Qualcomm’s also touting its ability to recognize sounds, such as a baby’s cry.

Hiren Bhinde, director of Qualcomm’s XR products, explained that Qualcomm will combine AR and VR through low-latency camera passthroughs: you’ll be able to wear an XR2 “VR” headset,” but the camera passthrough will be able to “see” the real-world objects and let you see them, too. Qualcomm’s announcing that the company will supply platform APIs as well as help customers select components as part of a reference design.

This story was updated at 10:36 AM with additional details, includng the Niantic partnership.