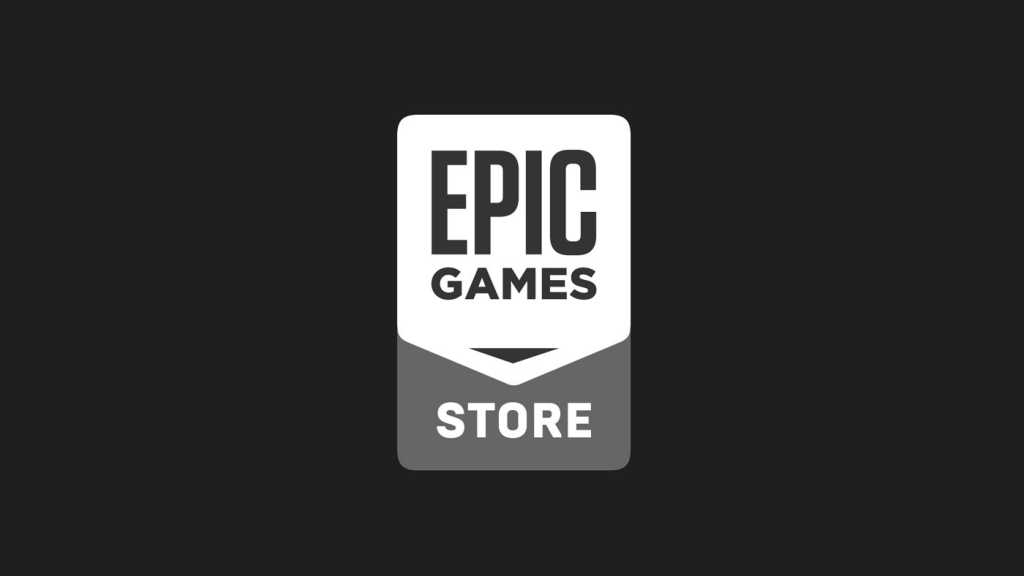 A year ago, I wrote these words: “Epic Games is creating a Steam rival and Valve should be scared.” And for good reason: The Epic Games Store debuted December 6, 2018 and upended the PC gaming market. Valve, once unassailable, suddenly seemed very vulnerable. Flush with Fortnite money, Epic provided the first real competition to Steam since its inception 15 years prior. What company wouldn’t worry?

If I could amend that headline now though, I’d instead write “Epic Games is creating a Steam rival and Valve should be grateful.”

Grateful, not because Valve fended off the newcomer and solidified its own position, but because Epic spurred Valve out of complacency. The Epic Games Store is better now—but so is Steam. As we look back on the past year, that might be Epic’s most valuable contribution to the PC thus far.

As I wrote last December, “Epic doesn’t need to convince players [to use the store]. It only needs to convince developers.” And I was right. Steam’s strength lies in being the de facto storefront for PC gaming. Countless challengers had tried and failed to overcome Valve’s primacy. Many carved niches for themselves, like GOG with DRM-free and classic games. But for the biggest PC releases? Why buy elsewhere if you already owned a few dozen (or few hundred) games through Steam? You wouldn’t.

Or at least, you wouldn’t unless forced. Epic’s only chance, as I saw it, was to lure away a few high-profile exclusives. Players would follow. Not all of them, of course, but enough to make the platform viable. And at the time, I thought this would happen naturally thanks to Epic’s better revenue split—88 percent to the publisher, versus 70 percent through Steam.

I underestimated Epic’s aggression. So did Valve, I think.

First, Epic jump-started everyone’s library with a bunch of free stuff. Get this: Even if you didn’t spend a cent on the Epic Games Store in 2019, your library could be north of 50 games right now. Fifty!

Epic started the year giving away a single game every two weeks. Then in June it switched to a free game every week. Then that became, for a short time, two games a week. The final count, factoring in this week’s Jotun: Valhalla Edition? 56 free games, more than one a week for the entire year.

And sure, some weeks were more exciting than others. Epic gave away some truly incredible games though, many of which appeared on our past Game of the Year lists—like Soma, Observer, Mutant Year Zero, Stories Untold, and more. The list even includes two of our Game of the Year winners, What Remains of Edith Finch? and Celeste.

Now that we’ve reached the one-year mark, I’m not sure whether these giveaways will continue. It’s been a hell of a run though, and significantly offset Valve’s 15-year head start.

Epic did the most damage by locking down 2019’s release calendar though. As I said, Steam was the de facto PC storefront for years. If a game came to PC then it came to Steam, with few exceptions.

In 2019, that couldn’t be further from the truth. Epic shelled out a ton of money for timed exclusives. Good ones, too! Many of my favorite games this year, big and small alike, debuted on Epic’s storefront—Metro Exodus, Outer Wilds and Obsidian’s similarly named RPG The Outer Worlds, Control, and Tetris Effect.

Did it work? Probably. It’s hard to know without concrete sales figures, and the only numbers we have are almost a year old. At GDC, Epic said more than 85 million accounts were using the Epic Games Store already—and that 40 percent of them didn’t have a corresponding Steam account. Pretty impressive.

Anecdotally, the flood of exclusives has caused me to open the Epic Games Store more often than any other Valve competitor. Uplay is a three-times-a-year launcher. Origin, usually once-a-year. But Epic’s been open on my PC more days than not.

Maybe the best evidence exclusives work though is the fact that Epic continues making deals. Circular reasoning perhaps, but with some deals reputedly topping $10 million, it’s hard to imagine Epic would throw that kind of money around without seeing some return on investment. Developers continue to opt in as well, even knowing it’s bound to attract negative attention. That too is a decent endorsement.

And then there’s Red Dead Redemption II. Released on the Rockstar launcher and the Epic Games Store in November, it hit Steam yesterday—only a month later. That’s a short window, much shorter than the year-long deals Epic’s struck with most developers. So how did it fare? Valve’s stats say it peaked at 11,876 players its first day on Steam. By contrast, Grand Theft Auto V peaked at 104,000.

There are a ton of caveats to those numbers, including the fact that Red Dead’s PC version is pretty janky and that it launched on the Rockstar launcher in addition to Epic’s storefront last month. It’s hard to do A/B comparisons when you don’t control any of the variables.

At the very least, we can surmise the month-long embargo probably hurt Steam sales. I’d go further and wager that the vocal “No Steam, No Buy” crowd is a minority though, and that most people simply don’t care about the backroom dealings and the drama. They just want to play the games wherever they end up. Epic? Steam? They’re probably two sides of the same coin to a large portion of the audience.

For every game Steam’s lost though, it’s gained another. That’s the most surprising story of 2019, and it feels like the competition from Epic is at least somewhat responsible. The once-fractured PC landscape is instead coalescing around two poles, which has led to some fascinating alliances.

Microsoft and Valve, for one. Microsoft, the company that so enraged Gabe Newell, Valve built its own Linux-based operating system to try and escape. Microsoft, which locked its first-party releases to the Windows 10 Store for almost the entire Xbox One console generation even after warming to the PC.

And yet as I write this, a Halo remaster is the number four game on Steam with a daily peak of 123,000 players. It’s the third major Microsoft release to hit Steam this year, after Gears 5 and Age of Empires II: Definitive Edition, with more to come in the future.

It’s not even the most surprising alliance of 2019 though. That’d be the hell-hath-froze-over handshake between Valve and EA.

EA was the first major publisher to abandon Steam, and arguably the only one to have any success. Nobody really loves Origin, but it’s at least come to be tolerated since its launch in 2011. Lest we forget, Origin pioneered the two-hour refund window we now take for granted on all platforms. EA was early to Netflix-style subscription services too, first with EA Access on Xbox and then Origin Access on PC.

EA’s Switzerland status is over though. In late October, EA announced it would be returning to Steam—first with a day-and-date release of Jedi: Fallen Order, and then with Apex Legends, The Sims 4, Battlefield V, and other legacy titles. Perhaps even more important for the future, EA will also bring its Origin Access subscription to Steam, a first for Valve’s platform.

Would the wall have come down without Epic’s entry into the fray? Maybe, but it still seems like the launch of the Epic Games Store helped hurry things along. In 2019, Valve finally needed EA as much as EA needed Valve—and Epic’s improved revenue split gave EA some leverage.

Oh, and the recent Steam Autumn Sale was the best in years, bringing steep discounts on newly released games like Gears 5 and Hitman 2.

Again, much of this was in development before the Epic Games Store launched. It would’ve happened eventually, some of it this year even. Still, it’s hard not to feel like Epic helped hurry Valve along, that having competition helped counter the notorious effects of “Valve Time” and get some projects finished and shipped for once. Valve finished 2018 under siege. It finishes 2019 on its own terms.

Not that Epic has faltered. Quite the contrary. Given how resistant people are to change, how much of a head start Valve had, the Epic Games Store has had a remarkable first year. I’m sure that with battle lines now drawn, the conflict will only intensify in 2020. Valve can’t rest easy yet.

Neither can Epic though. There’s so much work left to do, and the longer the Epic Games Store exists the more glaring its shortcomings. Not long after the store’s debut, Epic put together a road map. The idea was to give both fans and detractors a window into the development process. If the lack of cloud saves was stopping you from using the Epic Games Store? You could look at the Trello board and see that cloud saves were slated for May.

Then Epic missed basically every milestone it set. No surprise, maybe. Software development is volatile. But Epic essentially shot itself in the foot, announcing self-imposed deadlines that it then blew past. Cloud saves eventually rolled out to certain games in August, not May. “Player Play Time Tracking,” originally slated for the summer, launched at the end of September along with a much-needed List View. Filtering the store by genre didn’t happen until October.

Hell, until a few weeks ago you couldn’t even see how much disk space most of your installed games took up.

And there are still conspicuous holes in Epic’s feature set. A Wishlist interface was originally slated for summer, but Epic only showed it off for the first time in October and it’s yet to officially launch. Achievements still feel as distant a dream as they did last December, as does the ambiguous “Mod Support.” There’s no gifting, nor a shopping cart for people who want to make multiple purchases.

Looking back on that initial road map, it now seems absurdly optimistic. And yet it’s also hard not to feel like the store should be further along at its first anniversary. Epic’s switched to a simpler “Recently Shipped / Up Next / Future Development” system for its upcoming features, but that can only stave off the questions for so long. Where are achievements? Why is it taking so long to add a shopping cart?

Even for people who don’t mind the Epic Games Store, like myself, the continued absence of such basic features looks a lot more conspicuous going into year two.

Still, it’s been an exciting year. A controversial year at times, but an exciting one. Epic’s built a solid foundation for the future, and given a lot of developers a lot of money in the process. If we ever get a Control 2 or another Metro game, chances are Epic’s Fortnite cash had something to do with it. Meanwhile EA’s back on Steam, Microsoft’s back on Steam, and Valve’s more energized and active than I’ve seen in years.

And you at home? You got 56 free games. That’s reason enough to enjoy competition. Here’s hoping Epic and Valve push each other to new heights in 2020, because it’s to every PC gamer’s benefit in the long run.