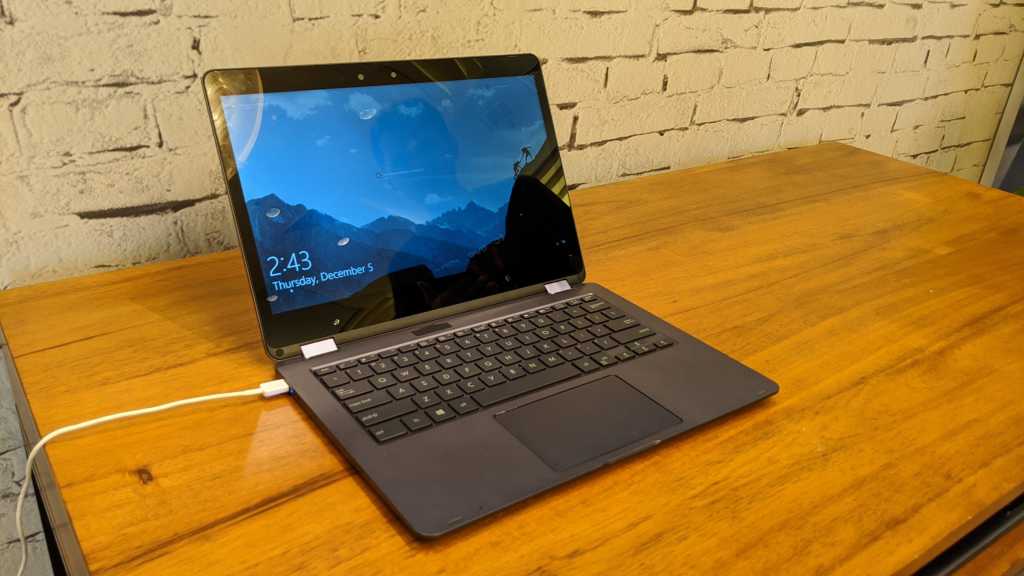 Let’s be honest: We’re a bit skeptical of the new Snapdragon 7c and 8c story, Qualcomm’s latest expansion of its Snapdragon Compute lineup into cheaper markets. But we had a chance to play around with them, and they’re…fine?

At the Qualcomm Snapdragon Technology Summit in Maui, Hawaii, the company offered reporters a chance to try out a pair of 7c and 8c demo machines. Both of the units we saw were reference designs, with pre-production hardware.

Miguel Nunes, senior director of product management for compute products, supplied us with a few more details about each chip. The 7c includes a pair of ARM Cortex-A76 “performance” cores, with six Cortex-A55 cores serving as the low-power “efficiency” cores. There’s an X15 LTE modem, too.

The Snapdragon 8c uses four A76 and four A55 cores each, a higher-performing mix that’s paired with a 2Gbps X24 LTE modem or an optional 5G modem, the X55. If that means nothing to you, that’s fine: Nunes said that you should think of the Snapdragon 8cx as a Core i5, the 8c as a Core i3, and the 7c as a Celeron-based Pentium processor.

Unfortunately, the 8cx itself hasn’t exactly blown the roof off the PC market. While Qualcomm previously promised that the 8cx would deliver Core i5 performance in the PCMark 10 Apps benchmark, it came up way short. (This particular benchmark is important, as it directly loads Word, Excel, Powerpoint and Edge, all of which should run fairly comparably on both ARM and Intel-based machines.) Here’s our PCMark 10 Apps score for the Microsoft Surface Pro X tablet, which uses an 8cx-based custom chip, the Microsoft SQ1. It’s just not even close to an older Core i5.

The question is how much performance the midrange (under $800 or so) and the low-end (under $400) market expects, and how much Qualcomm can deliver. You’ll also have to factor in caveats like the Snapdragon’s current inability to run 64-bit Windows apps, even through emulation.

Hands on with the Snapdragon 8c

Qualcomm’s demo machines came with one rule: no benchmarking. Instead, we performed a few standard tasks: playing back a 4K, 60-fps video from YouTube, scrolling through a large Excel spreadsheet, and loading fairly intensive web pages.

There was a bit of stutter playing back the 4K video, and that’s after we made sure it had buffered appropriately. (The demo room Wi-Fi was satisfactory, but not overly so.) I’d say video performance would be satisfactory for a majority of users, however. Scrolling around a large Excel spreadsheet felt smooth, though we didn’t have the opportunity to perform any calculations. The machine felt responsive enough when loading sites like PCWorld.com, using both the optimized version of Firefox and the new, optimized Edge.

We had a completely different experience playing Asphalt 9: Legends, the sequel to the popular Asphalt 8 racing game. Here, the fast-paced race through a downtown city stuttered and even paused for a second or two. I found Asphalt 9 already loaded on the demo machine when I tried it; I was told later that the game ran much more smoothly on an entirely different map.

Hands on with the Snapdragon 7c

The 7c, I think, is where Qualcomm’s taking the biggest risk. Sub-$500 PCs, especially Chromebooks, dominate Amazon’s list of most popular laptops. But Qualcomm hasn’t said anything about pushing either the 7c or the 8c to the Chromebook market, leaving its slowest chip in the hands of PC makers eager to save whatever pennies they can—and a customer base that can quickly turn on you with unfavorable reviews.

For me, the 7c and 8c experiences seemed roughly the same. The difference between the two machines, though, was that while the 8c contained a paltry 4GB of RAM, the 7c boosted that to 6GB—not an enormous amount, but sufficient to get the job done.

That may have offset any performance issues that arose with the use of the Sanpdragon 7c. Web browsing remained relatively smooth—but again, we were using the optimized browsers. 4K-60 video mostly played back smoothly. I didn’t have a chance to play any games, though that’s really not the point of low-end machines.

With Qualcomm’s Snapdragon-powered machines, we’ve always been of the mind that you’re best off remaining within the safety of apps written strictly for the ARM architecture. Go beyond that, and problems may arise. That advice will probably hold even truer as Qualcomm moves down the food chain into value PCs.