It’s that time of year again: Snow’s falling, chestnuts are roasting, and AMD’s huge annual update for Radeon Software is rolling out.

While previous iterations focused on stuffing in new features—to such an extent that I wondered how AMD could further improve its already-outstanding graphics suite—AMD Radeon Software Adrenalin 2020 Edition revolves around a gorgeous visual overhaul that puts everything you need in more obvious places. That said, it also comes with some helpful new additions that flesh out existing features, streamline your gaming experience even more, and in the case of the intriguing new Radeon Boost, can potentially supercharge your frame rates in fast-paced games.

Adrenalin 2020 Edition can even act as a unified game launcher in an era of warring platforms. 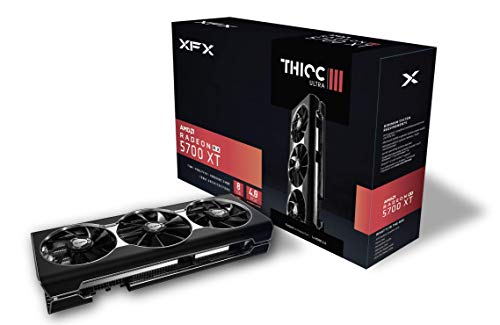 The days of Radeon software inferiority are over. The latest revision in a now long and consistent line of yearly improvements, AMD Radeon Software Adrenalin 2020 Edition makes an already-great graphics control center even better. Let’s dig into the new look, followed by a recap of the new features you’ll find.

AMD kicked the aging Catalyst Control Center to the curb in 2015, introducing a sweeping redesign in Radeon Software Crimson that surpassed Nvidia’s GeForce Experience in sheer slickness. As new features like ReLive streaming, Radeon Wattman overclocking, and AMD Link were added over the years, the interface became increasingly crowded. AMD Radeon Software Adrenalin 2020 Edition brings it all back together into a more cohesive whole.

It all starts with a completely rearchitected installer that’s up to 34 percent faster than previous versions. The installer includes the ability to keep your previous settings if you’re upgraded an existing version of Radeon Software, or you can check a box to perform a clean install and blow any away possible cobwebs. You can also choose between WHQL-certified and beta drivers with the latest bug fixes and features when those start rolling out. Groovy.

Once you’re up and running, you’ll be asked to select one of three preset profiles, all of which activate different features by default. The Standard profile turns on FreeSync only when you connect a compatible monitor—a setting enabled for all three profiles.

The Gamer profile focuses on delivering better graphics with great frame rates, enabling AMD’s Enhanced Sync, Radeon Image Sharpening, Radeon Anti-Lag, and Virtual Super Resolution options. The E-sports profile optimizes around pure performance when every second of latency matters. It skips Enhanced Sync and Virtual Super Resolution, and limits the tessellation image to 8X, with Radeon Image Sharpening and Anti-Lag also active. You can manually change each option or your profile after setup.

Then you say hello to the new-look Radeon Software interface. You can summon it at any time, inside of games or on your desktop, by pressing ALT + R.

Your most recently played games are at the forefront of the new interface, complete with performance metrics and hours played for each title, which AMD constantly tracks in the background now. If you want to hop back into things, you can launch your most recent game with one click.

Selecting the gaming center in the main interface brings you to the new Gaming tab, where you can select a title to see the same performance and time metrics, a compatibility checker that compares your current hardware against what the developers recommend, and graphics and display options galore if you want to set specific settings for the particular game, rather than globally. You can also launch your game from here, regardless of which launcher it requires. Check it out below.

Underneath the “Last played” box on the main screen you’ll find some quick media capture tools allowing you to take a screenshot, record a video, create a GIF, or capture an instant replay of your last action quickly and easily. These are the sorts of tools that used to live under the ReLive brand, but that’s being retired, with all capture tools consolidated under Radeon Software Adrenalin 2020 Edition’s Streaming tab. You’ll mind more extensive live streaming and media creation options there. AMD provides everything you need to start recording videos, complete with a scene editor and more—no complicated third-party software like OBS or X-Split needed if all you want is a straightforward stream.

Finally, the right rail/column of the main screen is dedicated to basic system information. You’ll see the status of your drivers and whether new ones are available, along with a Device Status module that shows whether you have a phone or tablet connected via AMD Link. (The AMD Link mobile app will receive an overhaul of its own to match the look and feel of Adrenalin 2020 Edition.) AMD’s Upgrade Advisor lets you know at a glance whether your hardware’s up to snuff for modern gaming, while a Tutorials section shines more light on available features.

You’ll see different sections available across the app’s title bar. Streaming holds the video options formerly known as ReLive, as we’ve discussed. If you’re recording gameplay, pressing ALT + R to summon the Radeon Overlay in-game displays a different main screen than the standard one we just discussed. You can see it below.

The Gaming tab, again, lets you dig deeper into the details for individual games. A supplementary Media section lets you browse through and edit any media you’ve captured with Radeon Software, while the Compatibility section provides a broader overview of whether your hardware meets the requirements for all your games, respectively.

The Tuning section of the Performance tab holds all the overclocking, fan control, and undervolting options previously known as Radeon Wattman, a brand that’s also being retired. This is where geeks can optimize their graphics card, complete with an overhauled manual view with dedicated controls for GPU tuning, fan tuning, VRAM tuning, and power tuning. The Advisor section, finally, grants access to the beginner-friendly Advisor tools introduced in last year’s Radeon Software update, which can help you change profiles and optimize your games and hardware.

The rest of the sections sprawled across the top toolbar should be pretty straightforward. The Settings cog grants access to all the nitty-gritty options you want from GPU software in one convenient location, with settings beyond what you’ll find in the more streamlined main tabs. The Search box, well, searches for any features you can’t find.

Of particular note is in the newly integrated web browser, symbolized with a globe icon. AMD integrated a lightweight, Chromium-based browser right inside of Radeon Software, so you can easily search for tips, walk-throughs, videos, and anything else when you summon the Radeon Overlay in-game. Sounds handy, especially on resource-constrained systems that might not be able to run Chrome and a game simultaneously very well.

AMD’s Radeon Software Adrenalin 2020 Edition isn’t all style. It’s packing some interesting new substantial features too, the most intriguing of which is Radeon Boost.

Scott Wasson, the senior manager for product management at Radeon Technologies Group, describes Radeon Boost as a “movement-based dynamic resolution” feature. Radeon Boost intelligently reduces your game’s resolution when you’re mousing around or pushing a control stick on a gamepad—when you’re moving in game, basically. Any HUD imagery sticks to 100-percent scaling to avoid jankiness, but Radeon Boost downscales the rest of the image to either 83.3, 66.6, or 50 percent of the native resolution. When you stop moving, the resolution scales back to 100 percent immediately.

It’s not quite the same as variable rate shading, a technology introduced in Nvidia’s Turing GPU architecture and since enshrined in DirectX 12, but Radeon Boost stems from the same core idea.

With the way human perception works, it’s hard-to-impossible to see the dynamic scaling in action. Everything just looks like it should to your brain. But because of the way Radeon Boost ties to movement, it kicks in the hardest when on-screen action’s getting hot and heavy. That’s when higher performance matters most, and you can certainly feel the increased performance when bullets go flying. It’s a killer idea, and seemingly the manifestation of AMD’s 2016’s HiAlgo acquisition, as that company’s HiAlgo Boost operated similarly. (Fun fact: Wasson says Radeon Anti-Lag was a byproduct of Boost’s development process, which has been ongoing for several years.)

While most AMD features work with many games, Radeon Boost takes a whitelist-based approach to ensure it works well with specific titles. At launch, it supports Overwatch, Borderlands 3, PlayerUnknown’s Battlegrounds, Destiny 2, GTA V, Shadow of the Tomb Raider, Rise of the Tomb Raider, and Call of Duty: WWII. It supports those games only in DirectX 11 mode.

We’ve played with it a bit in Overwatch and Destiny. We haven’t had a chance to formally benchmark it yet—Radeon Boost is tied to movement, so it can’t be measured with set in-game benchmarks, and performance varies title-to-title and even session-to-session—the technology certainly seems to work well. I’m looking forward to giving it a more thorough examination soon.

When it rains, it pours. For years, retro gaming enthusiasts begged AMD and Nvidia to add integer scaling to their drivers, which help classic (or classic-styled) pixel graphics look clearer and less blurry on modern display resolutions. For years, it didn’t happen. But Intel’s gearing up to make its discrete graphics debut in 2020, and this summer, the company announced plans to support integer scaling in the graphics chips integrated in its popular processors, adding the capability in September. Spurred into action, Nvidia rolled out integer scaling for GeForce GPUs at the end of summer, and Adrenalin 2020 Edition gives Radeon graphics cards the same capability.

The nifty features AMD added when the Radeon RX 5700 series launched are filling out their feature sets with some much-needed upgrades.

Radeon Image Scaling works wonders, but was limited to the subset of games running on DirectX 9, DX12, and Vulkan APIs. Adrenalin 2020 Edition folds in support for the ultra-popular DX11, a.k.a. the API that most games ship with. AMD’s also adding per-game controls for RIS, moving away from the global approach. You can toggle or adjust it as wanted in-game as long as the feature was enabled before you booted up the game.

Radeon Anti-Lag, on the other hand, adds DX9 support for pre-Radeon RX 5000-series GPUs, as well as a new global activation setting.

Mopping up, you’ll find a few other fresh additions as you poke around AMD Radeon Software Adrenalin 2020 Edition:

Like what you hear? You can snag the Radeon Software Adrenalin 2020 Edition today from AMD’s support site, or by searching for an update in your existing Radeon Software installation.