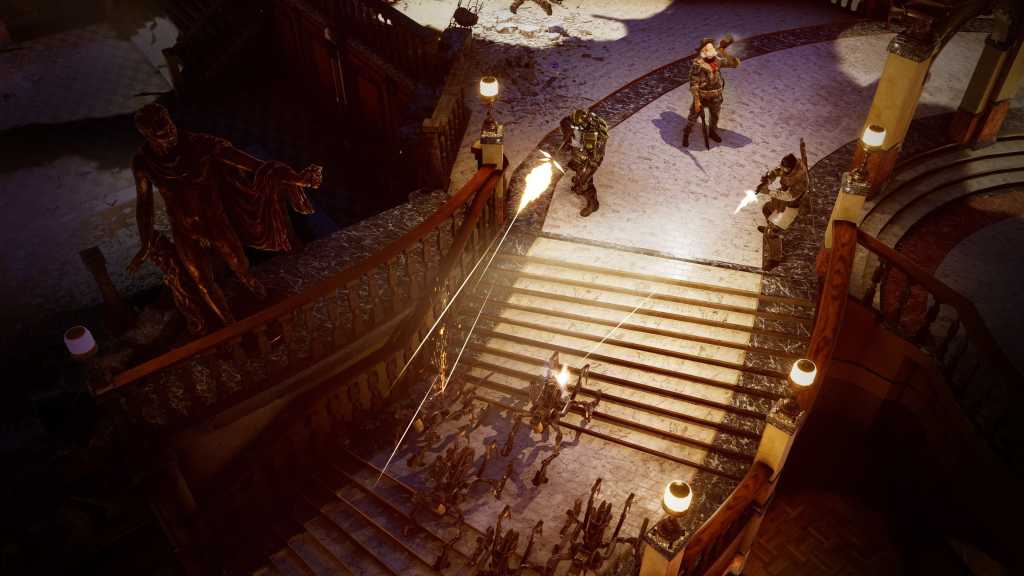 We’re six months away from the release of Wasteland 3. To brush up I’ve been replaying its predecessor and our 2014 Game of the Year, Wasteland 2, and you know what? It’s still great. Sometimes clunky, sometimes unfair, but Wasteland 2 impressed me on the strength of its writing and its writing is still pretty damn good.

But you don’t have to take my word for it. As part of its Winter Sale kickoff, GOG.com is gifting copies of Wasteland 2: Director’s Cut – Digital Classic Edition. That’s a lot of words, but basically means it includes the improved 2015 version of Wasteland 2 (more voice acting, better graphics and performance) plus a copy of the original 1988 Wasteland.

That’s 80 to 100 hours of post-nuclear patrolling, perfect for any holiday breaks you might have. Be sure to grab a copy fast though—like most of GOG’s giveaways, the Wasteland 2 offer only lasts for the next two days, not all the way through the sale.

While you’re there, might as well check out some of the other deals. Nothing beats free, of course, but A Plague Tale: Innocence is marked down 50 percent, Hellblade: Senua’s Sacrifice is $10, Stellaris is $10 as well, and Vampyr is 65 percent off. GOG also has some neat bundles, like five of Paradox’s more recent games at a hefty 64 percent discount.

Not a bad way to start the Winter Sale season. Valve just confirmed this morning that the Steam Winter Sale will start next Thursday, so there’s plenty more to come—but that one probably won’t include any free games, let alone free Game of the Year winners. Kudos to GOG for getting everyone caught up before Wasteland 3 releases in May.