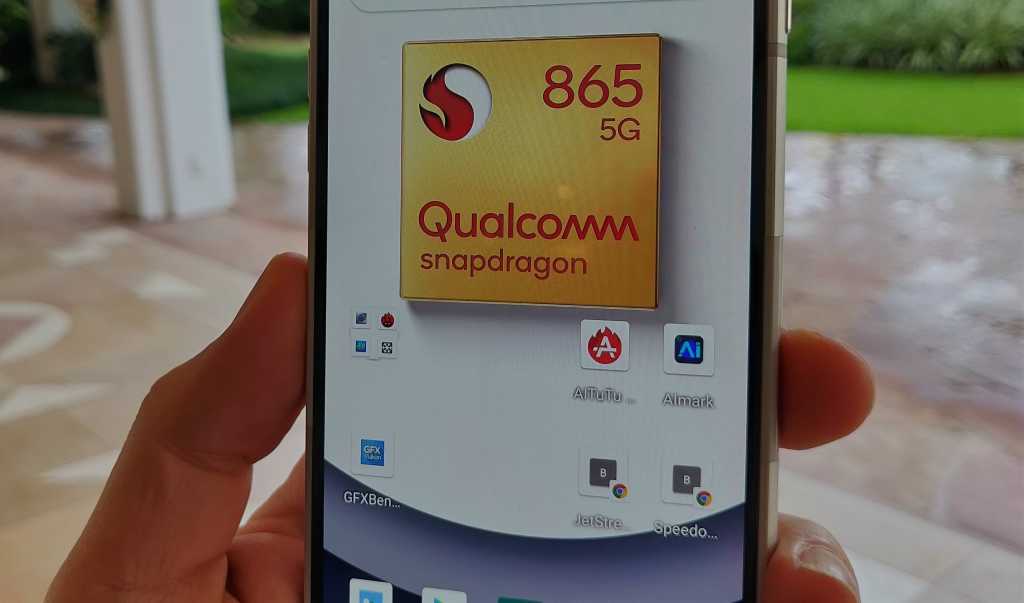 We learned quite a bit about Qualcomm’s next-generation Snapdragon 865 last week, except for one thing: how fast it is. Now we know—it’s potentially the fastest around. Well, around Android, anyway.

While our CPU and PC coverage leans heavily on benchmarking, we tend to focus more on the holistic experience of using phones like the Samsung Galaxy S10+, rather than just the performance. But benchmarks still matter, of course, so we jumped at the chance to test Qualcomm’s new Snapdragon 865 last week, in a demonstration suite at the company’s Snapdragon Technology Summit in Maui, Hawaii.

Keep in mind that these were demonstration devices provided by Qualcomm, and they represent a very specific set of metrics. While our results are certainly indicative of how the chip will perform in the real world, these aren’t real-world phones. The performance will vary by manufacturer.

Indeed, we were able to test the phones both in what you would call the default mode, as well as a secondary mode that leaned more heavily on the “performance” cores of the Snapdragon 865 architecture. These numbers would be a bit more representative of phones that emphasize speed instead of battery life, with several phones offering a toggle to switch modes. (Unfortunately, we didn’t have a chance to test the Snapdragon 765G, which is even more optimized for mobile gaming compared to the 765. Both chips are likely to be very popular among mid-range phones like the Pixel 4a.)

We compared the new Snapdragon 865 to phones using both today’s Snapdragon 855 as well as the Snapdragon 855 Plus, a slightly faster mid-cycle refresh that was introduced in the summer of this year. We also included Apple’s newest A13 Bionic processor, which powers the iPhone 11.

As you can see, the numbers were rather interesting, placing the Snapdragon 865 at or near the top of the heap. (We’ve outlined the “performance mode” graphics in black to differentiate them from the standard, default configuration.) Unfortunately, our limited testing time meant that we didn’t have time to use the reference designs for a prolonged period, and we have no camera testing for you at this point, either.

We also tested the Snapdragon 865 and other phones using the PCMark Work 2.0 benchmark, which demonstrates how it will perform on everyday tasks like web browsing and editing video and images. Unfortunately, Work 2.0 isn’t available for iOS.

As more versions of PC games are ported to smartphone platforms like the Snapdragon 865, we’ll see more and more emphasis being placed on 3D performance. Here, we use 3DMark’s Sling Shot Extreme benchmark to test how well the 865’s Adreno GPU core performs.

We also performed a few more tests, though without context against other phones. Both of the GFxBench Aztec Ruins Vulkan and OpenGL Off-Screen tests yielded 20 frames per second at 1440p, while the similar Manhattan test (1440p, Fixed Time offscreen) yielded 50.38 fps. What’s notable is how far ahead Apple is when it comes to performance. The A13 Bionic already basically laps the 865. Tthe A14 is expected to move to a 5nm process, which should yield another speed boost. At this point, Qualcomm should call it a day and admit it’ll never catch up.

That said, we won’t have any definitive tests of the Snapdragon 865’s performance until we get actual shipping hardware to test. We couldn’t measure battery life at all. As they stand, however, these tests are a good leading indicator that Snapdragon 865 phones should be worth waiting for.

Correction: The Geekbench graph has been updated on Dec. 17 to correct information that was previously incorrectly entered.