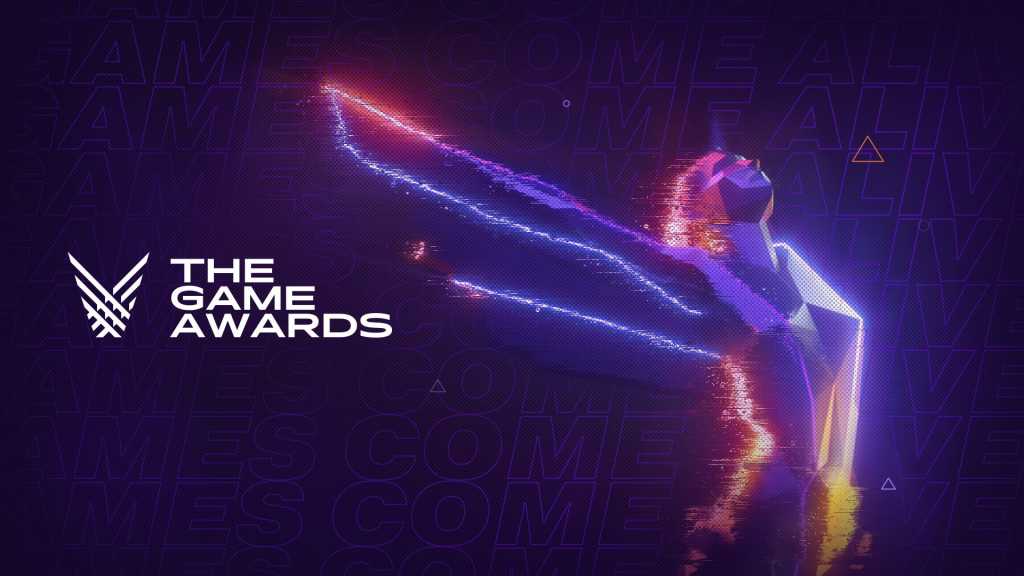 Last night was the sixth annual Game Awards, and per usual that means a raft of trailers. Microsoft dropped a bomb on proceedings, announcing the name for its next-gen console—the Xbox Series X—and showing off the new look. Spoiler: It’s basically a PC.

But there were also over a dozen “World Premiers,” freshly announced games to look forward to in 2020. Hellblade II, a new PlayerUnknown project, a new Dark Alliance game from Wizards of the Coast, and more. You’ll find all the PC-relevant announcements below. (Though really, check out the new Ghosts of Tsushima footage if you get a chance. It’s looking very Sekiro-esque in its latest trailer.)

There wasn’t much in the way of World Premiers during the pre-show—at least, as far as the PC’s concerned. We did however get a new glimpse of Amplitude’s Civilization competitor Humankind, specifically who you’re playing as. Who will Humankind’s Gandhi equivalent be? And the answer is…nobody. Or you, if you’d prefer. You create an avatar who spans all six eras of your civilization, picking up new traits along the way just like your cities. Speaking of which, the rest of this trailer consists of really pretty shots of sprawling metropolises. It’s Endless Legend on a whole new scale.

The biggest news of the night came as a complete surprise: Microsoft unveiled the official name for Project Scarlett, now known as the Xbox Series X. We even got a glimpse of the (very PC-like) box itself.

Phil Spencer brought along another reveal though, a look at Ninja Theory’s Hellblade sequel. Titled Senua’s Saga: Hellblade II, it’s another tour de force of performance capture. Will the actual game look as good as this trailer? Because if so, the next generation already seems pretty damn impressive.

Microsoft had its moment, and then Sony followed it right up—sort of. Gearbox actually did the heavy lifting, showing off a trailer for “looter-slasher” Godfall. From the trailer, I assume you’ll be putting a lot of time and effort into making your characters look as badass as possible. That armor can’t come cheap.

But more to the point, Godfall is the first game flat-out confirmed for PlayStation 5. It’s safe to assume some of the other games we saw during the show will also land on next-gen hardware, but this was Sony’s contribution for the night, its “Hey we’ve got new hardware coming too.” Exciting times. (Don’t worry, it’s coming to PC as well.)

Riot unveiled most of its League of Legends projects a few weeks ago at its anniversary event, but it had a pretty big presence at The Game Awards as well, showcasing some League-themed indies it’s publishing. First up, Ruined King, Given it’s being developed by Airship Syndicate I assumed it would be an action-RPG, but surprise, it’s turn-based. No real footage in this trailer, but I’m curious to see if Riot’s characters carry any weight outside League itself.

Taking a break from the game that sports his name, PlayerUnknown is back with another project—and this one’s much easier to type out. Called simply Project Prologue at the moment, the trailer tells us pretty much nothing about it. The website’s not much better, saying simply that it’s “an exploration of new technologies and gameplay.” Those sure are…words.

Sons of the Forest

I skipped The Forest last year, burned out on survival-games-with-a-twist after finishing Subnautica. This trailer for follow-up Sons of the Forest is making me regret that though—particularly the bizarre dancing spider-lady. The other monsters in this trailer look pretty generic, but that one moment is very unique. And hey, The Forest has an “Overwhelmingly Positive” rating on Steam nowadays. Maybe it’s time to spend some time creepy-hiking.

And the answer is Dark Alliance. It’s not a direct sequel to the Black Isle games from the PlayStation 2 era, but rather a spiritual successor starring Forgotten Realms character Drizzt Do’Urden and other renowned heroes. Ditching the old isometric view for a more modern over-the-shoulder camera, Dark Alliance also supports four-player co-op and will take players back to the famed Icewind Dale region. Am I as excited for this as Baldur’s Gate III? Nah, but it’s neat to see Wizards of the Coast doing something with the D&D license again.

Weird West is another premier that’s more style than substance. Perhaps its pedigree is enough though, as it’s an action-RPG developed by ex-Arkane folks—and with Chris Avellone onboard as a writer. Combine that with an Old West aesthetic and you’ve definitely got my attention, even if this reveal trailer doesn’t actually reveal much.

Path of the Warrior

Our “We’re revealing a game, and it’s releasing right now!” moment of the night came with Oculus and Twisted Pixel’s Path of the Warrior. You can find it on the Oculus store, and I’m pretty curious to give it a try—primarily because of the setup. It’s basically a Streets of Rage-style brawler but in VR, a natural evolution of all those boxing games people keep making.

I didn’t expect Gears Tactics to be quite so nakedly XCOM. I know that’s in vogue, and there are certainly games that have done a lot with XCOM as a foundation—last year’s Mutant Year Zero, for instance. But damn, this gameplay trailer for Gears Tactics looks so familiar, from the interface to the camera angles to the character customization shown off towards the end. Also it’s apparently more than 40 hours long? Get ready to chainsaw a lot of Locusts.

I wondered when Rainbow Six Siege would start getting some competition. From the looks of it, Nine to Five could be that game. Developed by Redhill, a studio made up of the usual laundry list of industry veterans (lampooned at the start of the trailer), Nine to Five is a tactical shooter where corporations rule everything and mercenaries kill with impunity. You know, a real fantasy world. Definitely not the one we actually live in right now.

Anyway, that’s about all we know. You can sign up for the alpha here.

Amazon continues to make great trailers for its upcoming MMORPG New World, trailers that get me excited until I remember how our demo went earlier this year. There are a lot of cool images in this trailer though, from the zombified Roman Praetorians to that big floating volcano at the end. Maybe a year’s delay has made New World a tad more ambitious? I guess we’ll find out in May 2020, provided it doesn’t get pushed back again.

The second League of Legends project of the night was Convergence, described as an “action-platformer” starring League hero Ekko. If I had to guess there’s some Prince of Persia influence here, which is interesting even if I have no real love for the source material.

It feels like none of Bossa’s projects have hit as hard as the one that made them a household name, so I’m not surprised to see them trot out Surgeon Simulator 2. That said, I don’t know what you do with a sequel to improve on the original. Evidently four-player co-op, but what else? Better bone physics? And something to do with…bowling?

The Wolf Among Us 2

Earlier this year LCG Entertainment bought the right to wear the name “Telltale Games” as a sort of second skin. That’s the crucial bit of background you need to know before appraising the so-called “re-announcement” of The Wolf Among Us 2, somewhat cynically billed as “A Telltale Series” in this trailer and sporting the Telltale logo, despite the fact that very few Telltale people (if any) are involved in its creation. On the one hand, I love The Wolf Among Us and I’ve wanted a sequel for years now. On the other, Telltale’s body is still somewhat warmer than room temperature, and this feels like a ploy to take advantage of those who aren’t as tuned into the behind-the-scenes drama here.

But hey, it worked for THQ Nordic I guess. Atari, too. This is hardly the first time we’ve seen a company buy itself a legacy.

Fast and the Furious Crossroads

The deluge of World Premiers ended on an odd note, As Michelle Rodriguez and Vin Diesel so rightly pointed out on stage, there’s never been a Fast and the Furious game. The closest we’ve come is some (mediocre) Forza Horizon DLC and the obvious influence the films have had on the Need for Speed series.

So I should be excited about Fast & Furious Crossroads. They’ve got the actors involved, and the trailer’s got some high-flying stunts that mimic ones we’ve seen in the late-era films. Slightly Mad Studios is involved as well, known most recently for the sim-heavy Project Cars but which also developed two Need for Speed games back a decade ago.

This trailer looks rough though. The characters in particular, which is a shame because they do a lot of talking in this footage. That’s probably a minor concern in a racing game, but a much bigger one when you’re trying to sell your racing game on the back of a beloved license. Fingers crossed, I guess.