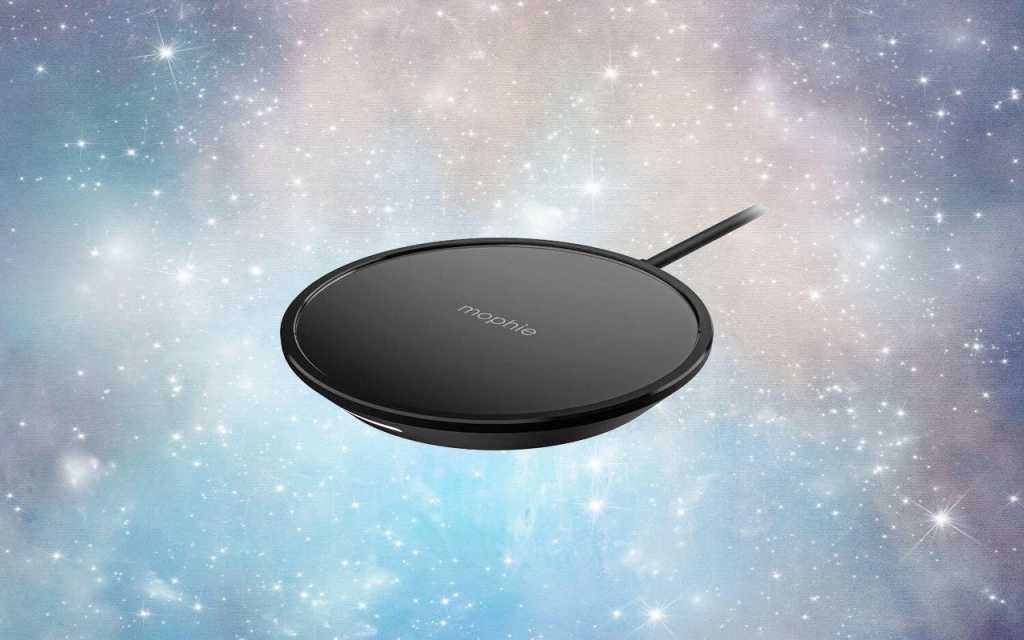 Image: Mophie
At a Glance

Mophie’s Wireless Charging Pad has a simple name and a simple design. It’s a small black (or white) disc with a shiny finish, encircled with a rubber ring that keeps your smartphone from slipping off its surface. A single port on the back accommodates the included power cable with barrel adapter; a status light resides on the front.

Yes, its looks are as basic as a wireless charging pad can get, and we dig it.

The pad is marketed as a wireless charging solution for Apple products, but it’s Qi-compatible, so it will work with most wireless-charging smartphones released in the last few years, including Google’s Pixel and Samsung’s Galaxy lines. It’ll also charge your Galaxy Buds or AirPods.

Capable of charging at up 7.5W, you won’t get any fast charging done on a Samsung device, but iPhone users will get to take advantage of the maximum speed their phones can accept.

When testing the speed, the wireless charging pad surprised us. Using a Galaxy S9, as we’ve done for all previous wireless charging tests, it took an average time of 170 minutes, or 2 hours and 50 minutes, to go from a completely drained battery to full. That’s good enough to put it tied for third-best out of all the pads we’ve tested.

For the iPhone test, we used an iPhone 11 and let it start charging an empty battery and then recorded the result after an hour. After three test runs, the iPhone 11 battery was charged to an average of 39 percent—that’s good enough to put it near the top of the list for speed among the iPhone chargers we’ve tested when you take into account the battery sizes of the various iPhone models we’ve used to test.

You can get the Mophie Wireless Charging Pad for $40 right now, and it’s a steal. It’s well designed and has the performance to match.