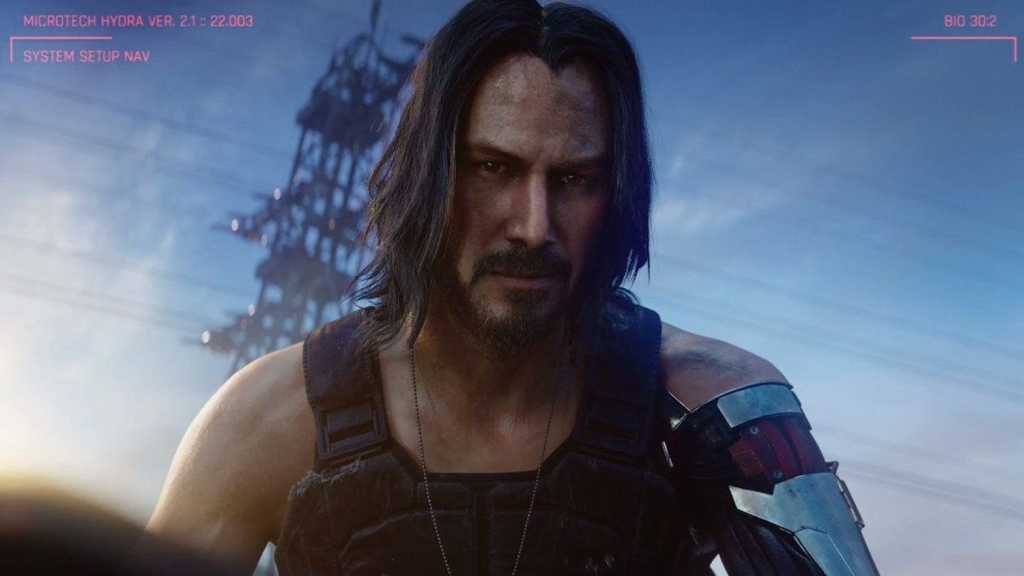 There’s a massive hole in 2020. A blind spot, if you will. Next fall, new consoles arrive. That doesn’t affect us much on the PC side, but it does mean everyone’s playing cards close to their chest at the moment. Holding onto surprises. Keeping quiet about quite possibly the biggest games of 2020.

So as we look towards the coming year, keep in mind we’re only seeing half the picture—if that.

And yet it’s still pretty damn impressive, with Cyberpunk 2077, Doom Eternal, and Dying Light II headlining one of the most packed spring lineups I’ve ever seen. Oh, and lest we forget, there’s a new Half-Life game releasing in March.

These are exciting times, friends.

Ori and the Will of the Wisps – March 11

When Microsoft announced Ori and the Will of the Wisps at E3 2017, I don’t think I ever imagined it would take until 2020 to release. Here we are though, and at least it’s early 2020.

Regardless, the second Ori outing looks every bit as beautiful as the original. It’s got that same soft watercolor look, lots of dark blues specked with pink and green and red highlights. I’ll be curious how the sequel ups the challenge for veterans without making it unapproachable for newcomers—the original struck a tight balance. But either way, I can’t wait to play it finally. It’s more about the spectacle for me anyway.

No, it’s not Half-Life 3. After more than a decade, Valve’s finally putting out a new Half-Life game though, one where you play as Alyx in the events leading up to Half-Life 2. A pre-sequel, to borrow a phrase from Borderlands.

The catch? It’s VR exclusive, a showcase for Valve’s Index headset—and for Oculus, the Vive, or any other PC VR setup you might own. That’s undoubtedly frustrating for anyone who hasn’t made that investment yet, but perhaps Half-Life: Alyx can be as groundbreaking for VR as Half-Life 2 was for physics engines all those years ago. We’ll see.

Doom Eternal was supposed to unleash hell last November, but fell victim to a last-minute delay. Now it’s ripping and tearing its way through March instead.

As we’ve said before, Doom Eternal is just “More Doom,” and that’s not a bad thing. With nearly four years separating the reboot and its sequel, I certainly haven’t tired of semi-mindless run and guns, especially ones that play this slick. Hopefully it’s been delayed for the last time, and we can all get to murdering demons in the near future.

The Resident Evil 2 remake was one of our favorite games of 2019. Using the core story beats of the 1998 original, the updated Resident Evil 2 reimagined Claire and Leon’s adventure with a proper over-the-shoulder camera, a more grounded tone, and an ingenious map. It’s the first Resident Evil game I’ve ever truly loved.

For 2020, Capcom will try to work the same trick again and resurrect Resident Evil 3. I didn’t expect it this soon, but nor am I complaining.

When we saw the first Cyberpunk 2077 demo at E3 2018, I doubted it could run on current console hardware. I still doubt it, honestly.

CD Projekt is determined to prove me wrong though, scheduling Cyberpunk 2077 to release in April. It seems impossible it could live up to the hype, seven years after the original teaser trailer and five years after The Witcher 3. But then again, I would’ve said the same about The Witcher 3 and it’s one of my favorite games this decade. Maybe the favorite.

We haven’t seen nor heard much from Dying Light 2 since E3 2019. That’s…worrisome. It’s an ambitious game, and when ambitious games go radio silent I assume they’ve been delayed.

I wouldn’t be surprised, either. Dying Light 2 is doing branching storylines on a massive scale. The demo we saw at E3 2019 ended with an entire district emerging from underwater, a section of the city you’ll only see if you make certain choices along the way. As Techland put it, “It’s not about which ending you get, but how the city looks when you finish the game,” claiming you’d only see 50 percent of the content in any given playthrough. Pretty cool, but it sounds like a lot of work.

Five years after Wasteland 2 took home our Game of the Year prize, the sequel’s almost ready. What we’ve played so far seemed very cold, with the Desert Rangers trading out sweltering Arizona for the frozen wastes of post-apocalyptic Colorado. It’s still very much Wasteland though, with satisfying turn-based combat and skill checks galore. And given InXile’s track record, I’m sure the writing will be solid. My only hope is that the Microsoft acquisition gave InXile time not only to add more content, but to polish what was already there. I don’t want to wait for the inevitable Director’s Cut this time to get the game as InXile originally intended it.

If it does make it out, it’ll be fortuitous timing. Baldur’s Gate II turns 20 next year, a nice round anniversary worth celebrating with a long-awaited sequel. That said, I’m happy to give Larian as much time as it needs. Following up one of the most beloved CRPGs of all time can’t be easy.

Brenda Romero’s apparently waited decades to make Empire of Sin, a hybrid real-time strategy/turn-based tactics game set in the Prohibition Era. I’m glad it’s finally getting made, because it has some really neat ideas.

Foremost among them is what Empire of Sin calls RPCs or “recruitable player characters.” These are your gang members, and they’re not just faceless grunts. They have personalities, relationships with other characters, dreams and desires. You might recruit a character only to find out her lover’s in a rival gang, and then be able to exploit that—or have it come back to haunt you when she refuses to fire at her lover at a crucial moment. It’s an interesting wrinkle to consider, though I’m curious how often these situations will present themselves outside a demo. We’ll see.

If you shoot at the king, you better not miss. For years Amplitude’s taken potshots at Civilization’s 4X hegemony, with the unique and innovative Endless Legend and then Endless Space 2. But there’s a real battle brewing in 2020, when Amplitude is due to release Humankind.

It’s a direct challenge to Civilization, a historical 4X that starts at the dawn of human civilization and takes it up through the present day. Humankind is no Civilization clone though. Amplitude’s upending the formula, rethinking a lot of the ideas Civilization is so loathe to abandon. Victory, for instance, doesn’t entail outlasting your opponents. “Fame” is the metric for success, and past glories can be as important to securing a legacy as present-day ones. Think of the Roman Empire, the Egyptians, or the Khans.

Interesting ideas, and brave. Exactly what I’d expect from Amplitude.

I never expected a flight sim to be one of my most-anticipated games. Microsoft Flight Simulator is what I’ve always wanted though, drawing upon Bing Maps and Azure to realistically render the entire world. Every city, every town, every mountain or river, every notable landmark and monument, all visible from the cockpit of whatever plane you choose to pilot.

I don’t care much about the flight aspect, but I’m fascinated by digital tourism—as evidenced by my love-hate relationship with The Crew and my continued devotion to Google Earth VR. I can’t wait to hop in a Cessna and fly over the town I grew up in. Bonus points if I can pick out our old house.

All the attention’s on Baldur’s Gate III, Vampire: The Masquerade – Bloodlines 2, Half-Life: Alyx, and other long-awaited 2020 sequels. But Psychonauts 2 is due to release next year as well, and I’m…well, maybe not excited but intrigued, sure. It’s been 15 years since the original came and went, and at least 10 since it started being discussed as a cult classic. Mascot platformers were dated even in 2005 though, and in 2020? It’s tough being a Yooka-Laylee or even a Hat in Time. I’m confident in Double Fine’s ability to surprise people, but I do wonder if Psychonauts 2 will actually appeal to those who waited on a sequel for so long.

Skateboarding games are in a bit of a renaissance at the moment, but none have captured my attention as much as SkateBird. They’re birds! That skate! It’s not the most realistic of skateboarding sims (obviously), nor is it the Tony Hawk successor I really want. But you know what? Sometimes originality counts for more than execution, and SkateBird’s managed to hook me where more serious games like Session and Skater XL have not.

This console generation opened with an ambitious Watch Dogs and it will close with one too. Hopefully Legion lives up to the hype more than the original.

It sounds incredible in theory. Set in modern-day London, there’s no central protagonist. Instead you can recruit and play as anyone in the world. Cab driver? Cop? Beloved grandma? Those guards who wear the tall hats? Any of them could be the main character in your version of Watch Dogs Legion. Or all of them, because when characters die they stay dead. I had a great time shuffling around as an old lady at E3, and am disappointed Legion got delayed later into 2020, if only because I’m curious to test the limits of such a unique system for myself.

Vampire: The Masquerade – Bloodlines 2 is another game that was originally slated for spring only to slip into late 2020. I’d be disappointed, but we waited 15 years for a sequel. A few more months can’t hurt, especially given the original was notoriously broken at release and required fans to fix it up. Hopefully the delay helps avoid a similar fate this time around.

Like Baldur’s Gate III and Half-Life: Alyx, I’ll be curious how Bloodlines 2 fares. It’s hard following up a cult classic, even when you have some of the original talent involved. What we’ve seen so far looks promising, but can it ever meet people’s expectations? I hope so.

Crusader Kings III is another game I doubt releases in 2020, but that’s what Paradox claims and so it goes on the list. After eight years and a dozen expansions, Paradox is finally hitting the reset button and making a proper sequel to the beloved Crusader Kings II. The core is the same, taking over any Medieval ruler and trying to expand their influence across multiple generations through warfare, marriage, strategic heir selection, and religion. But a clean slate allows Paradox to delve deeper into what made the game a breakout hit, expanding on courtly intrigue, dynastic traits, and random events—plus making the map a bit more attractive. If Paradox has learned anything in the last eight years, it’s UI design.

Halo Infinite is the only game I can safely say will ship alongside the new consoles. It’s slated as an Xbox Series X launch title in November.

While Halo Infinite will also appear on the Xbox One it’s really Microsoft’s poster child for next-gen. And it sounds like an ambitious sequel, far more so than Halo 4 and 5. Developer 343 Industries is reputedly ditching the old formula, adding in RPG mechanics and telling IGN it’s a “spiritual reboot” of what’s traditionally been a straightforward shooter series.

Best of all: It’s the first Halo to debut day-and-date on PC ever. Hopefully they picked a good one to do it with.