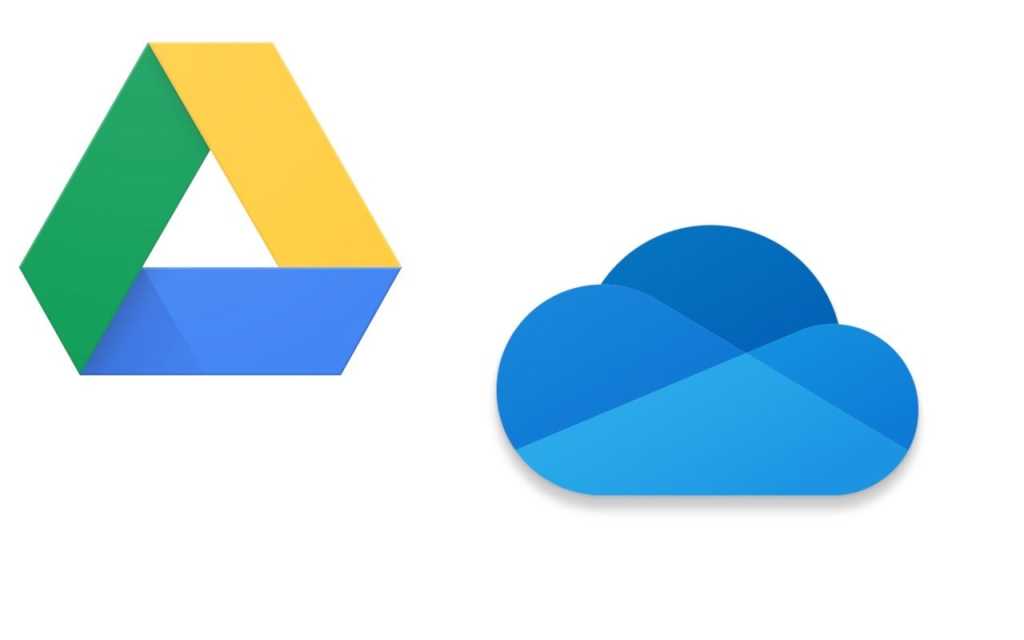 There are three cloud storage service that most people consider using: Dropbox, Google Drive, and OneDrive. More often the choice is coming down to the latter two. The magic combination of price and the convenience of integration with other Google and Microsoft services make them top choices.

While both services offer the same basic thing—a ton of online storage at a good price—there are some key differentiators that make each service the right choice depending on your needs.

The first big difference is what you get for what you pay. Anyone looking for the lowest price for the most online storage should be looking at Google. The company has an umbrella service called Google One that gives you shared storage that works across all your Google services including Drive and Photos. You can also extend the storage to people in your Google Family.

First, there is the free plan with 15GB that all Google Account users get by default. Anyone who needs more storage than that can pay $20 a year for 100GB of storage, $30 for 200GB, or $100 for a whopping 2TB. The latter also gives you 10 percent back (as store credit) from purchases in the Google Store.

Microsoft’s pricing is a little different. Instead of charging just for storage, Microsoft folds OneDrive into a Microsoft Office subscription. Office 365 Home costs $100 per year, and with that you get Word, Excel, PowerPoint, Outlook, as well as Access and Publisher for PC, and 1TB of OneDrive storage. On top of that, Office 365 Home can be shared with up to five more people in your family each with their own 1TB of storage. Alternatively, you can pay $70 for Office 365 Personal, which gives you Office and a single 1TB of storage.

You can also pay more to add extra storage to your single account. If you wanted 2TB of storage, for example, you’d pay an extra $10 per month or $120 per year. That’s more than double what you’d pay for Google, but on top of the storage you get Microsoft Office. If you’re only interested in OneDrive storage then you can get 100GB for $2 a month, but the focus with Microsoft is on OneDrive as part of an Office 365 subscription.

Both services offer good value but for different reasons. If you want the most online storage possible at the best price then Google is the obvious choice. If you’re more interested in integrating online storage with Microsoft Office then OneDrive is the way to go.

When it comes down to search there are noticeable differences between the two and, no surprise, Google has the clear advantage. When you search on Google Drive potential results start populating right below the search box as you type. That’s great if you’re searching for something with a specific word in the title or early on in the content of the document.

Contrast that to Microsoft’s OneDrive search, which does nothing until you hit Enter on the keyboard.

OneDrive, as any Windows 10 user knows, is built right into the operating system. Once you sign in you can access all your OneDrive files right from Explorer, as well as decide which files you want on your local computer, and which ones can stay in the cloud.

You can do the same thing with Google Drive, via an app Google calls Backup and Sync. Just like OneDrive it behaves like a folder on your computer, and all data is synced with Google Drive online.

Neither service offers end-to-end encryption. This means they don’t offer the option to encrypt files on your PC, send them up to the cloud (over an encrypted channel), and then sit on Google or Microsoft’s servers with only you holding the key to decrypt them.

Instead, your files are sent to the cloud via HTTPS encryption, and then both Google and Microsoft encrypt your files using their own keys. This use of encryption makes it much harder, if not impossible, for hackers to decrypt your data if they ever broke into the OneDrive or Google Drive servers. It does, however, mean that these companies can still read your files, if they want to, or hand them over to law enforcement if they were compelled to do so.

Hackers breaking into Microsoft or Google owned servers to steal your Fantasy Football game plan isn’t all that likely. Stealing your account credentials to get at your plans, however, is very possible.

The problem with cloud file accounts is that if a hacker gets the username and password, they get access to everything. OneDrive recently introduced a feature that helps guard against that called Personal Vault.

This feature doesn’t add encryption to your files. Instead, it adds an extra layer of authentication for sensitive files, such as a fingerprint or face scan, a PIN, a code from your authenticator app, or an authentication code sent to email or SMS. Personal Vault doesn’t seem to support security keys just yet—though you can use a Yubikey to get authenticator codes. Users with a free account can add up to three files, while Office 365 subscribers can add an unlimited number up to their storage limit. Once you open your Personal Vault it remains open until Microsoft detects 20 minutes of inactivity with your files.

We wouldn’t recommend this feature as a stand-in for documents that should be protected with E2EE, but it’s a nice addition.

We’re going to call this one a tie. Look, both services work very well, but they work well for people with different needs. If you’re all about the desktop and Microsoft Office then OneDrive is the obvious choice. If you like the notion of the Personal Vault then you should also go with OneDrive.

If, however, everything you do revolves around Gmail, Docs, and Sheets then Google Drive is the best choice. Google Drive is also best for those who are purely interested in getting as much storage as possible at the best price.

It comes down to what your needs are. Once you know that, the best choice between these two services becomes obvious.