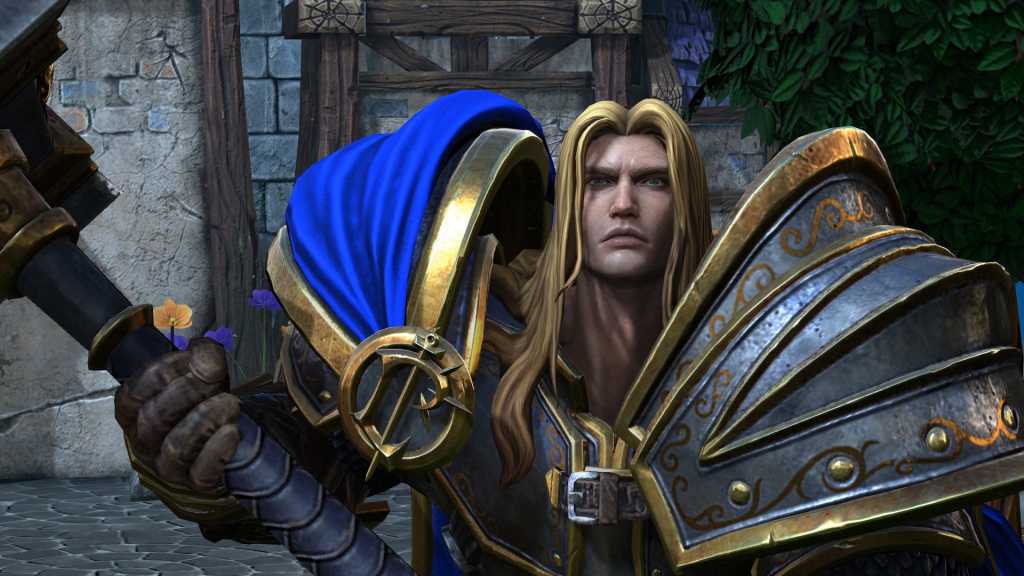 Well, this is it. The end of 2019, at least so far as I’m concerned. The verdicts are in, our Games of the Year list is out, and I can retire to a quiet life of playing Destiny 2’s Dawning event. In two weeks when Brad Chacos arrives on my loot farm I’ll tell him “I’m too old for this” before quietly picking up my gun and heading back into the trenches. Or something. Metaphors.

Anyway, there’s one last trickle of news this week. Not even a trickle, really. Droplets from a leaky faucet. The Warcraft III remaster got a release date though, Wizards of the Coast confirmed five or six more Dungeons & Dragons projects, Sony gave the DualShock 4 a third leg, and Stadia did more Stadia stuff.

On the second day

We’ve already posted about Epic’s 12 days of freebies, so I won’t belabor the point here. Just know that today’s (meaning Friday’s) free game is TowerFall Ascension and if you’ve waited more than 24 hours to read this then that news is no longer accurate and there’s a new free game to grab. Head over to Epic and grab…something. Do it again tomorrow, and the day after, and the day after, and…

It’s weird to think we’ll be in 2020 in a few scant weeks here. When we arrive on those futuristic shores though, Total War: Three Kingdoms’s latest DLC will be there waiting. Subtitled Mandate of Heaven, it’s the most ambitious expansion so far: A prequel that allows you to take control of the once-mighty Han Empire, now on the verge of collapse. And once you’ve played through that, you can roll right into the main campaign. I’m definitely curious to see how Creative Assembly makes playing the “loser” entertaining.

Also due out in January is Warcraft III: Reforged. Blizzard didn’t quite hit the 2019 target, but releasing at the sleepy start of 2020 seems like a decent compromise. The exact date is January 28, and you can check out the video below for a supercut of footage from both the game itself and the cleaned-up cinematics.

Last week at the Game Awards, Wizards of the Coast unveiled a new Dark Alliance game. That, plus Larian’s work on a new Baldur’s Gate, already signaled good times ahead for Dungeons & Dragons fans. Turns out those are just the start though. Speaking to Gamesindustry.biz, Wizards of the Coast confirmed this week it has “seven or eight” games planned for the near future. I doubt any of them are Planescape related, but…

The slow absorption of Telltale’s legacy by another company continues this week, as Batman: The Telltale Series finally made it back onto PC and consoles. That’s good news, as the Batman game was one of the few late-era Telltales that really captured and held my attention. The re-release is dubbed the Shadows Edition though, and apparently comes with a Sin City style black-and-red filter over everything. You can remove it, but still…it’s a bit weird to see “Telltale” making changes like this to the back catalog they bought.

Maybe we’ll all forget in a few years, but come on, Telltale’s corpse isn’t even all that cold yet.

Kerbal Space Program creator Felipe Falanghe departed the project in 2016 saying he wanted to “create more than one game in my life.” Now in 2019 we know what that second game will be, and it’s Balsa Model Flight Simulator. Falanghe’s abandoned space for in-atmosphere flight, but otherwise the two bear some pretty striking similarities. Build planes, fly planes, (probably) crash planes. I’m looking forward to this one in 2020.

Tale as old as time: Trend starts, everyone hops onto trend, trend collapses under its own weight. As soon as Playerunknown’s Battlegrounds took off, you knew battle royales were headed for a similar fate. The latest indication? Planetside Arena launched in Early Access in September, and is shutting down in January. Battle royale is especially take-no-prisoners given that games require around 100 people. It’s hard to sustain any multiplayer population, let alone one with those demands.

Anyway, Daybreak is working with Valve to make sure everyone gets refunds and luckily it sounds like nobody lost their job this time. If you’re considering a battle royale in 2020 though…maybe it’s time to look for a new trend to bandwagon.

The Outer Worlds seems like a pretty neat-and-tidy experience, but apparently Obsidian sees room to add more. This week we got confirmation The Outer Worlds will receive DLC next year, “expanding the story” in some way. It seems impossible to tack story onto the ending, so I assume you’ll need to start a new character (or load up a previous save) to take advantage. I’m curious what gets added though—and I assume it has to do with the “locked” planets on the map screen. Adding more substance to Byzantium might help prop up the final third of the game as well. We’ll see.

Rainbow Six Siege started as a grounded and mostly realistic tactical shooter. Four years later, it’s turned into essentially a G.I. Joe homage. Hell, the animated trailer for Operation Shifting Tides is essentially a Saturday morning cartoon short. It’s not a bad change per se, but it’s definitely different. Curious what 2020—and the new consoles—mean for Ubisoft’s most successful game this generation, especially with the core development team transitioning to a new project.

I thought for sure grip buttons would come standard on next-gen controllers. Microsoft’s already showed off its new console hardware though and…nope! No grips. There’s still time for Sony, but maybe they’ll just stick to selling bizarre hacks instead. This week we got a glimpse of the forthcoming “Back Button Attachment,” a $30 accessory that plugs into the headphone jack at the bottom, adds two grip buttons to the rear of the DualShock 4, and features an OLED screen for programming the thing on the fly. Also it adds an unsightly, maybe not-safe-for-work bump to the bottom of your controller.

I’m a bit tired of these hardware hacks, honestly. With developers unable to count on having the additional buttons, nobody programs for them—meaning the best you can do is remap existing buttons to your “new” inputs. With games like Red Dead Redemption II tying hands into knots, it’d be nice to see controllers expand a bit. Alas, maybe in 2027.

If you’re going to go big, go big. Battlefront II’s Rise of Skywalker update consists of a new map and some new units, which any other game would announce with a 30-second teaser or maybe just a blog post. DICE has gone all-out with a cinematic trailer though, a two-minute short story that makes Battlefront II seem a hell of a lot more compelling than it actually is—or maybe it’s improved that much since I last played it?

Let’s end the year with Stadia, shall we? First, the good news: Stadia finally added achievements this week—or rather, it surfaced achievements you’d already been earning in the background. Only a month after launch! If only Epic could be so expedient.

Now, the bizarre: Stadia also added Borderlands 3 to its lineup this week. Fine—except in another example of “Maybe Stadia’s incredibly difficult for developers to work with,” it’s a version of Borderlands 3 from October 24. Any patch, balance change, or content update added in the ensuing two months? That won’t be added until early 2020.

New platforms have growing pains, but Google’s had a hell of a lot since Stadia went live in November. Here’s hoping the new year is a new beginning for Stadia—or that Microsoft’s xCloud hurries out of beta.