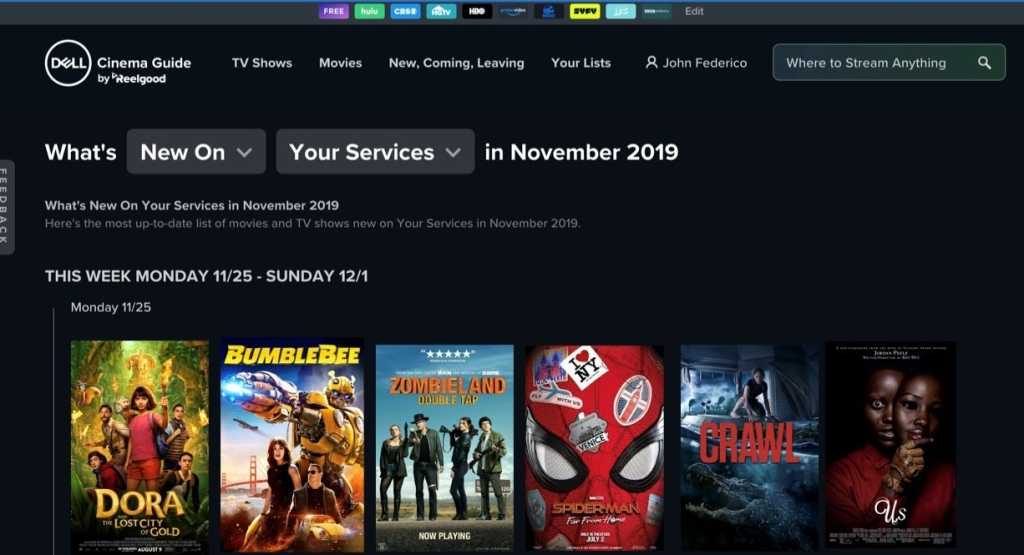 Dell’s new Cinema Guide is the company’s entry into the category of discovery apps for streaming videos, complete with a searchable directory that spans a variety of free and subscription services.

Due to arrive in the Microsoft Store later this year, the free app, which will be compatible with Windows-based PCs and laptops (not just Dell systems), lets you create a profile and then designate which streaming services you want to search. You can also search every streaming service that’s available in the app. Dell is promising access to more than 200 streaming services when Cinema Guide launches.

Dell Cinema Guide follows the separate Dell Cinema, introduced two years ago. That’s an app for Dell XPS laptops and PCs to optimize your system’s display, speakers, and networking performance for viewing streaming video content. Cinema Guide is about the content rather than the experience, making it easier to find what you’re going to watch.

The guide shows you which videos are coming and going from your favorite streaming services, and it will let you know when new episodes are available for a TV series on your “watch” list. You’ll be able to browse, sort, and filter search results by release date, popularity, genre, content type (either “movie” or “TV show”), and so on.

If the Dell Cinema Guide looks familiar, that’s probably because the guide is a “Dell-specific iteration” (so says a Dell rep) of Reelgood, an existing streaming media discovery engine that lets you search for streaming TV shows and movies on subscription services such as Netflix, Hulu, Amazon Prime Video, and Disney+, along with free video streaming services.

For example, Dell Cinema’s CinemaColor feature serves up picture profiles to help boost the display’s contrast, while the CinemaSound settings can expand your speaker’s audio sound stage while boosting the “perceived” bass response.