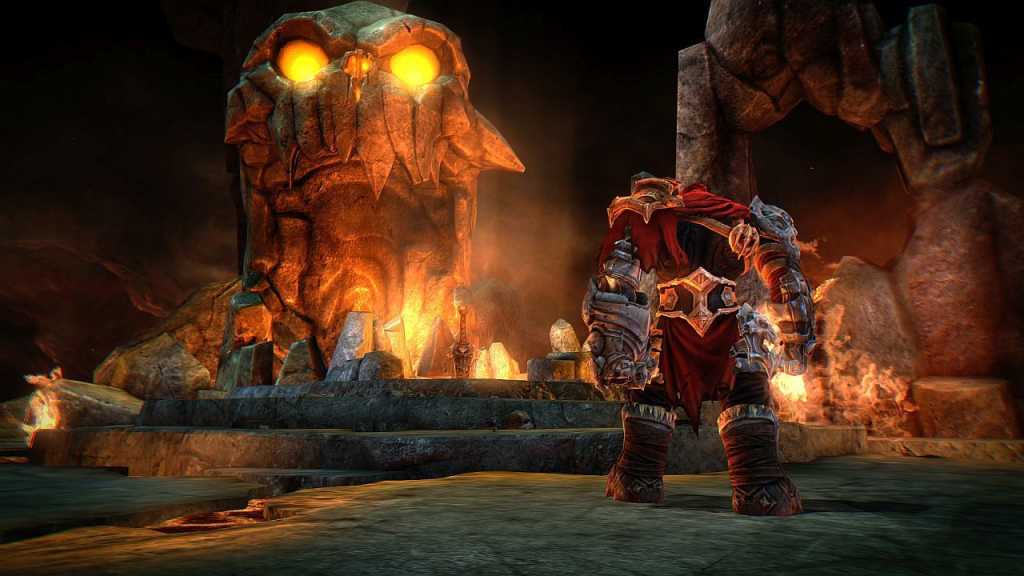 If you thought Epic’s twelve-games-over-twelve-days giveaway might mark the end of the weekly freebies, think again. Quite the opposite, as Epic’s kicked off 2020 with not one, not two, but three different free games up for grabs. Two are from the same series, but even so it’s pretty damn generous.

The pair in question? The first two Darksiders games. The original is one of my favorite Zelda games ever—a comparison you’ll understand after you’ve played it. Imagine Zelda, but with the grittiness of a mid-‘90s graphic novel. You know, massive shoulder pads, demons and angels, the four horsemen of the apocalypse, a horse that’s on fire, et cetera. It’s a relentlessly dumb series, but earnest about its dumbness, a quality I always appreciate. And the original is a really satisfying adventure, with War fighting against the forces of both Heaven and Hell to control the Apocalypse (with a capital A).

I didn’t love the sequel nearly as much, as it ditched the elegant Zelda dungeon design for an open-world loot grind—and spun its wheels on the story too, a problem that continues through the third entry as well. But still, Darksiders and Darksiders II for free? Not bad.

The third game’s a bit weirder. In addition to Darksiders, Epic’s giving away copies of Steep, Ubisoft’s winter sports simulator. I confess, I only played maybe three hours of Steep before ditching it. It’s more Skate-with-snow than the arcade-y SSX successor I was looking for, and I never quite clicked with the controls whether skiing, snowboarding, or soaring over the mountain in a wingsuit. Maybe you’ll have a better time though—either because you love winter sports, or because Ubisoft’s updated it a million times since release. I don’t know what state Steep’s in nowadays, but undoubtedly better than it was when I played it three years ago. And hey, you don’t find big-budget snowboarding games very often. Especially free ones.

In any case, it’s an auspicious start to 2020. I doubt Epic will keep up the three-games-a-week pace going forward. Hell, even two-games-a-week seems like a grueling pace to maintain. I’m done placing bets on Epic’s generosity though. I’ve thought “Surely this is the end of the free games” on three or four different occasions now, and Epic’s only cranked the spigot open more each time.

Now imagine if Epic gives away some of its high-profile 2019 exclusives the same week the exclusivity expires and they’re due to land on Steam. That would make 2020 interesting indeed.