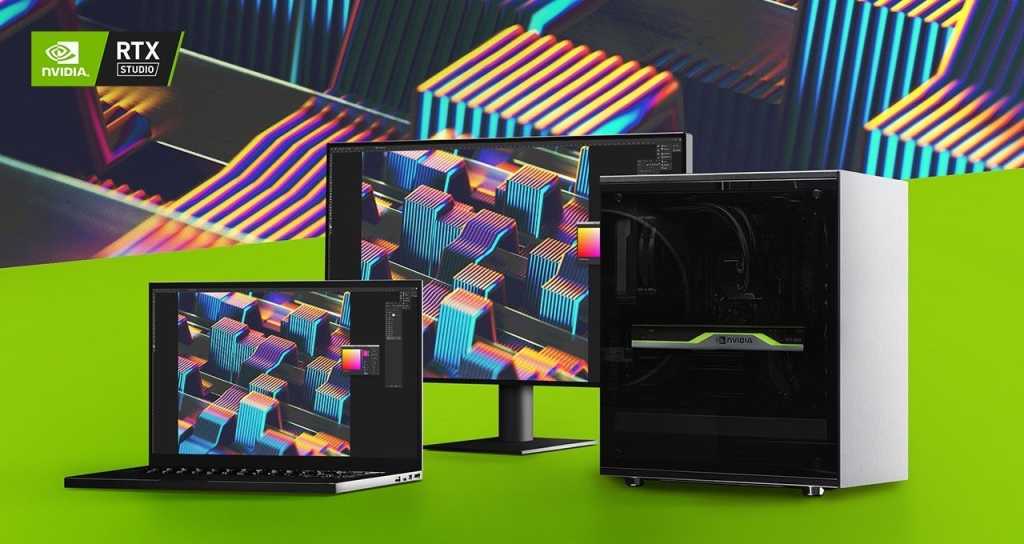 And it’s not just big OEMs. Nvidia said it’s also adding system builders such as CyberPowerPC, MainGear, Origin PC and NZXT in the US, along with Scan and MIFCOM in Europe, and Colorful, iPason, NINGMEI and Raytine in China.

Nvidia has been on a tear to build up support for its RTX Studio initiative since introducing it last year at Computex. It’s since added 10-bit driver support for GeForce (long overdue), and has received support for RTX Studio from Adobe and AutoDesk.

To score the three free months of Adobe Creative Cloud, Nvidia said consumers have to buy a qualifying desktop or laptop that will come with a code that can be redeemed for the offer. And, yes, if you’re already an existing Adobe Creative Cloud customer, you can stack the offer on your plan to net three free months extra. By our estimates, that could be up to $53 a month, or a $159 value if you’re on an annual subscription. That’s pretty good, given that most creators are likely planning on buying or already paying for Creative Cloud. It gets sweeter if you’re the kind of person who goes month-to-month,  which costs $79 a month.

If you’re wondering if you can get the offer if you buy a new GeForce RTX card or already own one, the answer is no. Nvidia officials said it must be on a new PC, not a component.