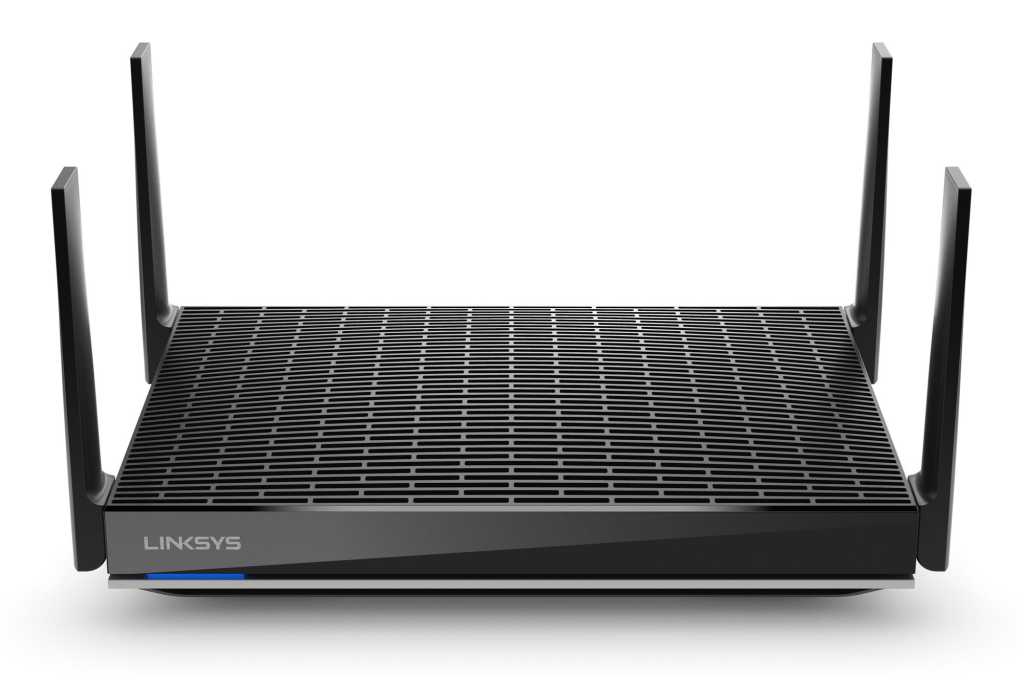 Linksys is showing two Wi-Fi 6 (802.11ax) mesh products at CES this year, although they have provided the press with scant information about either unit ahead of the show. Here’s what we know so far.

The Linksys MR9600 is a dual-band (2.4/5GHz) mesh router capable of supporting up to eight spatial streams. Although it’s a single device, it can be expanded with Linksys Velop mesh nodes or a Velop mesh router, presumably one configured to operate as an access point.

Pictured up top, the MR9600 is housed in a somewhat conventional form factor with four external antennas. Linksys set a retail price of $399.99 and expects to ship the router sometime in the spring.

The Linksys Velop AX4200 is a Wi-Fi 6 mesh system consisting of a router and one satellite node supporting eight simultaneous spatial streams. This is a tri-band system that will operate one network on the 2.4GHz frequency band and two discrete networks on the 5GHz band (splitting the upper and lower channels in that spectrum). If this router operates like its tri-band Wi-Fi 5 counterpart, one of the two 5GHz networks will be used for dedicated wireless backhaul. Linksys says users can expect the system to blanket 3,000 square feet per node.

The Velop AX4200 resembles the first generation in the Linksys Velop product line, with its antennas hidden inside a columnar industrial design. It is also expected to ship in the spring, with a list price of $299.99 for a single unit and $499.99 for a two-pack.

We’ll update this story as soon as we can obtain more details about both products.