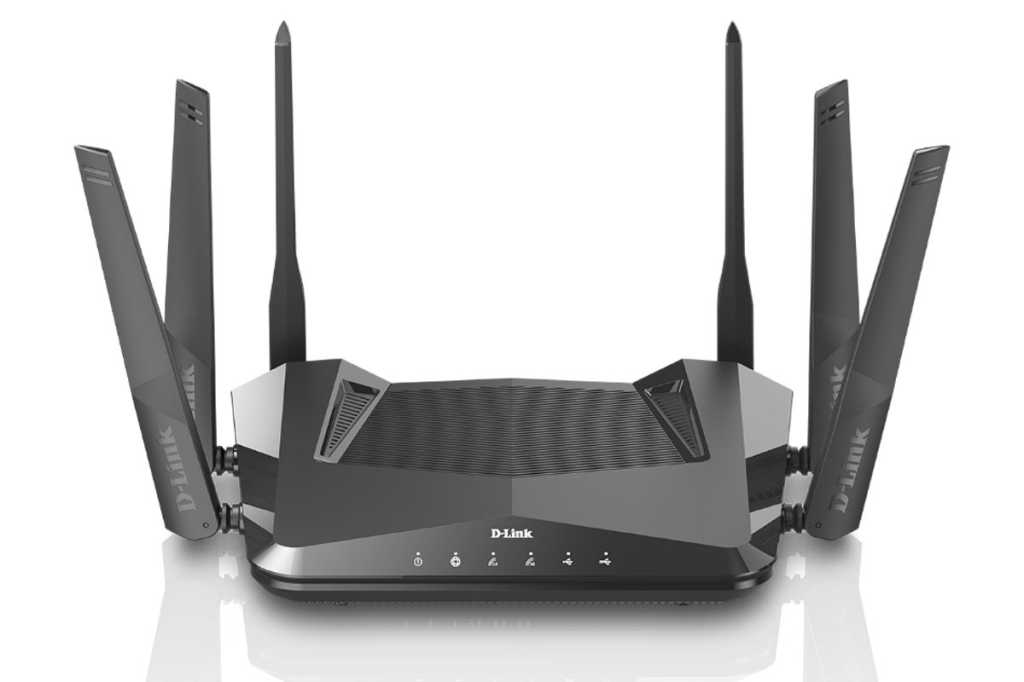 D-Link is making its home-networking CES announcements early this year, revealing seven new mesh Wi-Fi routers, one whole-home mesh Wi-Fi system, and a pair of mesh Wi-Fi range extenders that will ship before the end of the third quarter of 2020.

D-Link says each of the routers will be compatible with the Wi-Fi Alliance’s EasyMesh specification, enabling them to work with other manufacturers’ home networking equipment that adheres to the same standard.

The top-of-the-line D-Link DIR-X5460—pictured up top—will support two spatial streams on the 2.4GHz frequency band to support theoretical throughput of 574Mbps, and four spatial streams on the 5GHz band for a whopping 4,804Mbps of theoretical maximum throughput. The $280 router will be outfitted with six external antennas, four gigabit LAN ports, a single gigabit WAN port, one USB 2.0 port, and one USB 3.0 port. D-Link expects to ship the DIR-X5460 sometime in the first quarter.

The more affordable D-Link DIR-X2460 will offer the same performance on its 2.4GHz network, but it will drop to three streams on the 5GHz side to deliver theoretical maximum throughput of 1,802Mbps. It will have the same LAN/WAN port configuration, but it won’t have any USB ports. D-Link expects to fetch $160 for the DIR-X2460 when it ships in the third quarter.

D-Link also announced the first Wi-Fi 6 model in its COVR series of mesh routers. D-Link describes the COVR series as having a lifestyle form factor, since the router’s antennas are hidden inside their enclosures. The columnar, four-antenna COVR-X1872 will support two spatial streams on its 2.4GHz network to deliver theoretical maximum throughput of 574Mbps, and four streams on its 5GHz network to support throughput up to 1,201Mbps.

Unlike many of its competitors, the COVR-X1872 will have four gigabit LAN ports in addition to a single gigabit WAN port; most routers in its class offer just one of each. The COVR-X1872 will cost $270 when it ships in Q2.

If you’re satisfied with your router’s performance but need to improve its range, D-Link announced two new Wi-Fi 5 range extenders that will be available in the first quarter of this year (the $100 DAP-1755 and $110 DAP-1955), and one Wi-Fi 6 range extender (the DAPX1870, $130) that it expects to ship in Q2. Each of the range extenders is designed to plug directly into a wall outlet.